Symptoms Of Vyvanse Abuse And How To Identify Them Timely

Vyvanse is a drug that is prescribed to treat attention deficit hyperactive disorder (ADHD) in children and binge eating disorder in adults. However, the drug can become addictive when abused. It is, therefore, important to be able to detect symptoms of Vyvanse abuse because continual use can cause over-dependence on the drug. Like all the other addiction, Vyvanse addiction can be overcome once the Vyvanse symptoms have been detected and acted upon appropriately.

According to the U.S. Library of Medicine, the visible Vyvanse signs and symptoms  include:

Prompt detection and appropriate response to lisdexamfetamine signs in some severe cases can be the determining factor. Often, Vyvanse can cause tiredness. Since the drug is prescribed as a treatment for ADHD, patients abusing the drug may develop resistance over time. This, then, leads to the patient increasing the dosage, although Vyvanse dosage is determined by weight, to keep up with the increasing resistance.

These are symptoms that the patient may experience based on how they emotionally feel. Other people may not observe any Vyvanse symptoms. It is, therefore, up to the patient to seek rehabilitation help. Once a patient starts abusing the drug, the brain’s hormonal balance is distorted. Hence, the following psychological symptoms of Vyvanse abuse are experienced:

Lisdexamfetamine increases the dopamine and norepinephrine levels in the brain both which function as neurotransmitters. Norepinephrine is used to mobilize the body for action while dopamine stimulates pleasure and reward in the body. An increase in the release of these two chemicals in the brain can cause unprecedented psychological symptoms in the patient. In some cases, the Vyvanse overdose symptoms such as depression result of imbalanced hormonal levels in the brain. It has also been reported that 40mg of Vyvanse lasts about 4 hours in the brain.

There are several personality and behavioral changes that can be considered as signs of Vyvanse abuse. It is a red flag when someone who used to be friendly and sociable becoming more reserved and socially awkward. Therefore, seeking professional help from rehabilitation centers should be considered. However, one’s behavior is relative, and these signs can be not related to lisdexamfetamine abuse. Hence, changes should be monitored over time.

Rapid changes in one’s behavior is a clear indication that something is up. It may not be Vyvanse addiction symptoms, but close scrutiny is essential. With increased production of dopamine and norepinephrine in the brain due to Vyvanse use, there are bound to be behavioral changes. Some of them are: 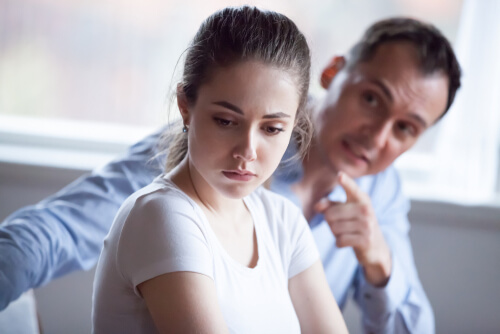 People with other health problems such as high blood pressure, seizures, heart disease, glaucoma, liver disease, kidney disease, and anxiety disorders are vulnerable to severe symptoms of Vyvanse if being abused. Not only do they risk aggravating their ailments but they also may exhibit symptoms such as:

Due to the severity of certain conditions such as heart disease and hyperthermia, Vyvanse addiction symptoms can result in sudden death of prolonged abuse.

Why It Is Important To Know The Signs

Early detection of lisdexamfetamine symptoms in some cases could be the determining factor in whether the victim lives or dies. For parents, it is critical to know the signs of Vyvanse abuse because they need to prevent their children from becoming dependent or addicted to the drug. According to the National Institute of Health, 22% of Canadian students who took amphetamines either sold or gave them away willingly. College students, in particular, abuse the drug to manage education or social life.

What To Do If One Has Noticed The Signs

Those who are already addicted may show strong Vyvanse withdrawal symptoms once they suddenly stop using the drug. Therefore, a process should be followed to help the drug abuse victim. People with substance abuse disorders usually are afraid of what will happen if the drugs are taken away. The following step by step guide can help:

Vyvanse abuse symptoms can have adverse effects not only on the substance abuse victim but also on family and friends. It is, therefore, important to get professional addiction treatment in the rehabs and drug centers, once these signs and symptoms have been noticed. Seeking this kind of assistance will help one struggling with Vyvanse addiction overcome it in a safe environment.