Side Effects Of Vyvanse Use While Pregnant And Breastfeeding

Pregnancy is a period when many women may experience hyperfocus on their babies, be more acutely aware of their bodies, and often display more caution in everyday activities. Taking any medication during pregnancy, therefore, can be scary. As a prescription drug, Vyvanse medicine raises even more concerns regarding its safety for the child since lisdexamfetamine is a powerful stimulant. That’s why it is worth discussing Vyvanse side effects in females, as well as the advantages and disadvantages of ADHD drugs for pregnant women.

Lisdexamfetamine is used to relieve such symptoms of ADHD as impulsivity, hyperactivity, and inability to concentrate on one activity for long periods. It is one of the most effective ADHD medicines due to its stimulant properties and low potential for abuse. Although lisdexamfetamine is given to children as young as 6 years of age, there are many controversial opinions about Vyvanse and pregnancy.

Is Vyvanse Safe During Pregnancy?

According to the FDA, Vyvanse pregnancy drug category is C. Category C medicines have a somewhat ambiguous status with no clear indication of the level of potential risks. Such drugs have evidence of causing harm in animal studies, but their adverse effects on the fetus have never been examined in controlled human studies. The general guideline for the doctors is to prescribe amphetamines only if the benefits of treatment greatly outweigh the potential risks.

Vyvanse influence on pregnancy tests has never been sufficiently studied, and there is no proven data to support any of the opinions on the matter. However, there are no chemical factors that could suggest a possibility of Vyvanse causing a false positive pregnancy test. If in doubt, a woman who suspects pregnancy may take a blood test that would allow to confirm or disprove it accurately.

Risks Of Taking Lisdexamfetamine During Pregnancy 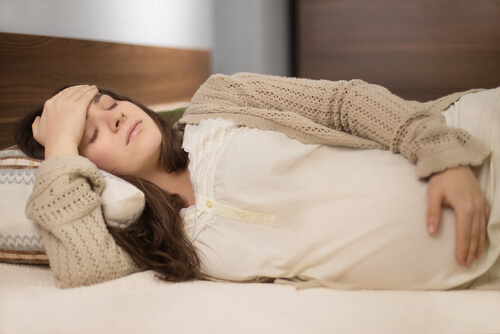 Effects Of Vyvanse On Pregnancy

Potentially, Vyvanse treatment during pregnancy can cause birth defects. CDC reports that taking Vyvanse in early pregnancy may result in the child suffering from various conditions, including:

Although the effects of lisdexamfetamine are poorly studied, there is evidence of damage done by amphetamines in addicted women. The consequences of amphetamine abuse during pregnancy include premature delivery, low birth weight, and chronic hypertension. Infants might also display symptoms of amphetamine withdrawal such as agitation, excessive drowsiness, and feeding difficulties. That’s why it is critical to start addiction treatment as soon as possible to minimize health risks.

It is generally recommended to stop the use of Vyvanse while breastfeeding. Dextroamphetamine, produced when lisdexamfetamine is metabolized, is excreted into human milk and can affect a child adversely, especially when a high dose of Vyvanse is taken. Another factor that influences the child’s level of exposure to the drug is how long a 30 mg dose of Vyvanse lasts. This average dose of the drug is removed from an adult’s system in approximately 14 hours after the ingestion, making Vyvanse one of the most long-lasting ADHD medicines. There is also a possibility of lisdexamfetamine interfering with milk production in women who experience problems with lactation.

At the same time, there is evidence indicating that nursing infants might not be affected by dextroamphetamine when the mother takes the drug as prescribed. Breastfeeding on Vyvanse is a sensitive issue that has to be resolved individually through evaluating the patient’s needs and physical condition to determine whether the treatment will bring a nursing mother significant benefits.

Alternative ADHD Medication To Use During Pregnancy

Taking Vyvanse while pregnant might not be an option for some women, and managing ADHD can become much harder. If the use of lisdexamfetamine is strictly prohibited, a pregnant or nursing woman might benefit from certain natural alternatives to Vyvanse. 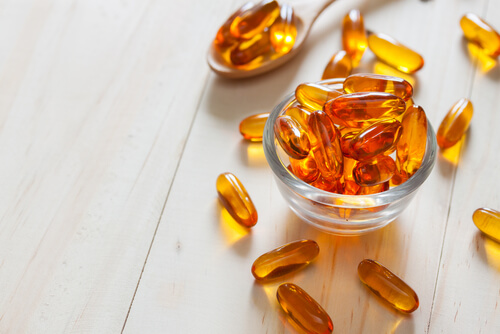 Yerba mate is another type of tea that is valued for its stimulating properties. Yerba mate contains caffeine and a broad range of vitamins that allows it to greatly improve concentration for short periods of time.

Overall Pros And Cons Of Lisdexamfetamine For Pregnant Women

Vyvanse pregnancy risks are relatively concerning, although they don’t manifest frequently or severely enough to deter a woman from taking her prescription. Most of the symptoms occur when Vyvanse is used in the first trimester of pregnancy. Some of the side effects lisdexamfetamine might have on a pregnant woman or her baby are premature birth, low birth weight, transverse limb deficiency, and chronic hypertension. Vyvanse can also get excreted into the milk. At the same time, quitting the drug may result in worsening of ADHD symptoms in the mother. Overall, for many women with ADHD, the use of Vyvanse during pregnancy is a risk worth taking, but medical supervision is crucial to ensure the child’s safety. In the case of drug abuse, it is always recommended to consider rehabilitation in a drug addiction center.