How Vyvanse Works And What It Is Used For

In most cases, Vyvanse is a medicine for treating ADHD or BED. However, it works differently compared to its closest alternatives – Ritalin and Adderall. Knowing what Vyvanse is and how it works is essential while taking this medication. Being a “pro-drug,” Vyvanse mechanism of action has interesting particularities which make it so popular after relieve in 2012.

How Does Vyvanse Work?

The Drug Vyvanse is used for treating ADHD and Binge-Eating Disorder (BED). Lisdexamfetamine dimesylate is its basic component; however, it becomes active only being absorbed. That is why this drug is a quintessential example of a “pro-drug.” The point is that lisdexamfetamine becomes active only in the blood after metabolization, releasing the parent drug. The process of drug releasing is much slower, compared to Adderall, as well as the process of absorption goes better.

Lisdexamfetamine directly attacks the Central Nervous System (CNS). As its primary purpose is to stimulate the brain, the CNS gets damaged in many ways and may cause different emotion-based diseases.  When Vyvanse start working,  a rapid heart rate may occur.

Due to the imbalance of emotions, patients suffer from a noticeable lack of appetite. Even though Vyvanse for weight loss has no approval, many use it without a doctor’s prescription. Also, the digestive organs are harmed by lisdexamfetamine as it may lead to problems like diarrhea, constipation, stomach ache, etc.

How Long Does It Take For Vyvanse To Work? 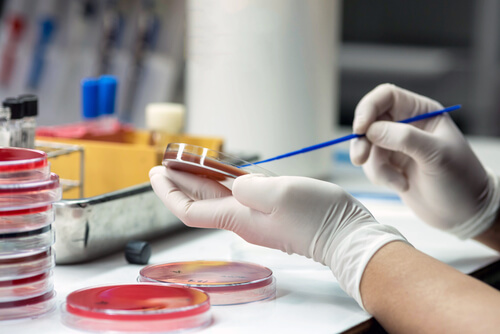 Averagely, it takes between 1.5 and 2 hours for Vyvanse to work. So, it doesn’t take quite much time for lisdexamfetamine to kick in. The effects can last for up to 14 hours. Considering the alternatives to Vyvanse, it is still quite long-lasting. Just like any medicine, Vyvanse does expire, but the effectiveness may not decrease.

Vyvanse duration in the body is around more than three days. Not everyone should expect the same span. It might vary due to the condition of a disease and the dosage prescribed. The higher dose of Vyvanse is the longer effects one experiences. Those who try to prolong the effects of this drug can become addicted. In this case, a doctor may advise to join an addiction treatment program or go to drug rehab.

Mechanism Of Action In A Child’s Body

Vyvanse metabolism in children differs from the adult organism. In rare cases, kids with ADHD who takes the medication can experience the stagnated growth which also affects their adult height. There are three possible mechanisms of action on how ADHD drugs like lisdexamfetamine can impact child height. The most apparent one is suppressed appetite. The child organism receives less required calories and microelements that negatively affects physical development. The next mechanism refers to the fact that Vyvanse increases dopamine level. Consequently, dopamine may directly reduce growth hormone secretion. Lastly, there are several studies which have examined the adverse influence of stimulants on the growth of cartilage tissue, which in its turn maintain the bones growth.

Mechanism Of Action In The Central Nervous System

Increasing the level of norepinephrine and dopamine, lisdexamfetamine alters the balance of the brain. It’s impossible, hence, to have no effect on CNS. Norepinephrine itself is a stimulant, and dopamine is a substance for pleasure that occurs naturally. That’s why Vyvanse is used for brain stimulation.

If one is suffering from ADHD, they will feel a better attention span than before after taking Vyvanse. Lisdexamfetamine also used to control impulsiveness and hyperactivity, as well as binge less frequently (in case of the patients with BED).

Mechanism Of Action In The Circulatory System

If one has ever faced any sorts of heart-related problems, they are bound to let their doctors know beforehand. Vyvanse has rapid and quite problematic circulatory and respiratory negative consequences. Lisdexamfetamine works as a stimulant, so it is advised not to have caffeine while taking it. Vyvanse and Caffeine both increase blood pressure, and their effects can be multiplied. Hence, it is not a suitable drug for a hypertension patient.

Mechanism Of Action In The Digestive System 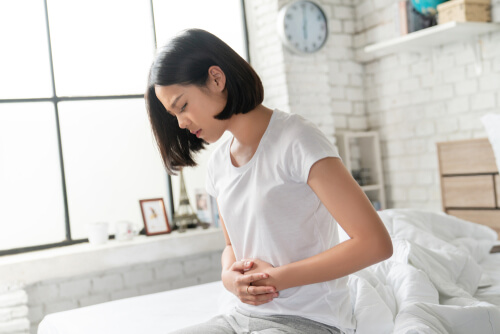 Mechanism Of Action In The Reproductive System

The reproductive organs are quite sensitive to the effects of various drugs, and lisdexamfetamine is not an exception. Referring to the male reproductive health, Vyvanse mechanism of action can alter spermatogenesis. Erection naturally happens due to testosterone. A healthy male may expect 2 to 5 erections while sleeping, each lasting for 25 to 35 minutes. Vyvanse metabolism may disturb the erection cycle. In this case, a male can experience ejaculatory dysfunction, as well as Vyvanse hypersexuality.

Similarly, a pregnant female should be aware of how lisdexamfetamine works. Amphetamines can pass through breast milk, so Vyvanse and pregnancy are to be taken seriously.

Although human reproduction studies of lisdexamfetamine have not been performed, the impaired reproduction in animals is confirmed.

Stay Aware Of How Lisdexamfetamine Works

Vyvanse works as a typical pro-drug. Namely, it contains inactive elements which become active only in the human body. Being an easy absorbed and not frequently taking medication, many users willingly switch to lisdexamfetamine. These users describe the experience with this drug as much smoother.