Weaning Off Effexor: How To Stop Taking Effexor

Weaning off Effexor can be difficult for patients who are doing it because they are switching to another drug or if the Effexor is not required anymore. Even though venlafaxine is not physically addictive, stopping is hard because patients can experience some Effexor horrible side effects. It is for this reason, therefore, that it is advisable to gradually wean off venlafaxine rather than going cold turkey.

Side Effects Of Coming Off Effexor

People buy venlafaxine to treat major depressive disorders and anxiety. Although venlafaxine has its advantages in managing the disorders, some patients might find a reason to stop Effexor. However, stopping venlafaxine without the knowledge of the concerned medical personnel can result in side effects that are harmful to health.

The side effects of coming off Effexor vary among the different patients. For some, they might be mild to almost nonexistent, whereas others might experience the severity of stopping Effexor cold turkey. The Effexor classification of drugs alters the number of neurotransmitters. When patients quit Effexor, the brain has to readjust to the new amounts of neurotransmitters, causing the side effects. 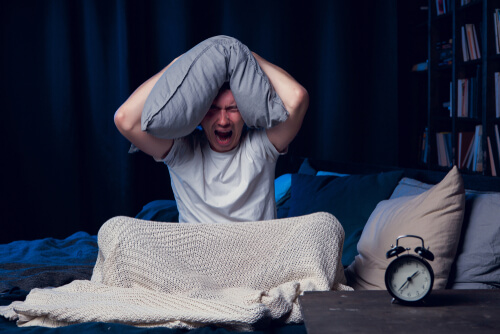 These side effects include:

These side effects are usually banded together and termed as discontinuation syndrome. The venlafaxine half-life is around 14 hours. This means that it will take around a couple of days for the drug to completely clear the system. Consequently, the symptoms of the discontinuation syndrome usually show up around 2 days after coming off the venlafaxine and can last anywhere from 4 to 6 weeks. With this amount of side effects resulting from stopping Effexor XR tablets, it is recommended to utilize the advice of a doctor before quitting Effexor cold turkey.

As highlighted, stopping the use of venlafaxine can cause some undesirable side effects. Tapering off Effexor is, therefore, the recommended course of action instead of stopping Effexor suddenly.

Successfully stopping venlafaxine will depend on the Effexor dosages that the patient has been taking. Doctors also take into consideration any health incidents that occurred during the last time the patient was in the process of weaning off venlafaxine. According to an article in Harvard Health, Effexor tapering usually occurs in 4 stages of decreasing doses. There is no set time interval until the next interval because it depends on how the individual responds to the dosage. 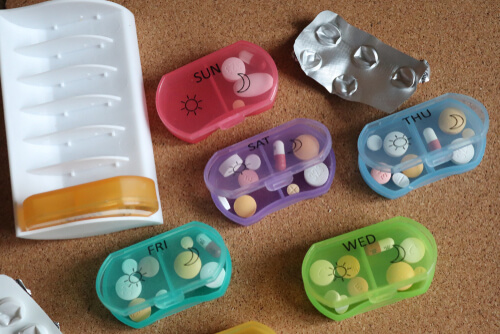 Generally, doctors will ask if there are any side effects of coming off Effexor and adjust the dosage accordingly. For this reason, some people might take just a few weeks getting off the venlafaxine, whereas others might take longer to do so. Professional doctors are knowledgeable about how to taper off Effexor. Patients should, therefore, consult the doctors before undertaking this process without proper medical knowledge. Without this knowledge, there is a risk of causing significant harm to health.

Switching From Venlafaxine To Other Antidepressants

According to a paper by Keks et al., doctors generally carry out a conservative switch when it comes to changing antidepressants. The patient weans off the first medication over 4 weeks and is drug-free for a time equivalent to 5 half-lives of the antidepressant. The doctors then prescribe the recommended dosage of the new medication.

A moderate switch entails weaning off the patient from the first antidepressant and then allowing a washout period of 2 to 4 days. The new antidepressant is then started at a low dosage. These two modes of switching are advantageous because they reduce the risk of drug interactions.

However, there is also a direct switch where one medication is stopped, and the other started the following day. Although it is quick and simple, there is a high risk of drug interactions. It is, therefore, vital that switching between medications is done only under the recommendation and supervision of a doctor.

Switching From Effexor To Cymbalta

Effexor and weight loss go hand in hand. Some patients might prefer to switch to an SNRI antidepressant that doesn’t cause them to lose weight. Cymbalta can, therefore, become an option. However, by opting for duloxetine (Cymbalta), patients can experience fatigue, diarrhea, and constipation.

When switching from Effexor to Cymbalta, the doctor will recommend a moderate switching strategy. This means that venlafaxine will be tapered off and stopped. After a washout period of 2 to 5 days, the patient can start a low dose of duloxetine. 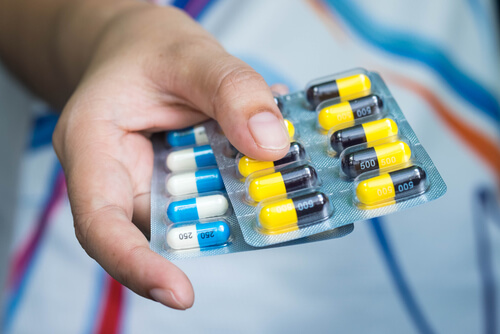 Switching From Effexor To Wellbutrin

Some patients might consider trading venlafaxine for Wellbutrin because, unlike the latter, the former causes sleepiness and sexual problems. To improve their way of life, some people will, therefore, opt for Wellbutrin. However, the switch to bupropion might increase anxiety.

The cross tapering method is used when switching from venlafaxine to Wellbutrin, also known as bupropion. In this method, the doctor gradually reduces the dose of venlafaxine while simultaneously gradually increasing the dose of bupropion. This kind of switching is possible because there are few side effects of Wellbutrin and Effexor interactions.

Switching From Effexor To Prozac

Patients usually opt to switch to Prozac as a way to sidestep the symptoms of withdrawal from venlafaxine. They switch to Prozac and then taper it off as well – a process known as Effexor-Prozac bridge. Per Keks et al., the switching to Prozac involves weaning off the venlafaxine. Doctors then immediately prescribe 10 mg of fluoxetine, which washes out of the body during the following week.

Switching From Effexor To Zoloft

The plan for how to wean off venlafaxine and switch to Zoloft usually takes the more moderate strategy. This strategy entails tapering the dosage of venlafaxine and stopping for 2 to 5 days before embarking on a low dosage of sertraline (Zoloft). Patients with post-traumatic stress disorder (PTSD) and obsessive-compulsive disorder (OCD) can opt for sertraline if Effexor isn’t working.

Switching From Effexor To Lexapro

If a patient presents with more anxiety symptoms than depression, a doctor might choose to switch from venlafaxine to Lexapro. The switching strategy from venlafaxine to Lexapro is similar to that when switching to Zoloft. This is because these two drugs are both selective serotonin reuptake inhibitors (SSRI). Switching, therefore, requires the patient to taper off from the venlafaxine over 4 weeks and stay clean for 2 to 5 days. The patient then starts the escitalopram at a lower dose than the usual effective recommended dose. 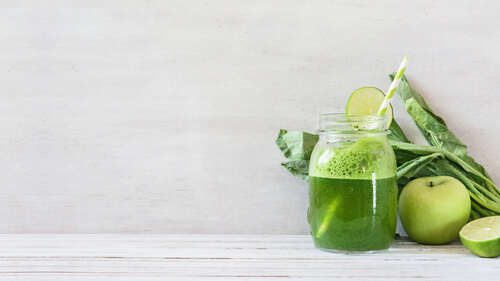 How To Get Off Effexor Naturally

These products and substances include:

While the various studies in each of the natural products listed show some positives when it comes to their probable ability to help with depression during weaning off venlafaxine, it is not safe to quit Effexor cold turkey and use these products.

It isn’t safe because there could be some interactions between venlafaxine and the active components in the natural products. For example, a dual tapering strategy from venlafaxine to St. John’s wort can cause severe serotonin syndrome, similar to a venlafaxine overdose. It is, therefore, advisable to consult a doctor before weaning off Effexor with the help of natural herbs.

Other healthy ways that assist in stopping the medication include living a healthy lifestyle. This means that patients should stop chasing the venlafaxine hydrochloride high and engage in exercise. Patients should also eat a balanced diet.

How To Stop Taking Effexor Safely

When it comes to stopping Effexor safely, patients need to be under the guidance of a doctor. This is because medical personnel has the right knowledge of how to wean off Effexor.

Going off Effexor cold turkey is not advisable because it leads to some bad side effects. Therefore, patients should use the tapering method that involves weaning off the venlafaxine to switch to another drug or to stop taking any drugs. During this time, patients should desist from Effexor and alcohol consumption because it can compromise the safety of the process of stopping the drug.

Patients should not attempt to stop taking venlafaxine without consulting professional doctors who have experience in substance abuse prevention and treatment, as well as managing discontinuation syndrome. Because stopping can be a complicated process, some patients will need to check into a drug rehabilitation facility to get effective care.