Effexor And Pregnancy: Is It Safe To Take Venlafaxine?

Depression during pregnancy and postpartum is quite common. Health care professionals often prescribe Effexor medication to help alleviate symptoms, which is seen in approximately 1 out of 9 women. Research shows that the rate of women diagnosed with depression at delivery has increased 7 times from 2000 to 2016. However, taking Effexor while pregnant can have risks and benefits. A doctor should consider a patient’s condition in detail and determine whether the benefits of using venlafaxine during pregnancy will outweigh the possible risk of using the drug.

Learn About Effexor During Pregnancy And Breastfeeding:

Is Effexor safe during pregnancy? There is no final answer to this question. A decision to use venlafaxine while pregnant should be based on the balance between benefits and risks. Primarily, a doctor would take into consideration the weeks of gestation and the general health condition of a patient.

Venlafaxine, which belongs to the group of SNRI antidepressants, has been assigned to pregnancy class C. The FDA has classified Effexor class as category C with regard to pregnancy risk. Animal studies have demonstrated negative side effects on the developing fetus. There were no controlled studies in human babies yet to examine safety due to ethical restrictions. Available data are only based on direct medical observations and the incidence rate of  Effexor birth defects and other injuries.

It’s essential to always consult a medical professional who will correctly define all the pros and cons of using venlafaxine while pregnant.

Side Effects Of Using Effexor While Pregnancy

The use of Effexor while pregnant may cause a wide variety of symptoms, which negatively affects the expectant mother. These effects often range from minor headaches to suicidal attempts.

The most common side effects of Effexor that a pregnant woman may experience include: 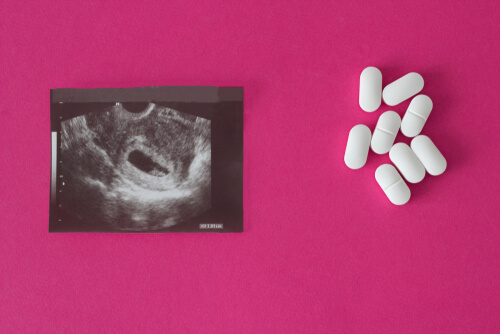 According to a study published by the Canadian Medical Association, women who take Effexor during pregnancy, especially in the first trimester have a 68% higher risk of miscarriage. It was also found that Effexor was among the antidepressants that carry the greatest risk.  Therefore, this drug should only be taken if it is unquestionably needed to improve the mother’s condition.

The most common birth defects linked to venlafaxine use during pregnancy include:

Few epidemiologic studies have also shown that mothers who used venlafaxine from one-month pre-conception through the 3rd month of pregnancy were significantly associated with the development of heart problems such as atrial septal defect (ASD), secundum or ASD not otherwise specified, and coarctation of the aorta. Cases of gastroschisis were also noted.

Venlafaxine is not normally considered as a first-line treatment in breastfeeding women, as safety data is limited. However, they can be considered especially if the mother has previously used the drug and is need of treatment continuation.

Breastfed infants, especially preterms and newborns, are prone to excessive sedation and poor weight gain if venlafaxine was used during lactation. There’s also a possibility of toxicity to desvenlafaxine, hence blood serum measurement is often being ordered. Poor neonatal adaptation syndrome is also common to Effexor, just like with other antidepressants. A doctor should carefully advise the nursing woman about all the possible consequences of Effexor use and breastfeeding, as well as weigh the potential benefits against the potential risks before prescribing this drug to a woman.

Safe Venlafaxine Use During Pregnancy And Breastfeeding

It’s important to regulate the safe use of venlafaxine and to be aware of the possible interactions to prevent side effects:

Still, many doctors prescribe Effexor to expecting mothers or pregnant women for the treatment of depression and anxiety, which are two of the most common venlafaxine indications. A good doctor will counsel patients on the possible adverse effects of Effexor on women and their babies both during pregnancy and post-partum. 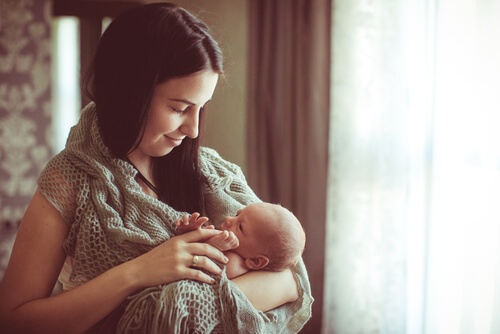 Finding A Safe Alternative To Venlafaxine During Pregnancy

When treating extreme depression in a pregnant woman, the doctor must carefully choose the safest and effective way of coping, trying to avoid the use of pharmaceutical drugs for depression. Behavioral therapies do work in some women. As an SNRI, venlafaxine MOA is different from other SSRIs antidepressants, but they have similar effects on the body. For instance, there is not much of a difference if one compares Lexapro vs. Effexor effects on babies born to moms who were on these drugs during pregnancy. There is a high risk of developing congenital disabilities still, so often, it may be more productive and safe for a doctor to consider prescribing natural alternatives to venlafaxine during pregnancy.

Safe Stop Of Venlafaxine Use During Pregnancy

Sudden cessation of venlafaxine treatment without the approval and assistance of a healthcare professional can be very dangerous to both the mother and the baby. The side effects of Effexor withdrawal on moms and neonates are more pronounced and common if the drug was taken during the last trimester.

Temporary discontinuation symptoms, which include jitters, poor feeding, irritability, and respiratory distress are possible and may last for a month after birth. If venlafaxine was prescribed without proper education about these possible dangers, the doctor can be liable for damages.

Tapering off Effexor use while pregnant should also be handled by a healthcare professional. In the cases when addicted women become pregnant, several drug rehab facilities can help go off of venlafaxine safely. Substance abuse prevention and treatment in such facilities are often well suited for pregnant women and mothers, too.