Venlafaxine Mechanism Of Action: What Does Effexor Do?

Venlafaxine is a novel antidepressant drug, each tablet containing venlafaxine hydrochloride (which can be the equivalent of 25 mg, 37.5 mg, 50 mg, 75 mg, or 100 mg venlafaxine). The inactive Effexor ingredients are sodium starch glycolate, magnesium stearate, lactose, iron oxides, and cellulose.

Venlafaxine structure is 1-[2-(dimethylamino)-1-(4 methoxyphenyl)ethyl]cyclohexanol and consists of the racemic mixture, which is made of two enantiomers. Venlafaxine mechanism of action is related to tramadol and tapentadol opioids.

According to the Effexor XR classification, this version has the same chemical structure as the normal venlafaxine. How does Effexor work? The difference is that it takes longer for the first one to distribute the Effexor’s release in the gastrointestinal tract leading to a lower peak plasma concentration.

Learn About Effexor Mechanism Of Action:

What Is Venlafaxine Mechanism Of Action?

What does Effexor do? Venlafaxine (Effexor) is an SSRI which blocks the transporters responsible for the reuptake of norepinephrine and serotonin. The FDA approved Effexor for use in the management of the panic disorder, major depressive disorder (MDD), social anxiety disorder, and generalized anxiety disorder (GAD).

Venlafaxine MOA is by offering the antidepressant effect by potentiating the neurotransmitter activity in the central nervous system. This process takes place by inhibiting the reuptake of the neurotransmitters, as mentioned above. The Effexor mechanism of action takes place without the various cardiovascular, sedative, and anticholinergic effects seen in other drugs in this class.

How Long Does It Take For Venlafaxine To Work?

The first effects on depression of Effexor MOA are seen two to four weeks when the patient should experience a decrease in depressive symptoms. The drug reaches its maximum efficacy after eight weeks. Some patients might experience an increase in anxiety at the beginning of the treatment, a possible result of the drug’s mechanism of action, which will start to decrease in the following weeks. Effexor pills should be taken for several months, to avoid depression relapse. The treatment for depression usually lasts for six months and generalized anxiety disorder for around 18 months. 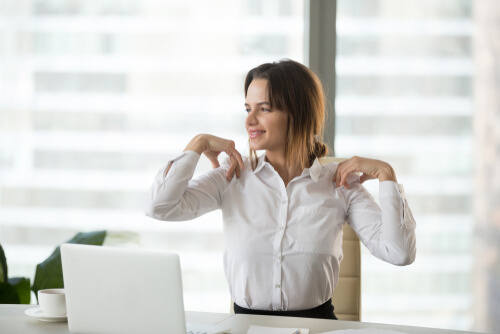 How To Tell If Effexor Is Working?

If the recommended dosage of Effexor is the right one, the patient should feel an improvement in energy levels, mood, and interest in daily living. Feeling of anxiety and fear or unwanted thoughts should decrease, as well as the panic attacks. The patient should note that the treatment must not be stopped even if the depression improves.

The two main signs that the Effexor MOA takes place are the decrease or lack of thoughts of self-harm and teariness. Later on, the patient will be more tolerant; little things will not irritate them anymore and will have more sense of enjoyment.

It should be noted that improvement will be seen in the first few weeks of treatment, so the patient should have patience and not stop the treatment if no benefits of the drug are seen in the first couple of days. If no improvement is seen during this time, the doctor might recommend another antidepressant, such as Cymbalta, for example, after explaining the patient the difference between Cymbalta and Effexor.

Taking more pills than recommended or more often will not make the drug work faster as expected but would increase the possibility of an overdose.

What does venlafaxine do in large doses? There are people who abuse venlafaxine because in large doses it mimics the high given by amphetamines. Although Effexor is not considered an addictive drug, it can be psychologically addictive to people who abuse it to elevate their mood or get the needed high. People abusing the drug will ingest more tablets and more frequently than prescribed by the doctor, many times buying the pills from the internet, from the street, from illegitimate pharmacies or from friends who get the pills on prescription. 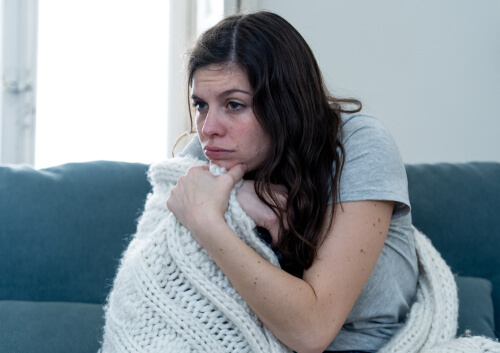 How To Tell If Effexor Is Not Working?

There are several signs that could show the patient if Effexor stopped working or if it’s not working at all:

Instead of managing all these issues by themselves, patients should address the doctor. The physician might decide to change the dosage or the time of the day when the medication is taken. Sometimes Effexor will be changed with a drug with a different mechanism of action. No matter the case, the patient should not make any changes on their own. Stopping the treatment or increasing the dose can lead to life-threatening Effexor MOA side effects.

What To Do To Benefit The Most From Effexor?

There are some tips that can make the patient increase the chances of the drug working and taking full advantage of Effexor mechanism of action:

The misuse of Effexor by taking it more often than recommended or not respecting the dosage can lead to substance use disorders that require timely treatment. The patient should be correctly informed about this danger before prescribing this drug to them. There are numerous specialized drug addiction rehab centers that provide help to patients who have developed an addiction.