Venlafaxine Drug Class: What Type Of Drug Is Effexor?

What type of drug is Effexor? Effexor drug type is an antidepressant, mostly used in an extended-release formula to treat major depression and various anxiety disorders. Its generic name is venlafaxine, but this term is sometimes used interchangeably with Effexor XR, sold exclusively in the extended-release capsule formulation. Venlafaxine XR classification relates to the SNRI subtype of antidepressants, which distinguishes it from SSRIs and stimulants. Learn about what class of drugs is Effexor, and other common questions about pharmaceutical Effexor classification.

What Type Of Antidepressant Is Effexor?

Effexor class of medications is a second-generation antidepressant, meaning that it was developed fairly recently, in the 1990s, and that it has a much more specific and accurate mechanism of action (it targets specific classes of receptors and neurotransmitters). Venlafaxine drug type, along with other second-generation antidepressants, was meant to improve benefits for patients and minimize the incidence of adverse reactions. For instance, it has been found that venlafaxine is more effective than lithium in treating bipolar II disorder.

Thanks to its dual effect on the two monoamine neurotransmitter brain systems, the Effexor class of antidepressants can be used to treat cataplexy, which is a special form of muscle weakness linked with narcolepsy. This is a clear advantage of this class of medications over more specific SSRIs. Moreover, due to the double mechanism of action, venlafaxine drug type can also be used to treat attention deficit-hyperactivity disorder, and even post-traumatic stress disorder, which isn’t the case with most SSRI medications. Note that only a medical specialist should define a suitable product form and venlafaxine doses for each case.

Although venlafaxine belongs to the most modern class of antidepressants, Effexor XR drug interactions with other classes of medications are sometimes may be dangerous, especially when this substance is combined with MAOIs. This combination is potentially deadly, and it should be avoided at all costs. Substances increasing serotonin should not be taken with venlafaxine, as dangerous serotonin syndrome may appear.

Venlafaxine drug type can potentially improve mental health, but there are certain risks that can only be accounted for with the help of a medical professional. Taking a venlafaxine class of medications without consulting a doctor increases the risks of side effects, overdose, and addiction development.

Is Effexor XR An SSRI?

Effexor SNRI also affects the reuptake of serotonin, but Effexor XR is not an SSRI(selective serotonin reuptake inhibitor), just as venlafaxine does not belong to an SSRI class too. SNRI drug type has a more general effect on the brain, affecting both norepinephrine and serotonin metabolism, while SSRI class only affects serotonin. This is the main difference between Effexor and Lexapro, while both medications treat depression.

Is Effexor XR An MAOI?

Monoamine oxidase inhibitors are the first generation of antidepressants. While venlafaxine drug class affect the reuptake of norepinephrine and serotonin, MAOIs prevent the breakdown of these and other neurotransmitters, prolonging their stay in the synaptic cleft. In other words, the Effexor drug type does not belong to an MAOI class of medications. 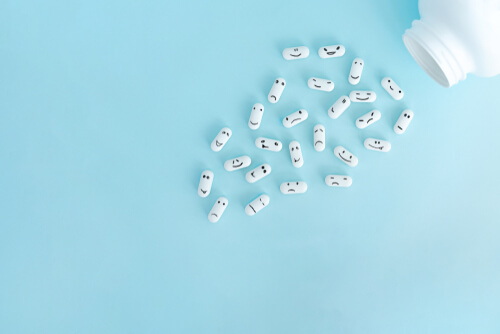 Is Effexor A Tricyclic Antidepressant?

Tricyclic medications for depression are non-selective, influencing a wide array of neurotransmitters such as serotonin, norepinephrine, 5-HT, histamine, muscarinic, and acetylcholine. On the other hand, SNRIs like venlafaxine medication have a much more selective mechanism of action, which is why these substances often have a more predictable and controllable effect.

Is Effexor A Narcotic?

Effexor does not belong to narcotic medications. Narcotics and venlafaxine drug classes have a different use, chemistry, and mechanisms of actions. Narcotics drug type is used primarily for treating pain, while venlafaxine class is used to treat psychological problems, although some doctors prescribe it to patients with diabetic neuropathy and migraine. Both narcotics and venlafaxine drug type may cause psychological dependence, and develop the addiction, however, venlafaxine doesn’t cause physical dependence and such adverse health complications as narcotics cause. 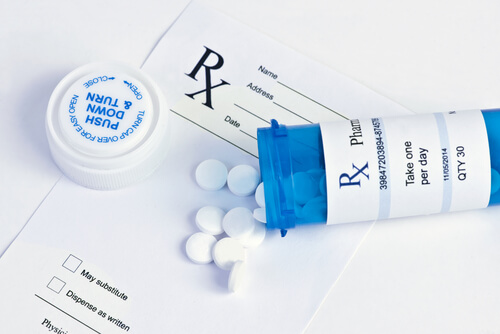 Is Effexor A Stimulant?

Venlafaxine drug type is distinct from the stimulant drug type. Even though stimulants sometimes affect the same neurophysiological mechanisms as some antidepressants, doctors prescribe venlafaxine for anxiety, depression, and social anxiety, while stimulants are used to increase activity and induce pleasure. Stimulants medication type also affects serotonin, norepinephrine, dopamine, and other neurotransmitters, but these medications also increase the activity of the sympathetic nervous system, which isn’t the effect SNRI class of medications produce. Most stimulants also have a strong acute effect, like, for instance, strong euphoria and exaltation, while the Effexor type of drug increases the serotonin level in the body. Most SNRIs start to work only after a few weeks of therapy, which clearly sets them apart from the stimulant medication type that has a prominent and energizing immediate effect.

It’s highly recommended not to self-medicate with stimulants or Effexor medications, because both drug types may cause significant harm to a body and exacerbate psychological and physical problems.

Is Effexor A Benzodiazepine?

Benzodiazepine drug type has a tranquilizing effect, while the most second-generation class of antidepressants, including Effexor, has a rather inconspicuous effect, meaning that they don’t cause sudden emotional changes.

Is Effexor A Controlled Substance?

According to the legal substance classification, the Effexor drug type is not on the list of controlled substances. All these substances are often scheduled and rigorously controlled, whereas no schedule level has been assigned to a venlafaxine class of medications. Effexor medication type is legal in the U.S.

Although venlafaxine drug type is not a controlled substance, patients still need to obtain a prescription before procuring it. Taking these medications without a doctor’s approval might cause serious psychological and physiological complications and lead to addiction development.

Patients who misuse venlafaxine antidepressants for a prolonged time may develop signs of addiction, most prominently related to psychological addiction, at the same time, the physical symptoms, like stomach cramps, may appear also. Venlafaxine weight gain and weight loss were reported while prolonged use of this medication type. Due to the half-life of Effexor, addiction may occur with chronic use, and the problem perpetuates, even more, when patients increase the doses of medication without consultation with a medical specialist. Doses should never be adjusted without contacting a doctor first. A sudden stop of venlafaxine use without medical supervision would also lead to venlafaxine withdrawal symptoms like dizziness, nausea, and anxiety. If there are any allergic reactions or side effects appear or if the venlafaxine price is not suitable, it’s advised to ask a healthcare provider to prescribe another medication from the same or different classes.

People experiencing symptoms of addiction to venlafaxine medication type can seek treatment in an addiction center, which often has specific programs for the elimination of detrimental habits. These centers offer various drug addiction treatment, like individual or group psychotherapy, work therapy, art therapy, and many others. Professional doctors would define the most suitable form of treatment and therapy, which would be particularly helpful for eliminating psychological addiction to the Effexor class of medication.