There have been several debates on the tizanidine high and how much euphoria can be achieved with this medication. Many drug abusers who seek substitutes for drugs that have muscle-relaxing properties are often curious about the Zanaflex high. Does tizanidine get one high?
The medication is a popular muscle relaxant often prescribed as a remedy for muscle spasticity, spasms, insomnia, multiple sclerosis, anxiety, and many other ailments. However, people have attested to experiencing tizanidine hallucinations. The psychosis may come with other health issues such as weakness, dizziness, low blood pressure, and others. The level of high is much dependent on the dosage and physical condition of the patient.
The recurring question, how tizanidine makes one feel, is one that breeds curiosity and will be addressed in detail as the causes of abuse, and how much high can be achieved from this drug is explained in full.

Why People Use Tizanidine Recreationally

Despite the fact that the medication is only administered with a prescription, many people indulge in Tizanidine abuse. Tizanidine recreational use is common with those who have built certain levels of tolerance for the drug due to a health condition. The most common reason for abuse is the Tizanidine high euphoria.
A general assumption for Tizanidine recreational use is that the medication might become a close substitute for narcotics. What is Zanaflex used for? Many people who are suffering from insomnia, anxiety, and other conditions often seek the best and safest alternative to narcotics and other scheduled drugs.

Tizanidine muscle relaxer is not a narcotic; rather it is a prescription drug that dampens nerve impulses that cause spasms.

Can Tizanidine get one high? If it can, to what proportion, and how does Zanaflex make one feel? A side effect of Zanaflex is the sedation that it causes by blocking the pain receptors in the brain. The drug is an alpha-2 adrenergic agonist that can create a form of euphoric sedation, dizziness, and lack of coordination that resembles that of a narcotic.
Some forums provide reviews and experiences of those who have used the medication for various conditions. Medication abusers who may have experienced tizanidine drug interactions while trying to achieve euphoria find themselves with health risks that can become life-long if left unchecked.

Are there other possible routes of exposure (except oral) to achieve Zanaflex 4 mg high? Can one snort Tizanidine? There is very little information on the effects of snorting Zanaflex or using this medication in powder form. In most cases, the route of exposure is oral. However, The powdery form can be sprinkled on food as used by some individuals.
Can one inject tizanidine? There is no information on the injection of this drug intravenously. The medication is neither a narcotic nor a controlled drug and hence, has no data on uses through other routes.
Abuse of the medication can result from increasing Tizanidine dosage for sleep without consulting with a medical professional.

Zanaflex recreational use is dangerous and can put pressure on the liver, causing liver problems.

How Much Tizanidine Is Needed To Get High

Getting high on Tizanidine may differ in various individuals. It is not uncommon for prescribed doses to cause a form of sedation, depending on the health condition of the individual. Some individuals may also have more tolerance for the medication that others. There are patients who have experienced Tizanidine 4mg high, and this proves that this dose may be enough to cause sedation in patients. Tizanidine users mention the use of 8 mg of this medication for spasms. Zanaflex hallucinations may result from taking prescriptions that are higher than recommended by a physician. 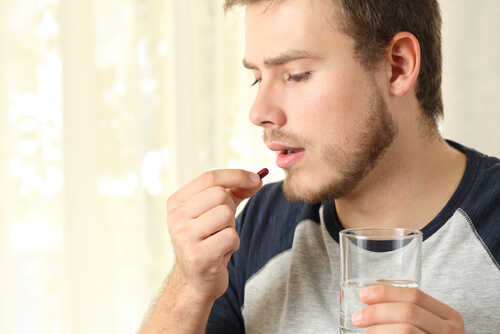 Zanaflex 2 mg high may be experienced by some individuals depending on a number of factors such as weight, age, drug mixture, and other influences that may increase the effectiveness of the medication. Zanaflex recreational use may cause an individual to build tolerance for the medication, thereby increasing the dosage of drug required to achieve euphoria. It is highly dangerous to exceed 36 mg of Zanaflex medication in one day; this can result in withdrawal symptoms and liver damage.

What Does It Feel Like To Get High On Tizanidine?

Hallucinations due to the misuse of the medication may be experienced, primarily due to the fact that the medication has a great impact on the CNS. The mechanism of action of the medication is to block out nerve impulses that may be sent to the brain of the patient who is undergoing some form of the physical trauma of spasm. This causes a feeling of relaxation and sedation, which is often pleasant for some individuals as it reduces anxiety. The pleasure of Tizanidine high recreational use is common with those who find inclinations to drugs that cause sedation or a feeling of high.

The Zanaflex recreational dose high may be differently experienced by various individuals depending on their health status. The medication is highly unpredictable in high doses and should not be taken without recommendations.

How Long Does Zanaflex High Last?

Zanaflex is known to cause drowsiness as a side effect when taken in various quantities. Knowing how long it takes for the drug to kick in, and an estimate of how long the Zanaflex high lasts might be instrumental to those who may be operating sensitive machines or driving while on this medication. Zanaflex, like many other muscle relaxers, may kick in within the first one or two hours. The duration of activeness of Zanaflex as one of the most potent spasm medications is often compared with other muscle relaxers, specifically the Tizanidine vs. Flexeril effectiveness. As Zanaflex is a short-acting medication, the high most likely takes maximum effect in the first two hours, and then the effect begins to wear off 3 to 6 hours after. Many abusers who are mandated to go for a Tizanidine drug test may test negative for this drug due to the short-acting effects and brief half-life of this medication. Zanaflex high many also differ from one person to the other, but generally expected to wear off within 6 hours.