Suboxone is commonly used to treat dependence on opioid drugs. They also refer to it as Suboxone Film.
Suboxone is generally a part of a larger overall treatment program. It includes counseling and support for the psychological effects associated with opioid addiction.
It is possible to take it as a sublingual, meaning that one places it under the tongue. On the other hand, one might do it buccal, meaning on the inside of a cheek. The doctor will make the decision of which method is right for each patient. This happens after discussing the situation and abuse history. However, sometimes, a suboxone relapse occurs.

In 2002, the FDA approved Suboxone to treat addiction to narcotics. They placed it into a Schedule III drug classification by the DEA (Drug Enforcement Administration). Then, the Department of Health and Human Services recommended it. This happened after they reviewed all the data that was then available. They approved Suboxone for the beginning of detox. Additionally, one can use it while continuing the treatments of an opioid addiction.
In the United States, abuse and trafficking have become more common at an alarming rate. In 2012, doctors wrote 9.3 million prescriptions for Suboxone and its components. This was according to the organization IMS Health. By the way, IMS Health is an American company. They provide tech and services to the healthcare industry.
There is a difference between physical dependence and Suboxone addiction. They define addiction as using drugs compulsively. This is in spite of the harmful effects. Therefore, a person may not be able to stop taking them.
On the other hand, physical dependence can occur from chronically using drugs. This includes those with a prescription. This does not necessarily count as an addiction, but it can go along with addiction. First, it’s when the need becomes greater than the first instructions about dosage. Then, it is how a person uses it, that one can call it an addiction.

It is imperative that the patient follows the doctor’s instructions. In addition, they should keep them apprised of the progress. The doctor needs to have certain qualification to offer treatment of Suboxone detox. This is under the Drug Addiction Treatment Act of 2000.

Beginning Use Or After Suboxone Relapse:

First and most important, work with a qualified physician to find the right method. This way, they can find the right dosage. The doctor should try to start treatment when a relapsed person in a descent state of addiction. This is if at all possible.
The qualified doctor will determine that the severe withdrawal symptoms have now ceased. This is when the transitioning will begin.
The side effects have reached a nominal degree
The cravings have moved from the “uncontrollable” stage
Now, one has moved into the “transition” stage. Also, the person has seen positive results with the program. Then,a doctor can decide if one wants to continue using Suboxone as part of a maintenance program. Otherwise, the patient can stop completely by tapering off the use of it.

Common Side Effects of Suboxone

These are only a short list of side effects. However, have any of these side effects worsened? Patients should seek emergency medical care immediately as an overdose can be deadly.

Suffering from a severe liver disease called hepatic impairment? Then, one should not take Suboxone without careful consideration. The liver is crucial to the functioning of the body in removing toxic waste. If there is impairment, it can be deadly.
Users have reported Anaphylactic Shock as an allergic reaction to certain opioid medications. They include Buprenorphine and Naloxone that people can use to treat the addiction. Suboxone contains both Buprenorphine and Naloxone. If the person an allergy to either of these drugs, they should not take Suboxone.

Suboxone can cause life-threatening breathing issues which can result in death. This is especially when taken by way of an IV (intravenously).

During pregnancy, NOWS (Neonatal Opioid Withdrawal Syndrome)might be a possibility. In addition, pregnant women taking Suboxone can expect it. While it is treatable, it can be deadly to the unborn and newborn infants.
Patients should avoid aAlcohol while taking Suboxone. This is because the combination can easily lead to unconsciousness and death.
Detox from Suboxone is worse than getting off of heroin and Oxycontin. This is a claim of many long term Suboxone users. This is because Suboxone can stay in the system for 8 to 9 painful days. As a result, detox can take weeks or months. In addition, it comes with body and mind issues along with periods of very bad depression.
It is during this time that a lot of people who commit themselves to getting off of the drug have a very rude awakening. The physical and mental withdrawals can be very intense. As a result, Suboxone relapse is a common occurrence. 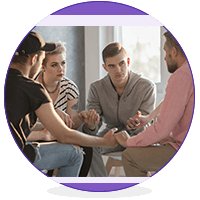 They define relapse as “to fall or slip into a former state, practice, etc.”. Ususally, the addict can be so consumed with shame, guilt and a sense of hopelessness and failure. This is when Suboxone relapse happens. Therefore, the thought of detox and starting all over again can be very painful. As a result, the thought of staying on Suboxone becomes easier to accept.
Suboxone was once considered a wonder drug in treating opiate addiction. Unfortunately, it is now actually creating an epidemic all in itself. First, many doctors have prescribed it too much. Then, the users are a mostly ignorant population. This is because they do not understand the likelihood of addiction and abuse of the drug.
In the beginning, some doctors only saw the financial benefits. They can offer Suboxone on a long-term basis for maintenance. As a result, we have people who have been on Suboxone “maintenance” for over ten years! Therefore, it seems we have traded illegal drugs like heroin for the legal drug of Suboxone.
By the way, people that have stopped taking Suboxone have turned to Heroin and Oxycontin. They did it as soon as withdrawal symptoms began. It was because it is so physically and mentally painful. The maintenance was not what they thought it would be. In fact, many consider it harder to stop taking Suboxone than it was to stop taking their original drug. This is why they started taking Suboxone, to begin with.
The key to detox from Suboxone is a comprehensive treatment. It should entail physical monitoring and mental help. At the same time, one should have the support from the loved ones, informed groups and rehab. It should not be undertaken alone.