Salvia Trip: What Are The Effects Of High?

Salvia divinorum is a hallucinogenic herb that grants hallucinogenic trip experiences. Each episode of salvia high is unique and also significantly differs from the other drugs of the same family. Peculiarities of legal status and exceptional high feeling make salvia drug a perfect target for substance abusers.
What are the effects of this wage sage substance? How intense and sustaining are salvia experiences? Is it possible to have a bad salvia trip and how dangerous can it be? Are there any safety concerns for users who abuse this drug?

Features Of The Sage Mint’s High

The colorful experiences of smoking salvia lead to a rise of search queries like how to get salvia. Dr. Peter H. Addy, an associate researcher at Yale, describes the feelings during trip as “tactile hallucinations.” This is also known as synesthesia, where one sense involuntarily stimulates a second sense. It can be explained as the simultaneous reception of a visual or audial hallucinations through several perception sites.
As an example, one may be able to both see and hear audial hallucinations. Another example is the ability to define a distinctive taste of a particular word that describes a certain object or thing. This experience is difficult to describe due to the complex nature of hallucinogens and their effects on the brain. 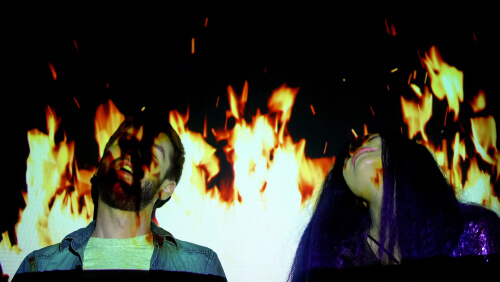 The effects of the high are varied. Some people experience an intense sense of joy expressed in laughter, others experience terror. Many users describe the experience as an out of body experience, where one may become some inanimate object in the room, such as a fence or the feeling of being trapped inside a letter in a box of cereal.

There was a research published in the Drug and Alcohol Dependence journal, where two participants with extensive experience with hallucinogens rated high as strong as imaginable. It’s no surprise there are no known salvia medicinal uses as of yet.

The intensity of the drug trip may result in negative consequences like physical or mental traumas.

The biggest difference between a diviners sage trip and other drug trips is the disruption caused to the transmission of messages in the nervous system. While trips caused by other drugs would leave users still aware of their surroundings, that from salvia leaves an effect as though one is on a journey. It leaves users feeling outside of reality, even in a different dimension, in what can be best described as a mystical experience. Some users go with mixing salvia and weed to enhance the high experience.

The first question people want to know about this herb is how long the high lasts. The duration is short but the intensity is high. A salvia high starts in a matter of minutes, and last for ten or fifteen minutes. Normally the effects are gone after around thirty minutes or so. This is one of the differences of sally D that abusers point out in salvia vs spice debate.

The biggest problem with a bad drug trip is the loss of ability to interact with the surroundings. The way it interacts with the brain is also different from other hallucinogens. Salvinorin A cancels the brain’s ability to perceive reality. On a chemical level, the brain makes up things that are not real, which can cause users to make decisions based on what the drugged brain is interpreting. This also leads to another question – can one overdose on salvia? 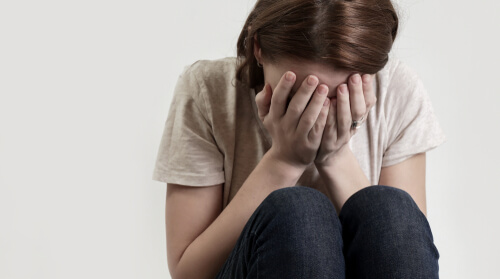 Possible Effects and Dangers of a Bad Drug Trip

Unpredictable nature of effects that may be achieved by chewing salvia puts a user at great risk in case of a bad trip. This psychedelic substance may induce weird and even sociopathic behavior; salvia’s negative effects can be very dangerous.

There is no safe dose for salvia divinorum. Any dose can lead to a bad trip since every organism reacts differently to the drug.

Other dangerous effects include:

Can Diviner’s Mint Smoking Cause Addiction?

Although salvia is one of the most potent naturally occurring hallucinogens, like other drugs in its category, addiction potential of salvia is still unclear. The nature of hallucinogens can cause the brain to trigger a psychotic state, which can be dangerous for the user, and may even require emergency hospitalization. And since there is no conclusive research on this drug yet, it is difficult to ascertain safe salvia doses for a person.
There are numerous treatment options for drug addiction that can help salvia addicts in overcoming the dependency. The best course of action is the early recognition of the problem and addressing it with the help of qualified experts.

Get Informed About Sage Of Seers

Consuming this drug has specific causes for concern regarding safety. Many recreational abusers are interested in how long salvia stays in system. It is a powerful drug, rising in popularity, so it’s crucial to be informed about the risks of consuming it. If a person feels the experience of using this drug has become negative, seeking help from a drug rehab or substance addiction center should be the first thing to do.