Salvia Interaction With Other Substances

FDA defines drug interaction as a reaction that happens in the body after mixing two or more drugs, for example, alcohol and salvia. While the information on how salvia interacts with other substances remains unclear, researchers opine that when addicts mix salvia and pot, the outcome of interaction can be psychologically disastrous. Therefore, it is vital to be informed about the dangers of mixing salvia with other substances.
Is it safe to mix weed and salvia? How dangerous interaction between salvia and alcohol is?

According to the salvia definition, it is a hallucinogenic drug with a short duration of action. Weed, on the other hand, is a cannabinoid with long-lasting high. Researchers, however, warn against mixing salvia with weed because results can range from unpleasant adverse reactions to a bad trip. Such combination may lead to a highly skewed perception of reality, extreme physical detachment, salvia hallucinations, and weird sensations/emotions. Thus, combining would likely heighten the high of both substances on an individual. However, cannabis interaction with maria pastora is being studied.

Before seer’s sage became popular, little was known about its hallucinogenic effects on users. When it comes to mixing salvia and alcohol, individuals can smoke the substance and drink at the same time, chew leaves, or mix Salvinorin-A extract with alcoholic beverages. 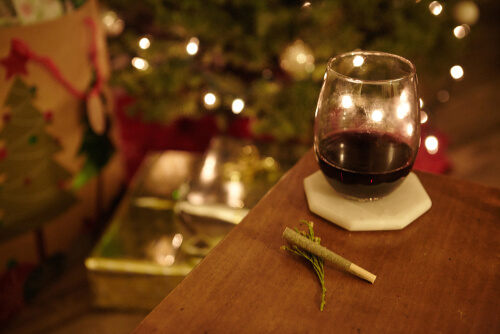 The general outcome of such interaction is the prolonged hallucinatory imagery and the more intensified feeling of high.However, available online materials suggest that smoking the drug alongside alcohol consumption may lead to a bad trip. Slurred speech, vomiting, nausea, poor vision to wide-ranging sensations such as physical detachment and strange mood swings are some common side-effects.
Since the effects of divinorum often kick in within a few minutes, it suppresses the intensity of sensations caused by alcohol. A report by UCLA Medical Center shows that the interaction between alcohol and salvia causes memory impairment and breathing problems.

Researchers studying the interaction between tobacco and divinorum advise against excessive use of such combination. Because of the high from magic mint, smoking salvia with tobacco for recreational purposes can cause adverse long-term effects on abusers. Addiction is but one of the many side effects of mixing these substances. It is thought that microdose salvia should guard against amplified effects of the two drugs combined, especially on the brain.

However, mixing more than 1 milligram of magic mint with tobacco may have the potential to cause negative consequences for body health. Researchers are yet to finalize findings on how the Salvinorin A interacts with nicotine and other substances in tobacco.

Mixing Salvia With Other Hallucinogens

Regardless of how an individual wants to mix salvia with other narcotic substances, its interaction with hallucinogens is still under research. The abusers often compare salvia vs.shrooms on the premise of their hallucinogenic potency. 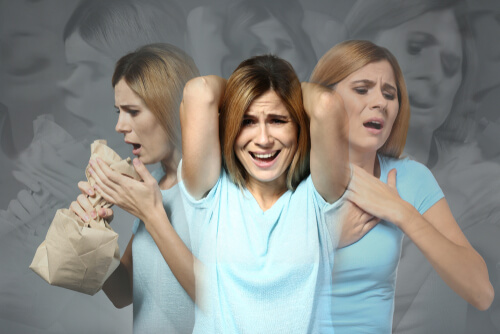 In states where s.divinorum is a controlled substance, researchers have sought to unearth how salvia interacts with lysergic acid diethylamide (LSD), ketamine, phencyclidine (PCP), and mescaline. Initial experiments show that some interactions lead to negative effects, most of which are neurological in nature.
At the same time, numerous dedicated forums unveil an ever-growing rise of experimental combinations. One such combination is salvia and DMT. According to the available information online, interaction leads to a substantially strong trip that is described by out-of-body experience and loss of body control. The duration of the trip varies between 30 minutes and 2 hours, depending on the dosages of both substances.
A word of caution is that in cases where the outcomes of such interactions remain unknown, individuals should avoid mixing divinorum with hallucinogens. The catch is that every user is unique; hence what happens when one mixes acid with salvia may vary from one person to another.

Even when one decides to use a small dosage, there is no safe combination and dosage when it comes to drug abuse.

Drug addiction is a hardship an individual cannot overcome alone. It gets worse if the abuser starts mixing salvia and alcohol or other substances to enhance the intensity of the effects. While diviner’s sage is not highly addictive, mixing it with weed, tobacco, alcohol, or any hallucinogen is not safe. This combination may often lead to uncontrolled or even violent behavior. Hence one should steer clear of drug abuse even if it is for recreational purposes. Drug interaction should, therefore, take place under strict supervision, especially if it is for medicinal purposes. If one has a suspicion about the potential addiction of a close person, they may order special salvia drug tests. Such screenings help unveil the fact of substance abuse.
While studies on how seer’s sage interacts with most substances remain inconclusive, experiences of drug abusers who have mixed it with other substances should be a warning alert to individuals planning to do the same. With most effects being neurological, drug interaction remains catastrophic to one’s mental health. To prevent the devastating consequences of substance abuse and addiction. it is imperative to find the rehab center nearby and start the treatment. Rehab facilities offer different types of drug addiction treatment for patients who combine substances.