Salvia Vs DMT, LSD, Shrooms And Other Drugs

Abusers tend to compare salvia and DMT due to the similarity of visual hallucinations they produce. As a matter of fact, the difference between these drugs lies in their structure and function.
Seer’s Sage consists of distinct ingredients that make up for its hallucinating nature. Among these ingredients is one known as Salvinorin A, which is a Kappa opioid receptor agonist. It contains no nitrogen atoms(unlike naturally occurring hallucinogens such as psilocybin and mescaline) acts on the Kappa opioid receptor, producing psychoactive experiences in humans with a typical duration of action being several minutes or hours. 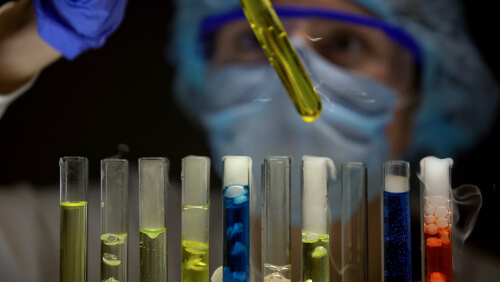 DMT, on the other hand, is a powerful hallucinogenic and psychedelic substance made up of N,N-Dimethyltryptamine, which binds to and activates the sigma-1 receptor (Sig-1R), thereby protecting against inflammation and cell death.
Is DMT more intense than salvia? Yes, it is. N,N-Dimethyltryptamine is considered a far more powerful psychedelic. However, make no mistake, there are some divinorum extracts that are highly concentrated and can produce more intense salvia drug trip than N,N-Dimethyltryptamine. In retrospective, DMT and salvia both induce hallucinations, but at different depths due to difference in structure and ingredients.

One of the major differences between salvia and DMT are the duration of the trip and experiences.

Both s.divinorum and N,N-Dimethyltryptamine may induce similar adverse reactions like:

According to the Drug Enforcement Administration, N,N-Dimethyltryptamine has high potential to be abused and, as such, is classified as a Schedule I controlled substance. This means it is illegal to own, purchase, or distribute. In comparison, magic mint is legal in some states in the US. Salvia prices vary depending on location.

Diviner’s sage is compared to lysergic acid diethylamide in terms of appearance and route of intake. LSD is a man-made substance that has been abused due to its hallucinogenic properties since the 1960s. If consumed in large doses, the acid causes delusions and visual hallucinations that distort the user’s sense of time and identity, which is quite similar to the effects of salvia divinorum plant. 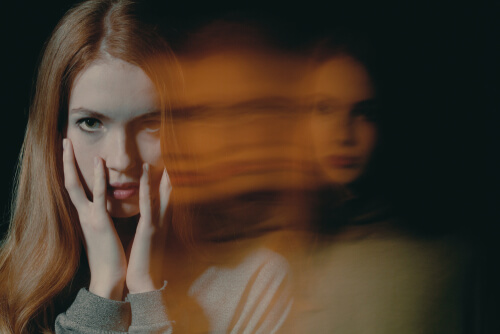 Is Salvia like LSD? Yes, they have a couple of things in common. For example, one can compare salvia and LSD in terms of trip experience, intensity, and strength.
Listed below are some side reactions of acid and salvia:

In close comparison, the high from LSD shows up within a few hours after use and can last as much as 12 to 18 hours. Those taking LSD will also see patterns, trails of light, as well as different colors or textures that aren’t part of reality.

LSD is an illegal substance. The possession, buying, or spreading is punishable by the local authorities.

Divine Mexican Mint kicks-in within 5-20 minutes and its high wear off almost immediately. Both salvia and LSD are seen as a Schedule I controlled substances due to the high potential for abuse.
Despite the fact of the intricate legal status of seer’s sage in the USA, one still must be aware of where salvia is legal.

Popularly known as “Magic mushrooms,” shrooms are naturally-occurring hallucinogenic drugs that contain psilocybin, which makes users see, feel, and hear surreal things.
Comparison of salvia divinorum and psilocybin is based upon reactions they induce. However, these substances are still different in many ways. While both substances offer hallucinating experiences upon consumption, they can cause severe damage to one’s body.

As the experiences between substances greatly vary, it is still important to remember about the dangers of standalone and the combined abuse of these drugs.

People who consume mushrooms experience bright visual hallucinations. Feelings intensify, taste and textures distort, time also speeds or slows down completely.
Another major difference between shrooms and salvia is that shrooms distort the perception of actual objects in existence. 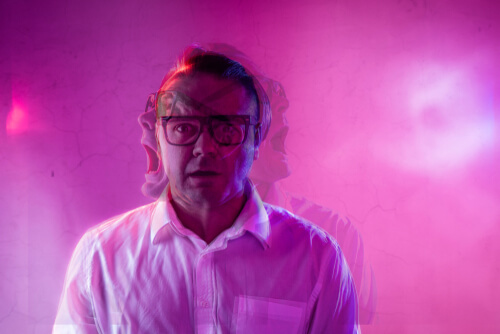 Another difference is the duration of trips. The trip from divine mexican mint is a bit shorter than from shroom, and a lot more intense. Shrooms, in comparison, last up to several hours depending on the quality of consumed product and other factors.
Some of their adverse reactions include:

While both diviners sage and mushrooms are often sought out as harmless experience, they induce anxiety, frightening hallucinations, paranoia, and nausea.
Since shrooms contain psilocybin, which has a high potential for misuse, the DEA classifies psilocybin mushrooms as a Schedule I drug.

Due to various reasons, seer’s sage and weed are often confused for each other. They can be smoked and consumed orally―which has mostly been the basis of the whole confusion.

The biggest difference is in the mechanism of action. Salvinorin A is a Kappa opioid receptor agonist. Cannabis, on the other hand, contains THC, which is a CBI agonist. Is salvia type of weed? No, they represent two distinct plant families. 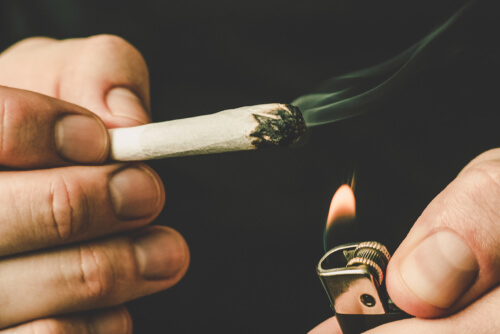 In terms of trip duration, one from s. divinorum is mostly short-lived, and its intensity is solely dependent on the salvia strength. At a lower dose, the effects are minor, but at higher dosages, side reactions like dysphoria, increased heart rate, and acute psychosis may be present.
In comparison with salvia, pot produces high with a prolonged duration time. Physical adverse reactions of cannabis may include:

Mostly referred to as fake weed, the spice is a mix of herbs and laboratory-made chemicals that produce severe mind-altering effects.

Due to its high potential for abuse, and having no medical benefits, the Drug Enforcement Administration has made many of the active chemicals found in K-2 illegal.

The basis for comparison of salvia vs spice is the ways of intake and effects these substances produce.
Both s. divinorum and spice share some physical side effects, which include:

These reactions can be compounded if high doses of synthetic marijuana or salvia are consumed. Similarly, it is advisable to avoid consuming K-2 due to its unregulated means of manufacture. According to the National Institute Of Drug Abuse, the effects of synthetic cannabinoids (spice) can be unpredictable and life-threatening.

Getting The Needed Help

In a nutshell, the use of s. divinorum lays host to various side effects in comparison to other drugs like DMT, LSD, shrooms, dope, and spice. For someone already addicted to any of these drugs, the best solution is to enroll in the substance abuse rehab center. Rehabilitation facilities provide various treatment options for substance abuse that help prevent relapse.