Side Effects of Ritalin: Long- and Short-Term Adverse Reactions

Ritalin (Methylphenidate) is a central nervous system stimulant. People mostly use it in narcolepsy and attention deficit and hyperactivity disorder treatment. In addition, they may prescribe it to treat depression in seniors. It works by increasing the level of dopamine in the brain. In this case, it helps to improve focus and maintain alertness in the users.

Due to its very addictive characteristics, one should only use Ritalin if prescribed. Self-medication is strictly forbidden because it can lead to heart failure and death. Therefore, it is important to know the Methylphenidate side effects.

These Methylphenidate adverse reactions occur in a majority of the patients taking it. If one has any concern or any of these negative effects persist,they should talk to the doctor right away.

Ritalin high can also be reviewed as one of the side effects of this drug.

Only a small fraction of the patients experience one or more of the following symptoms. For this reason, users may become panicked when they have them. Most of the less common Methylphenidate side effects are not very serious in nature. Therefore, patients should not stop using the drug thinking they might be in some health trouble.
Always consult with a doctor before quitting any medication. Of course, watch for the following side effects of Ritalin if a your loved one is taking it. In case they worsen, consult the doctor right away.

Less than 10 patients out of 10,000 taking the drug may experience one or more of the following effects of Ritalin. Therefore, they call them rare. Is any of the following long-term or short-term adverse reactions after Methylphenidate use happening, getting worse or troubling a user? Talk to the doctor immediately.

In some cases, the major Methylphenidate adverse effects listed above do not occur quite often. However, they might be severe. Therefore, if any of these symptoms are noticed, quickly tell a doctor. Otherwise seek emergency medical help.
Consequently, self-medication will lead to tolerance and drug addiction. In some cases, a person may develop a tolerance to Ritalin. As a result, they need a larger dose to experience the full effects of the medication. Indeed, overdose is one of the life-threatening side effects of Ritalin addiction. As a result, this severe condition can be fatal. In fact, this is important for users who have an undiagnosed heart condition.

As a matter of fact, allergic reactions to Ritalin are not true side effects. They occur when immune function turns hostile to the medication. In other cases, they are from other ingredients in the preparation.
Consequently, patients may experience a few of these symptoms. This may show an overactive immune function.
Some allergies are mild in nature. On the other hand, some can be fatal. Therefore, users should not take any of the symptoms on a light note. Stop taking it and seek an emergency medical attention if they have any of the following Methylphenidate allergy symptoms.

If they have a known allergy to a specific medication, inform a doctor. A therapist can remove Ritalin from the system through detoxification procedures together with allergy symptoms.

Addiction Is A Potential Side Effect Of Ritalin Use 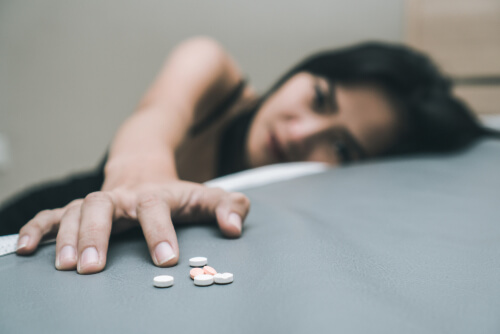 Consequently, self-medication will lead to tolerance and Ritalin addiction. In some cases, a person may develop a tolerance to Ritalin. As a result, they need a larger dose to experience the full effects of the medication. Indeed, overdose is one of the life-threatening outcomes of Ritalin addiction. As a result, this severe condition can be fatal. In fact, this is important for users who have an undiagnosed heart condition.
Regrettably, kids and teens are at a greater risk. This is considering the fact that more and more kids with ADHD are using them on a regular basis. What is even scarier is they may have to use it indefinitely.
Moreover, if one sniffs or injects it, toxic effects may result. In fact, they say the effects of the abuse of this drug may exceed those of amphetamine abuse.

How to Avoid Ritalin Side Effects?

Of course, one can prevent some Ritalin side effects by taking measures of precaution. For instance, to avoid sleeping problems, patients should take medication in the morning. In addition, eating healthy and exercising may help to curb some of Ritalin side effects.
Make sure to inform the physician if one has certain conditions to lower the risks of Methylphenidate side effects. They are high blood pressure, arrhythmia, heart problems, history of seizures, or EEG abnormalities. Also, it is of the essence to tell a doctor if a patient has a history of drug abuse. And last but not least, while on Ritalin, avoid using alcohol as it can make the medicine absorb even faster as well as the adverse reactions development.
Before taking Ritalin, inform a physician about any chronic disease they suffer from. In addition, one should also mention the potential history of mental illness and drug or alcohol abuse.