Remeron is a medication used to treat depression. Despite many being prescribed it, few know the Remeron drug class. Knowing the Remeron classification can help people better understand the medication and its risks.

Is Remeron A Controlled Substance?

Remeron medicine is a prescription medication. This can lead many people to assume that it is a controlled substance. However, that depends on how the term is being used.

The use of mirtazapine is controlled in that no one is meant to be able to access it without a valid prescription from a doctor. However, controlled substances are officially only those on the DEA Drug Schedule. This is reserved for drugs of abuse. While Remeron is used for anxiety, depression, and other similar conditions, it is not as easily abused as other medications treating the same things. As such, the mirtazapine classification does not refer to controlled substances.

Is Mirtazapine A Sleeping Pill?

One of the side effects of Remeron is sleepiness. As a result, it is sometimes prescribed to treat insomnia. However, it is not a sleeping pill.

In fact, most medications that are used to treat insomnia and other sleep disorders are not designed for that purpose. Instead, their ability to help people sleep is discovered by accident.

Is Mirtazapine A Benzodiazepine?

Benzodiazepines enhance the effect of the neurotransmitter gamma-aminobutyric acid (GABA) at the GABAA receptor, which produces sedative and hypnotic effects. Remeron does not impact the GABAA receptor, which means the mirtazapine drug class is not a benzodiazepine. However, many people are confused about this given the “pine” ending to the medication and the fact that they can both treat anxiety.

Is Remeron An Antipsychotic?

Antipsychotics are major tranquilizers used to treat severe behavior disorders. How they work will vary, but what is important is what they are designed to treat. Schizophrenia and bipolar disorder can be addressed with these medications. Mirtazapine, however, is only meant to treat depression and anxiety. As such, the Remeron classification is not antipsychotic.

Is Mirtazapine A Narcotic?

Narcotic is a common term, but it refers to a limited number of substances; specifically, opium, things made from opium, and synthetic versions. Since Remeron has nothing to do with opium, it is not a narcotic.

However, some people use the term narcotic to refer to any drug of abuse. Since there are people who attempt abusing by snorting Remeron, some might call it a narcotic. However, even given the mirtazapine withdrawal peak, the drug functions in a different manner than those commonly placed in the narcotic drug class. In any case, no one should be engaged in drug abuse as it is against the law, as well as poses severe health hazards.

Anticholinergics block the action of the neurotransmitter acetylcholine at synapses. Mirtazapine does interact with the central nervous system, but it does not do so in the same manner. As a result, it cannot be said that the Remeron classification is anticholinergic.

Is Mirtazapine An Antihistamine? 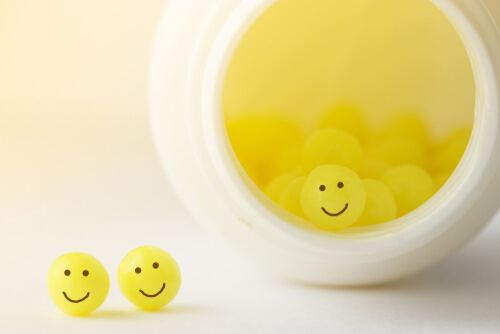 What Type Of Antidepressant Is Mirtazapine

Mirtazapine is an antidepressant by class. However, not all antidepressants are the same. In fact, this drug class is divided into numerous categories, and users should know what the Remeron classification is within them.

Is Remeron An SSRI?

SSRI stands for selective serotonin reuptake inhibitor. This means that the drugs within this class function by preventing the brain from reabsorbing serotonin at its normal rate. This leaves more in the brain, and as this is a feel-good chemical, it can alleviate symptoms of depression. Remeron does not inhibit the reuptake of serotonin. As such, the mirtazapine antidepressant drug class is not SSRI.

Is Remeron An MAOI?

MAOI antidepressants are among the oldest in use. Standing for monoamine oxidase inhibitors, they limit the function of monoamine oxidase, which breaks down feel-good chemicals. As such, there are more left in the brain, helping to reduce depressive feelings. Remeron does not act on monoamine oxidase in this manner, which means that an MAOI is not the mirtazapine classification. 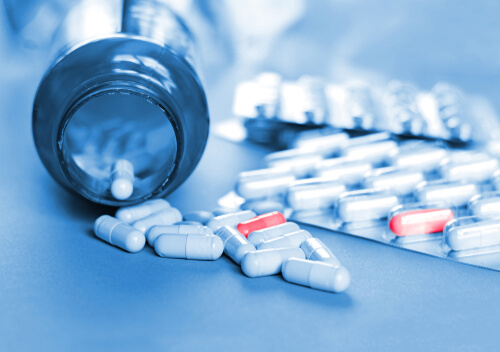 Is Remeron A Tricyclic Antidepressant?

Tricyclic antidepressants work in two ways. First, they increase levels of norepinephrine and serotonin. Second, they block the action of acetylcholine. This increases feel-good chemical presence in the brain. While this is similar to the manner in which mirtazapine works, their chemical structure contains fewer rings, which means tricyclic antidepressant is not the Remeron drug class.

Is Mirtazapine An SNRI?

Serotonin and norepinephrine reuptake inhibitors occupy the reuptake spots within the brain, preventing the body from absorbing the two feel-good chemicals. This means there is more of them present, which reduces the feelings of depression. Mirtazapine does not occupy these spots, which means the Remeron classification is not SNRI.

Is Remeron An Atypical Antidepressant?

Yes, the Remeron drug class is an atypical antidepressant. However, within this class, there are smaller classes. Mirtazapine is a tetracyclic antidepressant. It functions by increasing activity in the serotonin and norepinephrine systems in the brain. This means that reuptake remains normal, but there are more of the chemicals overall, leading to fewer depressive symptoms.

Is Mirtazapine A Strong Antidepressant?

Remeron is an effective antidepressant that is FDA approved and widely used. However, it is not known for being stronger than the average medication in its class. For some patients, it may feel incredibly powerful, while it may not work at all for others. Patients should work with their doctor to determine if it is a good fit for them.

All medications can be misused. If someone is abusing Remeron, they need to seek help. Drug addiction and rehab centers offer the therapies needed to stop mirtazapine abuse and help the user stay clean. Addiction treatment in such centers often is facilitated by medical supervision and includes medications to help the patients to make the process of recovery easier.