How Long Phenobarbital Stays In The System

The duration that Phenobarbital or Luminal, to use Phenobarbital trade name, stays in one’s system usually depends on several factors including the age of the user, their metabolism levels and the way it was administered.
Each of these methods has its speed of taking effect. Tablets and elixirs, the most common methods of administering the drug for medical purposes, take from 30 minutes to one hour to take effect, and they stay in the system for over 12 hours depending on the phenobarbital metabolism of different people.
Different phenobarbital drug test methods have different windows of detection. Following are a few details on the discovery of Phenobarb in different kinds of drug tests.

Blood tests are the most accurate method of testing for barbiturates since they check for parent compounds of a drug rather than metabolites. It is estimated that a Luminal blood test may detect it in the system for up to a week after taking a prescribed dose. It may last longer if the dosage is higher and taken for recreational purposes.

People who take medically prescribed phenobarbital for anxiety should not have to worry about passing a drug test – they just need to show a prescription to the laboratory assistant before the test.

This is perhaps the most popular method of drug testing, especially in an employment setting. When it comes to Phenobarb, the liver puts the substance through a metabolization process once it is entered into one’s system, and the toxic remainder is removed from the body through urine. Due to this process, it can appear in a urine test up for a considerable period. Phenobarbital 30mg is detectable from the first urine collected at 2 hours up to 15 days after taking the drug.

This method is mostly used for quick and recent drug detection. It also measures the parent compound of the drug. The higher the concentration, it is concluded that they are more drugs in one’s system. Phenobarbital is detectable in saliva or oral fluid within 15-60 minutes of administration. It stays in readily detectable concentrations for up to 2 days in saliva.

A hair test is conducted to determine the drug use of a person over a long period. A strand of hair is tested for traces of the drug, and it is useful mostly for “street drugs” and for people who have been substance users for a long time. When it comes to Phenobarb, hair tests detect it for up to 90 days after taking the drug.
Therefore, while it is easy to search how much phenobarbital to get high and use the substance for recreational purposes, it can be quite challenging to get rid of the traces of its use for a long period. 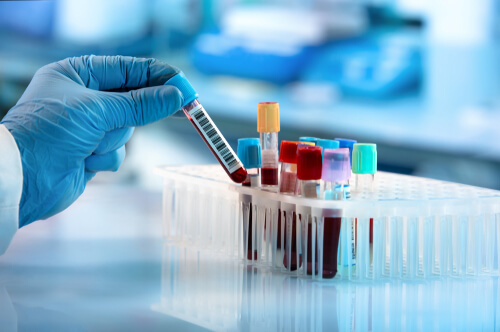 As a barbiturate, Phenobarbital sodium has an average half-life of close to 79 hours in the system of adults. This means that the physicians do not recommend some patients to take the drug every day. Once it is introduced to the patient’s system, they conduct phenobarbital blood test procedures to fully determine the correct dosage to keep the medicine in the therapeutic range in the blood level of the patient.
While the average Phenobarb half-life is around 79 hours, different factors change the elimination time of this drug from the system depending on each patient. The older the patient is, the longer it takes for the body to metabolize and eliminate the drug from the systems fully.

This depends on the kind of screening one has to take for that particular employment. There are two most common standard tests employers use to screen some of the most common “street drugs.”

This is the most common standard drug screening. It covers signs of marijuana, cocaine, phencyclidine (PCP), amphetamines, and opiates. Luminal is a barbiturate and does not show up in this test.

This is a more thorough screening covering an additional five drugs. Apart from the ones included in the five-panel test, this test also checks for barbiturates, benzodiazepines, methadone, methaqualone, and propoxyphene. Phenobarbital shows up in this test.

It is relatively easy to buy phenobarbital online, but it is even more comfortable to get caught on the recreational use during the drug test.

Can a False Positive Test Occur With Phenobarbital?

A false positive test shows that a substance is present in one’s system even though it is not. It happens when the test detects individual molecules in one’s body as drugs. Phenobarbital, however, is not among the medications that can commonly cause a false positive test.

Removing Phenobarbital From The System

While there is no foolproof way of entirely removing Phenobarb from one’s system fast, there are several things one can do to accelerate the body’s natural removal process of drugs, especially when they are experiencing Phenobarbital toxicity.
Following are the three main things that a person who has had a Luminal dose can do to ensure that they are supporting the body’s natural removal process.

Consuming water as much as possible keeps the body well hydrated and helps the physical bodily functions to happen with ease. With this method, one is “flushing” out the drugs from the body since urine is one of the most efficient and effective ways that the body gets rid of toxins. It usually takes several days for this method to be fully efficient. Over a few days, drinking plenty of water will ensure that the concentration of drugs in the system will be diluted.

Both these beverages have high antioxidant properties that can accelerate the metabolism, and hence the removal of the drug from the body. 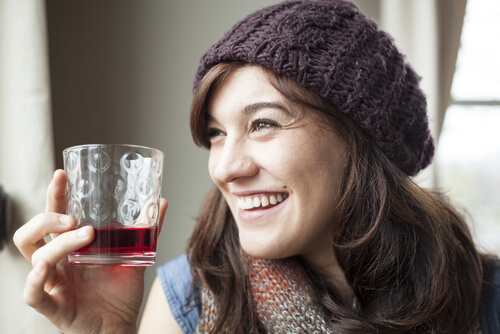 Getting rid of a potent drug from the system requires the body to do extra work in the process of metabolizing the substance and removing the toxins. This is why it is essential to avoid saturated fats and sugars and make sure the diet consists of food that is easy to digest and nutritious. Continuing an unhealthy diet is likely to prolong the natural removal process of the drugs.

This method is called “sweating out” the drugs. As one sweats and burns fat through vigorous exercise, it helps remove any phenobarbital metabolites and remaining residue of the drug from the body through sweat.
Note that these tips will not be helpful in case of drug dependence. Contact the medical professional and get addiction treatment together with support and care. The specialized rehab centers provide safe and compassionate environment while assisting in the recovery.