Phenobarbital Recreational Use: Crushing And Snorting

Phenobarbital recreational use became popular in the 1960s and 70s. It acts on the body’s central nervous system. By reducing its strength of activity, the brain will compensate by increasing its production of dopamine and serotonin. These chemicals induce a feeling of euphoria. This relaxing feeling is what keeps abusers taking Phenobarb repeatedly. Warning: recreational use of Phenobarbital is considered an abuse, it is a controlled substance, and its possession, purchasing or selling can be legally prosecuted.

Ways To Getting High On Phenobarbital

It is possible to get phenobarbital high by increasing the dose and taking the drug in several ways other than oral administration. But how much phenobarbital to get high may vary for every individual. Doctors may prescribe anywhere from 30-120 mg as a daytime sedative, while others may take as much as 320 mg for insomnia daily. Going above and beyond these recommended doses and increasing the frequency of intake may get one high on phenobarbital. Such behavior is highly inadvisable, because it raises the chances of Phenobarbital side effects to appear as well as raises risks of overdose.

Drug combinations, which include the concomitant use of other CNS depressants like antihistamines, sedatives, tranquilizers, and alcohol, can get one high because of more addictive depressant effects.

Aside from oral administration, abusers may take Luminal in other ways to get high:

Abusers sometimes snort phenobarbital. The drug is crushed into a powder form and snorted. However, snorting phenobarbital may cause infection and damage to the nasal pathways, septum, and other surrounding tissues.

Can phenobarbital be crushed for smoking? After crushing, the drug is heated on a foil and then inhaled. This offers a faster way for the medicine to take effect as it passes directly into the bloodstream via the nose and the lungs.

However, this may also cause dangerous side effects like irregular breathing, erratic movements, impaired motor skills, and an increased risk of lung disease.

Shooting is also known in phenobarbital recreational users. As with preparing the drug for snorting and smoking, shooting Luminal even starts with crushing it into a powder form. The drug is then dissolved in water and injected into a vein or muscle. This method presents a higher risk of a fatal overdose as the drug is introduced and absorbed into the body more quickly. One may immediately suffer from an increased heart rate, muscle weakness, erratic movements, fainting spells, and more.

Swallowing Phenobarb folded and rolled in a piece of tissue or paper is commonly done to secure a faster and prolonged “high” feeling while avoiding the unpleasant taste of the drug. The paper acts as a parachute, which causes a sustained release of the drug. This technique, however, may cause airway obstruction and bowel perforation if one accidentally inhaled the paper. There are signs of stomach pain and difficulty breathing.

Unlike solid suppositories, Luminal used for plugging is crushed into powder and mixed with water to create a solution that will be injected into the anus using an oral syringe. The effect is also faster and more intense high. However, plugging increases one’s risk of painful injuries in the rectum, which may develop into lacerations and ulceration. 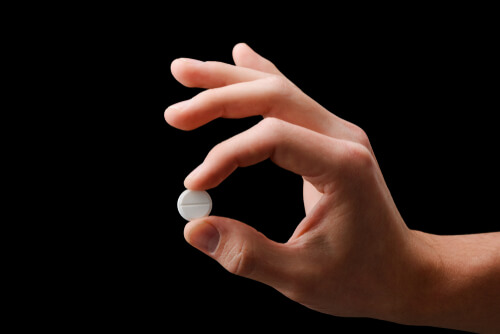 How Long It Takes For Phenobarb To Kick In

Phenobarbital, as mentioned earlier, can be administered in different forms. Each has its speed of taking effect and dosages. Regardless of phenobarbital brand, tablets and elixirs generally start to act within 30-60 minutes. How long does phenobarbital last will depend on the dose and individual metabolism, but the average is for 5-12 hours. Phenobarb half-life in adults is approximately 79 hours. It takes 5-6 half-lives for the drug to be entirely excreted from the body.

Generally, barbiturates can be thought of as brain relaxers like alcohol. Their effects are very similar. While phenobarbital for alcohol withdrawal has become an alternative to the standard Benzodiazepine-based therapy to reduce costs and complications, when combined, these two can be lethal.
People abuse Luminal to get high. Early effects that bring desirable results, which are described as being similar to alcohol intoxication, include:

However, these benefits are counteracted by a slew of CNS depressing effects, which include:

There is also a high potential for abuse and addiction after getting high. The difference between the amount causing drowsiness and phenobarbital lethal dose, which is 6-10 grams, may be small. This makes barbiturates dangerous, hence not often used today.

Who Is More Likely To Get High On Phenobarbital

Though it is not common for mental illnesses to co-occur with phenobarb abuse and addiction, they can still trigger drug abuse as a way to cope or self-medicate.

The most common are anxiety and major depression disorders.

Drug combinations and interactions may change how this drug works and increase one’s risk for serious side effects. The use of opioids, cough relievers, marijuana, anti-anxiety medications, muscle relaxants, and antihistamines can get one high quickly because of their sedative effects. Primidone is very similar to Luminal. Combining drugs with primidone and phenobarbital can amplify its sedating effects.

The concomitant use of alcohol and phenobarb may also produce additive CNS depressant effects, which makes one feel very high.

Users Who Smoke or Inject Phenobarbital

Smoking or shooting Phenobarb can significantly increase its addictive potential.

Patients Who Use Higher Doses

Higher doses of Phenobarb can get people high quickly. It also increases one’s risk of developing drug tolerance and addiction.

Due to its sedating and hypnotic effects, which can quickly get people high, Phenobarbital abuse is widespread.

It is one of the most commonly abused prescription drugs in the US, involving more than 18,000 ER visits in 2011 due to non-medical use.

Due to its high potential for abuse, many are asking if Phenobarbital is a narcotic. It’s a sedative drug or a barbiturate classified as a Schedule IV controlled substance by the DFA. It may highly result in the development of physical dependence when used long-term, but it does not refer to the narcotic class.

Recreational Use Of Phenobarbital And Addiction

Phenobarbital, despite being a prescription drug, is available to the general public. Aside from street vendors, buying phenobarbital online is fast and easy! With good access to these highly addictive pills, recreational use is fairly common.

It all usually starts with experimentation during social gatherings, and for some people, recreational use becomes more frequent without medical supervision. As time passes, users ask for larger doses to get high. Soon they will need the drug just to feel normally. As the drug use increases, it becomes more challenging to go without the medication, thus causing addiction.

Attempts to stop drug use immediately will cause intense cravings and make one physically ill. With high and frequent doses, Phenobarb side effects can be fatal. Hence it is imperative to have a regular basis consult with a doctor for medications and individual or group therapies in the rehab facilities. Addiction treatment is covered by insurance in most cases.