Phenobarbital controlled substance is an efficient drug in controlling the brain’s abnormal electrical activity which occurs during an epileptic seizure. Because it works as a central nervous system depressant, many confuse the medicine for being a narcotic, an opiate, or a benzodiazepine.

Is Phenobarbital a Controlled Drug?

Luminal, Bellergal-S or Nembutal, Phenobarbital other names, is a controlled substance classified and regulated by the Drug Enforcement Administration (DEA) since even small doses can cause a repetitive usage leading to dependence.
The United Nations defined controlled medications at the convention on psychotropic substances held in 1971 in Vienna, as being those that can produce psychological and physical dependence and CNS depression or stimulation, leading to altered cognitive, motor, perceptive or affective function or abnormal sensory experience.
Phenobarbital controlled drug can be habit-forming, causing physical dependence, psychological dependence, or tolerance, especially when the patient is under prolonged treatment with this drug. That is why doctors rarely prescribe this drug for more than two weeks.

Phenobarbital class – controlled substances – cannot be dispensed without a prescription, and it must be distributed only by licensed individuals.

Unfortunately, this does not prevent phenobarbital recreational use. People could easily abuse Phenobarbital because it produces a quick high, which is both relaxing and euphoric.
Phenobarbital is controlled by specific distribution, trade, and licensing manufacture, but without a strict record of the drug’s acquisition, disposition and production.

What Schedule Is Phenobarbital?

Phenobarbital is a Schedule IV drug under the Controlled Substances Act 1970 in the United States. The United States Drug Enforcement Administration added Phenobarbital to this class because it has a moderate potential for abuse, which can lead to dependence. The sudden stop of treatment might cause Phenobarb withdrawal.

Schedule IV means that Phenobarbital has a lower potential of dependence and abuse compared to cocaine, opioids, or Ketamine. Other drugs in this schedule are Ambien, Talwin, Tramadol, Ativan, Xanax, Darvon, Valium, and Soma.

Is Phenobarbital a Narcotic?

Phenobarb is a hypnotic or sedative drug, but not a narcotic. But even if it is not a narcotic, the drug is used to relieve narcotic withdrawal symptoms. Phenobarbital has proved efficient in treating the gastrointestinal dysfunction and central nervous system irritability associated with neonatal drug withdrawal.

Phenobarbital is similar to a narcotic in one aspect: it can quickly create an addiction.

What is Phenobarbital used for? The drug depresses the central nervous system making the brain produce more dopamine and serotonin, chemicals that make the user feel good. This good feeling makes patients want to take this drug again and again.

Is Phenobarbital an Opiate?

Although Phenobarbital can cause addiction, it is not an opiate and mixing the two drugs can increase the incidence of respiratory distress and in severe cases cause death.

Studies in newborn infants suffering from Neonatal abstinence syndrome caused by opiate withdrawal showed that Phenobarbital has proved efficient in reducing the duration of supportive care needed by the infants. The study compared Phenobarbital and Diazepam, and the results showed that the first drug proved more efficient. 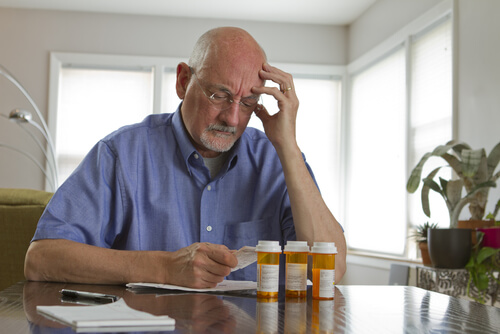 Is Phenobarbital a Benzodiazepine?

Although Phenobarbital is a barbiturate, not a benzodiazepine, they are very similar in how they affect the human body. Both barbiturates and benzodiazepines are part of the same drug classification, both being central nervous system depressants causing drowsiness and both are used to treat seizures and insomnia.

Is Phenobarbital a Psychotropic Medication?

Psychotropic drugs or psychotropic medication is a term used for psychiatric medicines which alter chemical levels in the brain impacting behavior and mood. Some of the most commonly used psychoactive drugs are antidepressants, antipsychotics, ADHD drugs, mood stabilizers, and anti-anxiety medications.

The International Narcotics Control Board lists phenobarbital as a sedative and psychotropic substance. More precisely, Phenobarbital is a nonselective central nervous system depressant mainly used as an anticonvulsant in subhypnotic doses and as a sedative-hypnotic.

Is Phenobarbital a Barbiturate?

Phenobarbital belongs to the barbiturates class of drugs, being a nonselective central nervous system depressant. Barbiturates are commonly used for the induction of general anesthesia, more precisely, thiopental, and as antiepileptics, phenobarbital.

Barbiturate Phenobarbital was the first drug to begin another essential therapeutic use of barbiturates: the treatment of epilepsy. The main Phenobarbital effects are sedative and an antiseizure, addressing generalized tonic-clonic, focal, myoclonic, and absence seizures.

Phenobarbital is a controlled substance, although the WHO suggested in 1978 that it should be removed from the controlled drugs list because it has a low potential for addiction if used appropriately, compared to narcotics, shorter-acting barbiturates or benzodiazepines. The suggestion was rejected, the drug remaining on the list.

Currently, Phenobarbital is the most prescribed drug for epilepsy, although in some developed countries, it is used as secondary therapy due to its adverse effects and risk of addiction. However, addiction to this drug can be treated. There are numerous drug rehab institutions that focus on treating barbiturate dependence.