Phenibut Side Effects: Is Anfiven Safe?

Even though it is widely considered by the users as a “wonder drug,” there are plenty of side effects that come with using Phenibut. Fenibut is extremely similar to the natural neurotransmitters of the brain, making the dependency that the human brain develops to this substance is very difficult to recover from. This is also the reason for the side effects and the withdrawal symptoms that appear when the body is deprived of it. This article is a detailed discussion of the many different aspects of Phenibut side effects and how to successfully cope with them.

Reasons For Side Effects Of Phenibut

Due to the lack of clinical research of Phenibut as a prescription drug in the US, there are no definite conclusions as to exactly why Fenibut causes side effects. However, reportedly the most common reason for the adverse reactions of taking Fenibut is taking overly high doses of the drug.
The chemical structure of this substance is exceptionally similar to GABA – gamma-Aminobutyric acid – the primary inhibitory neurotransmitter in the human brain. Regardless of which method it is taken, Phenibut powder or capsules, the human body creates a quick high tolerance for the regular Fenibut users. It makes the users increase the dose to get the same intense feeling of exhilaration they initially get – which causes adverse side effects such as Phenibut stomach and eventually Phenibut liver damage.
The next most common reason for severe adverse reactions for Fenibut is when the body of a user goes to a withdrawal mode when they stop using the substance. Phenibut withdrawal timeline can last from a few hours to several days. These negative symptoms reportedly appear within a mere day of not taking the substance for a regular user and can get extremely severe up to causing Phenibut brain damage.

Side Effects Of Phenibut Caused By Low Doses

Taking low doses of Fenibut does not save the user from having negative after effects, although the severity of these effects differs according to the dose. The average Phenibut half-life is about 5 hours, within which most of these side effects would start to appear. It is important to note that most of these are anecdotal evidence by users and have not been extensively studied or researched.

Following are some of the common side effects of taking small or recommended doses of Fenibut for both medicinal and recreational purposes.

It is essential to have proper knowledge on how to take Phenibut, regardless of it is used for medicinal or recreational purposes. High doses of Fenibut not only gives severely uncomfortable negative after effects but also can lead to long terms health issues such as muscle spasms and even Phenibut liver damage. Due to the nature of the drug, it is primarily linked to central nervous system depressant effects.

Following are some of the common severe side effects caused by the abuse of the substance by taking overly high doses.

The reason for the rigorousness of Phenibut long term effects is the formation of physical dependence that occurs in the human brain for this substance. As a result of the broad structural similarities of this substance to the natural neurotransmitters of the brain, the body is unable to distinguish one from another, forming a dependence to the stimulation of the GABA receptors by this extra addition.

This dependence eventually evolves into an addiction, since Fenibut also stimulates the dopamine receptors of the brain that causes a feeling of intense exhilaration. Depending on the tolerance level of users, it can take only one session of using it to produce a Phenibut appetite and develop an absolute dependence on it. They often start to buy Phenibut capsules in large numbers to keep up with tolerance and dependence.

The most extreme levels of long term after effects of Fenibut occurs when the substance starts directly affecting the liver and the bloodstream. Perhaps the most extreme consequence of long term use of this substance is Phenibut Psychosis, a condition that occurs due to dissociative intoxication and prolonged withdrawal. This is a rare but possible occurrence with inotropic agents such as Fenibut.

Due to not being an FDA approved the drug, Fenibut finds its way to the western world through e-commerce sites that often market is as a “natural” substance with barely any side effects. Is Phenibut safe? Yes, it can be in small doses to an extent.

However, Fenibut is a psychotropic drug that changes the mental state of the user by directly affecting the brain. The human body is quite unable to manage overdose on its own, prompting a situation that needs immediate medical attention.

Following are some of the side effects caused by overdosing of Fenibut that requires immediate medical attention. 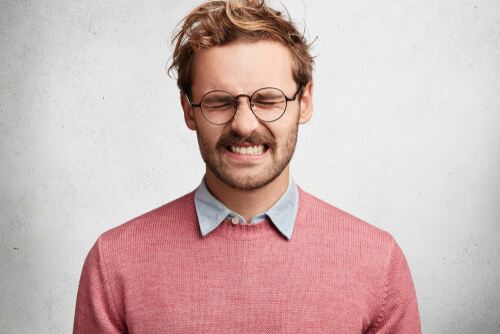 This occurs as a result of prolonged use of high doses of Fenibut when the brain forms a high tolerance and a dependency on the substance and can no longer distinguish from the natural neurotransmitters and the additional substance. The symptoms of this condition include losing consciousness, pupil dilation and rapid eye movements, falling, clenching teeth, drooling/frothing at the mouth and more.

This requires immediate medical attention since if the seizure lasts for more than 3-5 minutes, it can be life-threatening and can cause lasting and severe health damages. While Phenibut death is virtually unheard of, it can be an indirect cause of a deadly situation like this.

This is a condition that occurs during severe withdrawal episodes and also as a result of some interactions in high doses such as Phenibut and Adderall. It can be explained as a severe disturbance of mental abilities with symptoms such as lethargy, personality changes, disorientation, and unpredictable mood shifts.

Recovering from delirium caused by Phenibut or any other psychotropic drug is a careful and gradual process. It can lead to a more severe decline in health issues if not treated fast.

Variables Affecting The Emergence Of Anfiven Side Effects

Coping With Phenibut Side Effects

Most of the side effects caused by Fenibut is due to its high tolerance levels and the withdrawal symptoms that follow. Therefore, one of the effective ways to successfully cope with these negative effects is to limit the frequency of usage to fully prevent any tolerance buildup within the body. To put it simply, Phenibut safety is all about taking it in low doses in moderation. Treating any addiction issues can be done by gradual tapering, which is gradually reducing the dosage until the body stops feeling any withdrawal symptoms. The tapering schedule may be created by the prescribing doctor or in the drug rehab institution.