Phenibut Interactions With Alcohol, Weed, And Other Drugs 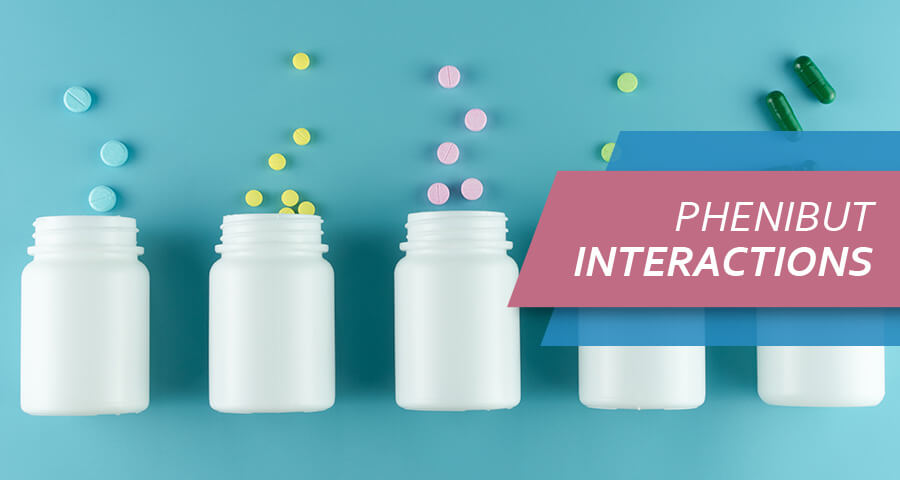 With the widespread availability of unregulated drugs or supplements online, it’s no longer a concern where to buy Phenibut. People are now unrestricted to get and mix Phenibut with other substances for recreation. However, there have been reported cases of serious side effects and toxicity related to these Anfiven drug combinations.

Mixing Phenibut With Other Substances

Phenibut, sold under different brand names like Noofen, Anvifen, and Fenibut, is not only to treat anxiety and depression. It is also often being consumed for recreation. It is often mixed with other substances to enhance Phenibut effects and to get high. However, recreational use is considered an abuse, it does not come without risks, as negative side effects, tolerance, and dependence are very common.

Both Phenibut and alcohol affect the way GABA receptors function. Given the similarities in their actions, users often combine them for added benefit. This combination may produce a “buzz” feeling after having fewer alcoholic drinks, for some people. However, this is considered to be a dangerous practice with a very high risk of unwanted side effects.
At recommended Phenibut dosage, the mild stimulation of GABA receptors is what gives the desired and well-tolerated feelings of relaxation and enhanced sociability. But, overstimulation of GABA receptors can result in severe consequences for one’s health and safety.

Users mix Fhenibut and kratom for pain relief, or opiate withdrawal syndrome. Kratom and Phenibut both acts on the GABA receptors in the brain. Noofen produces tranquilizing effects, which reduces anxiety and fear and improves sleep patterns. It also potentiates the actions of Kratom, thus the effects last longer. There is an increased pain threshold effect, and it becomes more sedating.

At low and medium doses, one will experience soothing and calming effects. However, as the dose increases, one may suffer from extreme sedation or a coma-like sleep. Nausea and vomiting are also very common. It is highly recommended to avoid such high doses as it may quickly lead to tolerance and dependence.

Some users reported on forums that with continuous use of this drug combination, constipation and blurred vision are likely to occur. Some even claimed episodes of rebound insomnia.

Phenibut and Adderall are popularly used under the presumption that their combined actions can help reduce anxiety. Phenibut has a sedative effect, which helps avoid the irritability that comes after taking Adderall.

The Adderall and Phenibut combination has much greater effectiveness in reducing the chance of Adderall stimulation producing anxiety. While this is helpful for young adults struggling with a social anxiety disorder, this combination may also cause serious side issues.

Adderall may overshadow the effects of Fenibut, which may cause an overdose. Taking both types of drugs all at once is also hard on the heart. Stimulants speed up the heart rate, while depressants work to slow it. Severe interaction gives mixed messages to the heart and may lead to dysrhythmias.

If one needs to be in a cycle of taking Adderall and Noofen, it is best to consult a doctor.

Users can quickly develop tolerance, which makes it difficult to continue using the same Phenibut dosage to get the same effects. There’s an increased risk of overdose.

Noofen serves the purpose of reducing stress and anxiety and helps with sleep and motivation. Many weed smokers take Phenibut supplement several hours before smoking weed. This Anfiven and weed combination gives users a more relaxed, calm, and focused feeling. However, the tolerance of Anvifen builds up very fast, and frequent use can put one at risk of severe side issues. To enjoy the maximum benefits from Anvifen, never use it more than twice weekly.

Users reported on forums that combining Phenibut and LSD, have helped reduce psychedelic effects, which usually include visual and sensory distortions. This combination is excellent for anxiety from LSD. Phenibut as an anti-anxiety and anti-depressive drug counteracts the uncomfortable sensations in line with a regular LSD trip. However, doses of each drug vary for every user.

Some people have reported experiencing a decreased libido after taking large doses of Anvifen. It reduces sex drive. Users then take alternative supplements like Extenze and Phenibut altogether to promote arousal. Generally, this is a safe combination, when used at the right dose. Always inform the prescribing doctor about any possible drug interactions, even if they seem safe.

As Anvifen is useful for relieving social anxiety and stress, many people are now turning to drugs that may help battle Phenibut withdrawal symptoms, especially depression. People often use Fasoracetam.

However, one study has noted Phenibut overdose in combination with Fasoracetam. Fasoracetam can enhance the response to Phenibut by up-regulating GABA-beta receptors and decreasing the threshold for tolerance. As unregulated products, this fasoracetam phenibut combination may put the general public at risk from an overdose, which may lead to toxidromes.

No adverse interactions between Anfiven and caffeine have been reported. In most reviews posted on forums, these two substances can work together well at the right dosage. Users drink coffee a few minutes after taking Fenibut. The adverse effects of both drugs negate one another, hence being used by many as combination drugs.

Caffeine is known to heighten the senses, which can be dulled by Fenibut. Fenibut, on the other hand, can calm a person and reduce any jitters or anxiety that caffeine might produce.

People use Phenibut and DXM together to get high. While DXM is most often used for cough, it is also a morphinan class of drug with sedative and dissociative properties.

There were reported cases of high blood pressure from this combination as posted on forums.

MDMA is a psychostimulant with a serotonergic activity that makes users amped up. Users mix Phenibut and MDMA to help reduce the comedown side issues of MDMA and help one get better sleep. Users take Noofen when the MDMA comedown starts, approximately 3-5 hours before the roll ends.

Fenibut is a powerful anti-anxiety compound, and Modafinil is a potent wakefulness agent. People combine these two drugs to reduce anxiety while maintaining a high degree of mental energy. The effects of mixing Modafinil and Fenibut are long-lasting. It helps people move with increased vigor and vitality. Both of these nootropics may cause addiction.

Many are testing the recreational effects of mixing Adrafinil and Phenibut. While treating anxiety, fear, tension, and sleep problems, Fenibut is known to cause dizziness and sedation. Adrafinil, as a behavioral stimulant, can help increase wakefulness and improve attention abilities. Aside from recreational purposes, this combination is often used by people who work for extended periods of time. Generally, this is a safe combination, but tolerance may still develop.

People who are taking Vyvanse to treat ADHD and binge eating disorder are getting help from Fenibut to relieve possible side effects. Trouble sleeping, irritability, restlessness, anxiety, and depression are common side issues of Vyvanse. There are no known serious side effects of mixing Phenibut and Vyvanse, hence an excellent combination to manage such discomforts. However, the concominant use of these medications shall be previously discussed with a doctor.

Kava and Anfiven both generally act as GABA agonists. They then to make excellent relaxants, anxiety relievers, and tranquilizing agents. People combine these two to get a euphoric feeling.

Though no known serious side issues were reported, there is still a possibility to create a blackout combination. Both drugs are also addictive, and withdrawal symptoms can be very bad, mainly when used in large amounts.

Tianeptine has anxiolytic and antidepressant effects that quite similar to Anvifen. Both are used to treat anxiety and depression. As they induce euphoria, people are trying to combine Tianeptine and Noofen for an intensified effect. However, there are concerns for potential abuse and serious side effects like loss of consciousness and trouble breathing.

Consult With A Doctor

Along with the physical risks of mixing Phenibut and other drugs, drug combinations may worsen mental health issues like depression and anxiety. Also possible is the development of dependence on substances, which may eventually cause withdrawal symptoms.

Phenibut treatment centers are the right choice for someone who feels they have an addiction. Treatment programs take a holistic approach and address the reasons people might have started using this drug in the first place.

Phenibut withdrawal is very uncomfortable, and medical detox may be needed, to be safe during this time. Rehab programs will use cognitive behavioral therapies to help patients change their way of thinking and how they respond to stress.