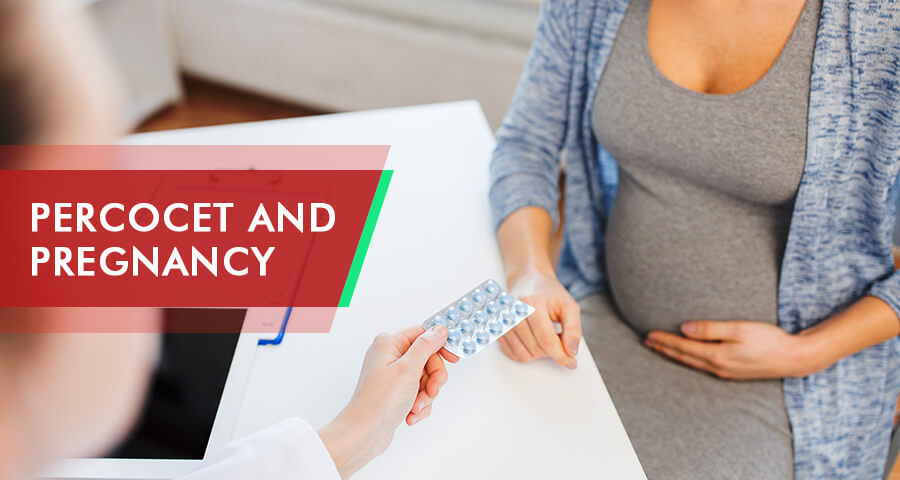 Can women be prescribed with Percocet while pregnant? Percocet pregnancy category is C. This drug is an opioid that consists of highly addictive compounds that can lead to physical dependence with prolonged usage. Deciding whether or not to take Percocet during pregnancy and breastfeeding is an essential decision that pregnant woman and lactating mothers must make since these medicines can be detrimental to the health of the mother as well as the infant. It is essential to evaluate the pros and cons and weigh the risks before consuming Percocet during pregnancy or breastfeeding.

Percocet And Pregnancy Side Effects

Percocet is an addictive drug, and when used during pregnancy, it can break through the placenta and enter into the central nervous system of the fetus. Meanwhile, occasional use of Percocet during pregnancy does not pose huge risks for the infant. However, prolonged use of Percocet while pregnant can have a negative impact on the baby’s breathing pattern, as Percocet lowers the breathing rates and leads to respiratory depression after birth. 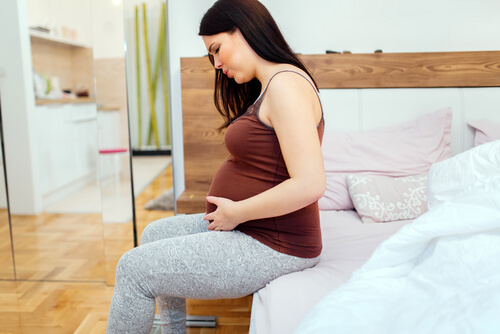 Consuming Percocet while pregnant could lead to the following side effects:

Neonatal Abstinence Syndrome or NAS refers to the complications faced by the fetus withdrawing from opioid drugs that were consumed by the mother during pregnancy. When taken during pregnancy, Percocet can’t leave the system instantly and often pass on to the newborn through the mother’s bloodstream. Addictive compounds that cause physical dependence, especially when used during pregnancy, can affect the fetus.
The dependence of the baby continues even after the birth, as the central nervous system of the newborn becomes overstimulated leading to the commencement of withdrawal symptoms. If one uses Percocet while pregnant the fetus falls under the risk of Neonatal Abstinence Syndrome to appear.

When a mother intakes Percocet during pregnancy, it elevates the risks of developing Neonatal Abstinence Syndrome. Symptoms of the disease vary depending on various factors such as the amount and type of substance used, the duration it was used for, and whether the baby is a premature or full term. Withdrawal symptoms may begin soon after birth, around 24 – 48 hours after giving birth, or after 5 to 10 days. 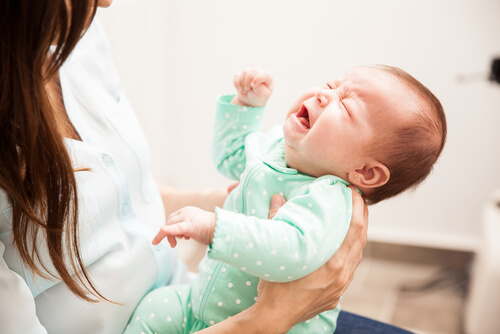 Here is a list of the most common symptoms of Neonatal Abstinence Syndrome – though the symptoms may vary for each newborn. Babies that are full term may experience the following withdrawal symptoms:

Premature babies may experience less severe symptoms than the full-term ones, and they do not face many difficulties during the recovery process.

Neonatal Abstinence Syndrome can be treated once the doctor has conducted a successful evaluation of the baby’s health. The doctor will prescribe various treatment options depending upon the following factors:

Babies experiencing the withdrawal symptoms will often be very irritable and may have a tough time being comforted. Certain babies that have been experiencing severe withdrawal symptoms such as seizures may require medication to treat the problem. IV fluids may be given if the infant has become severely dehydrated. The drugs used to treat the newborn belong to a similar family of the drugs that the baby is withdrawing from. Morphine and methadone are often used to relieve the withdrawal symptoms in infants. Clonidine may also be used to manage severe withdrawal symptoms in infants. The dosage is decreased gradually to help the newborn wean off Percocet. Since these babies are usually quite fussy and cranky, the doctors may advise the parents to use the TLC (tender loving care) method to soothe the baby. The TLC strategies include:

The treatment may last from around 1 week to 6 months, depending upon the severity of the condition. Aftercare will be provided regularly once the newbie has recovered from the addiction.

Can Women Take Percocet While Breastfeeding? 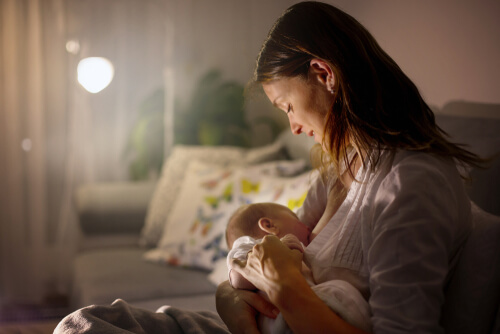 When a mother takes Percocet while breastfeeding, the drug can pass onto the newborn through the breast milk and cause significant harm. According to information on CDC, taking Percocet during pregnancy can have a negative impact on the health of the baby. A survey was conducted on 533 women regarding the effects of oxycodone on infants, and 20 percent of those women reported that their children were experiencing problems with their central nervous system.
A report produced by the American Academy of Pediatrics in 2013 stated that using Percocet while breastfeeding is not recommended due to the central nervous system issues that it causes in infants. Not only that, the warning label on Percocet states that it should not be consumed by lactating mothers due to the possibility of the child developing respiratory depression. Consuming more than 400 mg of Percocet per day can elevate the risk of the child developing health issues in breastfeeding mothers.
Here is a list of the side effects experienced by infants from mothers that consume Percocet while breastfeeding:

If One Is Pregnant, and Taking Percocet, What Is Advisable To Do?

If a patient is taking Percocet while pregnant for pain-relieving purposes, but are concerned regarding the risks of consuming the drug, it is important to consult the doctor before quitting the medication. The intake of such drugs as should not be stopped abruptly, as these can cause various health complications, including:
Placental abruption
This is quite a serious condition where the placenta moves away from the placenta either completely or partially before birth. This condition can cause heavy bleeding and could be life-threatening for the mother. It could also lead to premature birth.

This occurs when the baby dies within the womb after 20 weeks of the pregnancy.

This is when the newborn does not grow within the womb, as it should.
Therefore, it is essential to consult an experienced doctor who will devise an appropriate treatment plan and gradually lower doses with Percocet 2,5/325, for example, to avoid any complications whilst ensuring a successful recovery. Also, Percocet cold water extraction is recommended to make it’s use less harmful.
Avoid any alcohol use even Percocet and wine together can lead to terrible consequences.

What Pain Medication is Safe While Pregnant?

Finding the right solution to address the pain experienced by pregnant women is a challenging but vital part of prenatal care. Doctors don’t advise to use Percocet during pregnancy or breastfeeding, as well as Vicodin or Norco. Various physicians recommend using an anesthetic named Bupivacaine as an alternative to Percocet during pregnancy for pain-relieving purposes. Pregnant women can also take Paracetamol if the pain is getting out of hand, but it is best to avoid all types of medicines to reduce the risks of developing health complications. Behavioral pain management techniques can be used to reduce knee and back pain during pregnancy, as it is one of the safest alternatives to Percocet.
If a loved one wants to stop taking Percocet during pregnancy or breastfeeding, and would like to receive more information regarding the rehabilitation process, call our toll-free helpline number (888)-459-5511 to speak to a professional healthcare specialist.