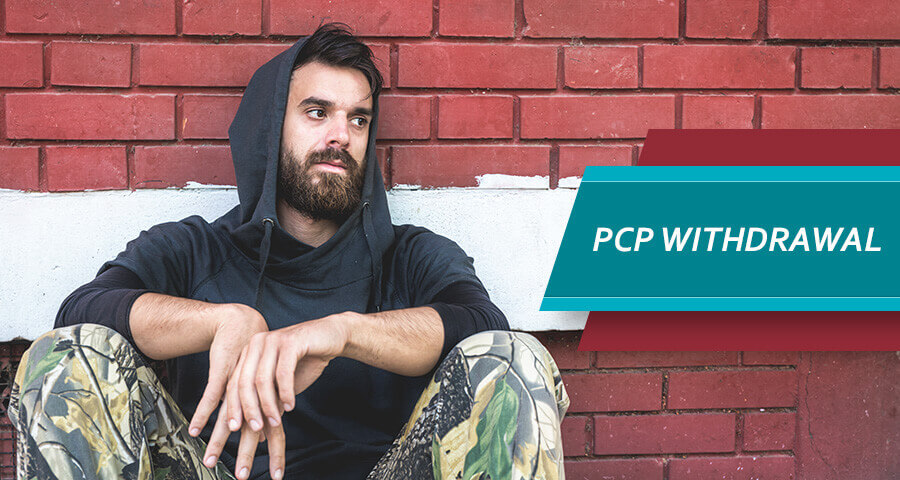 People who regularly use drugs and then stop suddenly may experience delayed PCP withdrawal because it can stay within the body eight days or longer. If one stops using the substance, they will experience PCP withdrawal symptoms that can be frightening. Symptoms can occur within the first day of last use and can last for up to 3 months if the drug was used daily. Symptoms can vary depending on how heavy of a PCP addiction the person had, but are consistent throughout patients.

Symptoms will depend on individual factors such as how long the user has been using the substance, what amounts have been taken, and the age and general health of the user.

Drug users can have long-lasting effects that often make it difficult to stop using the drug once abuse has started. Treatment for phencyclidine is necessary for anyone experiencing PCP withdrawal symptoms.
Pharmacologically, the drug is a noncompetitive NMDA (N-methyl-D-aspartate) receptor antagonist and glutamate receptor antagonist, but also interacts with other receptor sites, and may have effects with dopamine, opioid, and nicotinic receptors. Coming off the drug can be made exponentially tricky for those who are weaning off of a mixed version of angel dust. Those who know how to make angel dust are aware that the substance is not always a pure Phencyclidine, which can lead to further complications when it comes to weaning off the drug.

Depression and memory loss are long-term symptoms that can last for as long as a year after the end of the use of the drug. The possibility of developing these symptoms and the length of their duration is primarily affected by how long the patient has used the drug. Short-term effects of PCP withdrawal may include elevated body temperature, seizures, and muscle breakdown. Muscle twitching, agitation, and hallucinations may also occur depending on the length of use. Acidosis has also been reported in some users experiencing PCP intoxication treatment.

PCP withdrawal symptoms can also include: 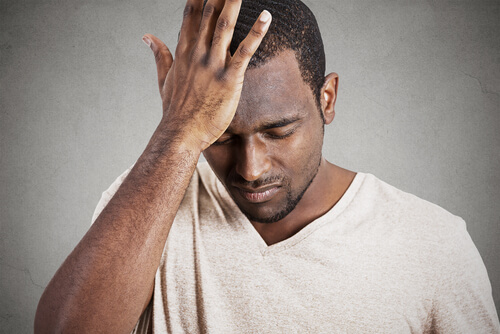 Because of PCP’s long term effects, the withdrawal symptoms can often be disturbing. Some of the most prevalent symptoms of withdrawal have to do with the patient being unable to process pleasure or happiness, due to the receptors that trigger dopamine release being inhibited by over the use. Holding the patient for a minimum of two hours’ observation after they are alert and oriented is necessary before the process can begin. If the user remains in a stupor or a coma for more than three hours, they should be held for a minimum of 24 hours.

The immediate PCP withdrawal symptoms can include a user’s decrease in the ability to feel pleasure, as well as potential flashbacks or visual hallucinations that may have been prevalent during the user’s time on the drug. After all, the triggering of illusions is typically what PCP is used for. There may also be symptoms that include nausea or insomnia.

After a few weeks of PCP withdrawal, users may note that visual disturbances or slight hallucinations may continue to occur. The user may notice that their reward system doesn’t function properly, which may linger for up to a month after the PCP detox has started.

After many months of not using the drug, users may continue to experience cravings for it.

Visual disturbances and psychotic effects may also persist, and in some cases may worsen as time goes by. This may be heightened in cases where the angel dust drug effects are compounded because of a foreign substance being mixed with the medical drug.

The simplest way to avoid PCP withdrawal is not to take the drug, to begin with. However, if that can’t be avoided, then it’s impossible to know how to deal with the effects. Because the drug binds to brain and fat tissue, a significant supplement to preventing PCP withdrawal is to drink a healthy amount of water and exercise as much as possible to burn fat. By shedding the body of unwanted fat, users of the drug can boost their recovery time significantly. This will help prevent any further PCP withdrawal symptoms.

Pharmacologic therapies are often used in patients with addictive disorders to prevent life-threatening withdrawal complications such as seizures and to increase compliance with psychosocial forms of addiction treatment.

For some, their use of the drug could have been mixed with other chemicals, especially if the drug was procured on the black market. A user who was addicted to angel dust (slang for PCP) could be experiencing a myriad of issues for their lack of drug use that differs from those covered above. Angel dust symptoms could potentially involve more intense hallucinations, which means that quarantine is often the best way of ensuring the user doesn’t hurt themselves or others. Educating oneself to what the user was taking, as well as any angel dust drug effects could equip the individual to better deal with PCP detox in all its forms. 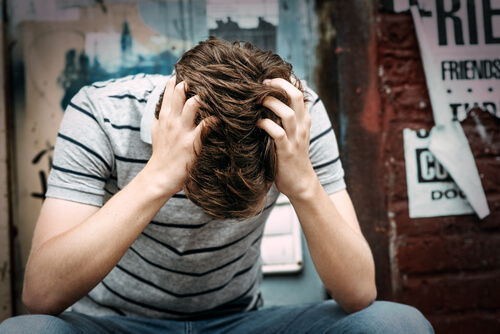 It’s important that drug addicts seek the care of a primary care physician who is in an excellent position to diagnose, manage and intervene with patients who are undergoing the process of treatment and recovery from drug disorders. Medications such as benzodiazepines are useful in the treatment of the symptoms that come from weaning off the drug, and naltrexone and disulfiram can be used to augment relapse prevention.

In addition to quarantining the user from the drug and engaging them in as much physical exercise as they can handle, it’s essential to continually check their urine for trace elements of the drug. It is necessary that a user goes to detox for PCP withdrawal to help cleanse the body of the drug.

Receiving treatment for their PCP withdrawal symptoms from an accredited drug treatment facility will help users learn to manage cravings and prepare them for life free of drugs.

While conducting the stool or urine checks for narcotic elements, note that a false positive for PCP are common and should be taken into consideration.

In the early stages of PCP withdrawal, Lorazepam or another benzodiazepine can be used to control psychiatric symptoms.

If psychotic symptoms are present during the detox process, antipsychotics, such as phenothiazines or haloperidol, can be administered. However, doctors are sometimes reluctant to apply phenothiazines because they can lower the seizure threshold, increase hyperthermia, and cause involuntary muscle movement. Even the use of haloperidol can cause muscle contractions or twitching. If an antipsychotic is determined to be necessary, using intramuscular haloperidol is recommended.

An alternative or natural home remedy may temporarily ease PCP withdrawal symptoms, but only trained professionals are likely to provide permanent relief. Withdrawal can be a very challenging, stressful process if users don’t know where to begin.

Getting Past PCP Withdrawal

This drug is often sold on the streets in a wide variety of forms. This means that it could potentially be easy for abusers to get hooked — drug abusers abuse phencyclidine in several ways, which can make treatment varied.

Often, individuals will use the drug without knowing they are doing so as it is often mixed with LSD, methamphetamines, or marijuana.

Angel dust is a particularly dangerous dissociative drug. It can cause a wide variety of harmful symptoms in users, especially those who are in their teen years. The drug can lead to hallucinations and symptoms similar to schizophrenia, such as paranoid delusions, disorganized thinking, and catatonia. Many individuals have died from accidental injury or suicide during drug abuse. During the PCP withdrawal process, these same individuals are at risk of suicide because they feel as if their feeling of euphoria is gone.

Asking for professional medical help in the substance abuse rehabs is the way to reduce and prevent harmful symptoms of withdrawal. Detoxification is the essential part of the drug addiction treatment process.