PCP Street Names: Why Is It Called Angel Dust? 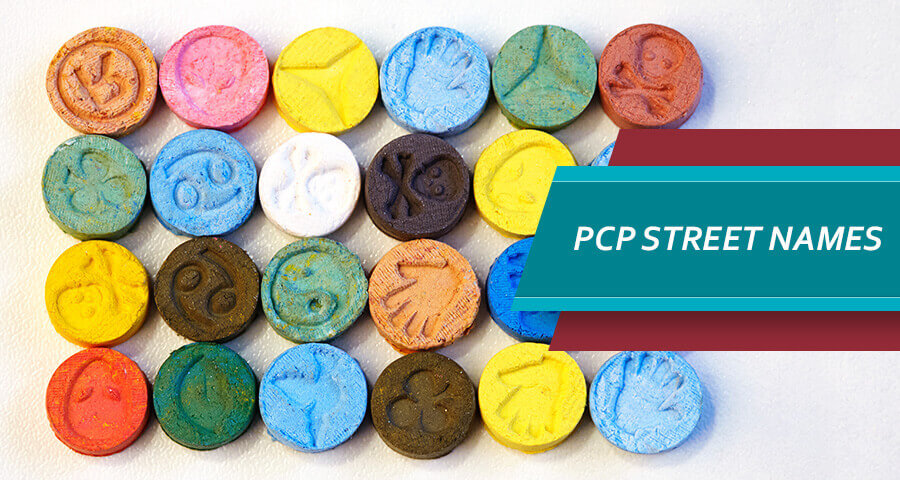 PCP is a mind-altering substance that’s commonly found on the black market. The brand name for PCP is often disguised, but the effects of the anesthetic are constant regardless of the label given to it. Other names for PCP are commonly used by people who want to talk about the drug discreetly, either for fear of family and friends finding out or to avoid awkward questions.
Since the slang name for Phencyclidine can often be challenging to decipher, here are some of the most popular ones. It’s considered to be a narcotic that leads to dissociatives and a distortion of reality (sights, colors, sounds). Developed in the 1950s, it was initially an anesthetic for intravenous use. Due to its serious side-effects, the neurotoxin was discontinued for medical use, but it is still readily available on the black market under various PCP drug names.

PCP nicknames that are commonly used on the black market vary depending on the region. People who are actively abusing illegal or illicit substances can potentially be very creative when it comes to creating slang terms for their vice. The reasons could range from wanting to avoid detection from the authorities to ensuring privacy when communicating verbally or in written terms about their addiction.

If suspecting that a loved one is abusing drugs, watch for the use of repeated odd or unrecognized names which could potentially include the following.

The effects of the narcotic can leave a user feeling lifted and weightless, making the street name ozone fitting for its effects.

Due to the hallucination and disorientation that’s a common PCP symptom, the name Hog implies the behavior of a wild swine in nature.

Although the negative effects of PCP aren’t seen as dangerous by those who regularly partake in the narcotic, the name Wack implies that there’s a dark finish to the drug.

The PCP chemical causes users to experience euphoric feelings of other-worldliness and lift off, making this street name fitting.

Since one of the effects of the narcotic includes a feeling of ecstasy and love, users will sometimes tie the use of the drug to sexual activity. Their enhanced arousal is the root for this street PCP name.

The effects of euphoria are common in users of the street drug, which can be confused with a feeling of peace. The name can also be stylized as PeaCe Pill which hints at the root narcotic. 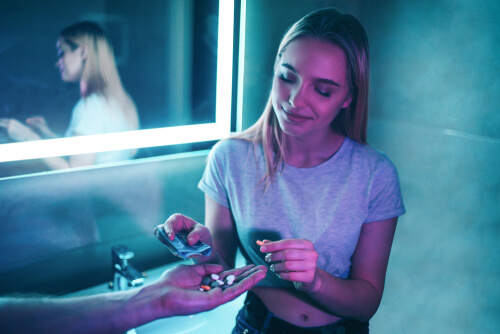 Despite typically coming in pill form, the narcotic can sometimes be found in the form of a white powder that looks crystalized.

The original use for this narcotic was rumored to be used as a horse tranquilizer before safer alternatives became available.

Users of the narcotic can exhibit symptoms that can include a rapid heartbeat, causing users and addicts to often develop a physical tic.

Names for PCP Mixed with Other Drugs

PCP is often combined with other drugs to boost the high and help the user achieve a higher level of intoxication. This causes the narcotic to be multiplied according to the other drug it’s mixed with. The slang names for PCP-laced medications include:

Although there are many other names for PCP included opiates, they’re a constantly growing and evolving list that may differ by region. The adverse effects of the narcotic are also increased, and since the drug is typically long-acting, the chances of the other drug’s impact on the body would be multiplied accordingly. PCP laced weed, for example, would produce a heightened dissociative episode. The chances of a full-blown psychotic episode are vastly increased if it were combined with LSD and pretty much any other psychedelic.

Since the narcotic is not approved for medical use in the US anymore, there are no generic PCP names in the medical community.

However, there are derivatives of the drug still on the black market:

These derivatives are likely to share some of their psychoactive effects, but a range of potencies and varying mixtures of anesthetic, dissociative and stimulant effects depend on the particular drug and its substituents. These derivatives could potentially show up if a user is wondering about what PCP is on a drug test. 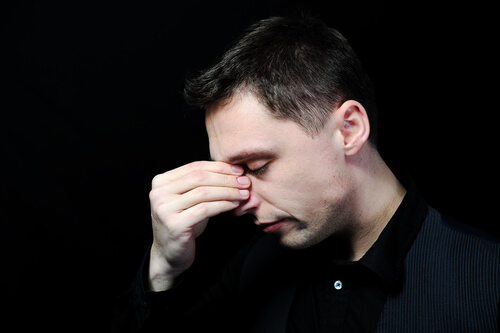 The way these parts of the narcotic work is by attacking the N-methyl-D-Aspartate (NMDA) receptor, a type of ionotropic receptor that receives signals in the form of from external sources. The typical physiological function requires that the activated receptor fluxes positive ions through the channel part of the receptor. When the narcotic enters the ion channel from the outside of the neuron and binds, it blocks the flux of positive ions into the cell. Therefore, the drug inhibits the splitting of neurons and interferes with cognitive and other functions of the nervous system.

Reasons to Know PCP’s Other Names

It’s essential to know about street names for PCP to equip oneself with the knowledge of what to do if one encounters PCP symptoms in a user. If individuals know how to spot them, there could potentially be a way to help someone who is suffering from phencyclidine intoxication or even. The best way to deal with the symptoms of the narcotic, by any name, is to be informed. If a user is experiencing phencyclidine withdrawal, these symptoms will also present themselves in more toxic and severe ways. Users who are experiencing withdrawal are recommended to seek help from a professional drug rehab center.

It’s also important to know the other names for this drug because it comes in many forms. In its pure form, the drug is a white crystalline powder that can easily dissolve in liquid. When sold as a liquid, it is beige, clear, or yellow, and often sold in grocery store style extract bottles. Most often on the street, the narcotic can be mixed with dyes to produce tablets or capsules. There is no need to know how to make PCP to understand the drug and its dangerous effects. It is possible to get back to normal after the PCP use, especially after the substance abuse treatment.