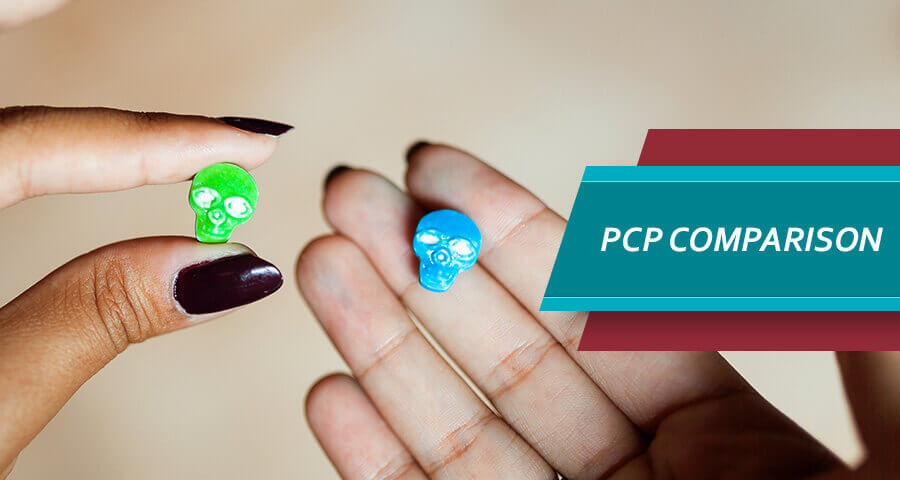 Also known as Angel dust, Phencyclidine (PCP) is a powerful hallucinogenic drug with dissociative anesthetic properties that produce a wide variety of physical and behavioral effects which has a high tendency for abuse and dependence. PCP alternative drugs function and exert the same or similar properties to that of phencyclidine. These PCP alternative drugs can cause users feel out of control or disconnected from their body and environment. This article aims to give detailed insight into various PCP analogs.

Note that there is no safe alternative to PCP. Any of the substances used for mind-altering purposes poses a big danger to health as well as legal prosecution.

Phencyclidine and ketamine are both dissociative hallucinogens. Just like Ketamine, Phencyclidine mechanism of action is to interfere with the brain’s chemical glutamate, thereby allowing users to get relieved from pains, gain access to old-time memories and events.

Just like Ketamine, Phencyclidine has short term effects as well as long term effects depending on the dose and route of administration. The short term side effects include numbness, a sense of well-being and euphoria, slurred speech, loss of motor coordination, misconception of abilities odd, erratic, or unexpected behavior. 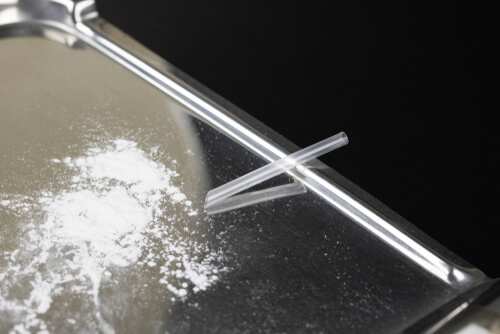 LSD, also known as lysergic acid diethylamide, is one of the powerful psychoactive drugs which acts as both an agonist and antagonist. LSD is known as a classic hallucinogen, while Phencyclidine is classified as a dissociative drug.

Just like in the case of Phencyclidine, users who consume LSD are likely to experience similar symptoms like catatonic rigidity, vomiting, disorientation, depression, distortion of body image, depersonalization, disorders of thought and time sense, synesthesia and anxiety. 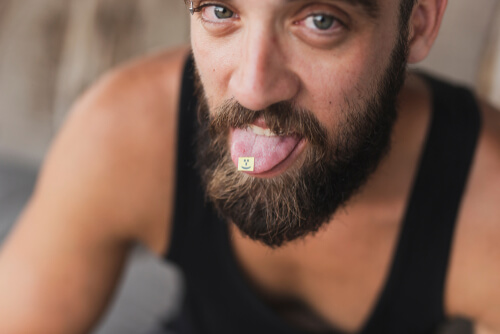 DXM is a cough suppressant which is found in cough syrups which acts as a dissociative anesthetic like ketamine or Phencyclidine. DXM is also known as dextromethorphan.

Since DXM and Phencyclidine both act on the same pathway in exerting some properties, their side effects are somewhat similar. Some of the common DXM and angel dust side effects include disorientation, incoordination, nystagmus, hypersalivation, dizziness, and respiratory depression.

Methamphetamine is a potent stimulant that affects the nervous system. Just like Phencyclidine, Meth is available in liquid, tablet, or powder forms. It can be snorted with the nose, injected intravenously or ingested orally. Both Meth and Phencyclidine can both be smoked as a joint. PCP wet is a term mostly used when liquefied phencyclidine is sprinkled on cigarettes or marijuana leaves. At this stage, a permanent marker PCP smell can be observed.

Meth is an amphetamine anorexigenic agent and also a CNS stimulant. Meth has a high potential for abuse; hence, it must not be used for an extended period. With Meth and angel dust, both acting as a dopamine reuptake inhibitor, patients are likely to experience the following side effects which include catatonic rigidity, disorientation, incoordination insomnia, night terrors, nervousness, and restlessness.

Meth is more potent than angel dust due to its swift behavioral effects in the brain. It takes about 9 minutes after use. Also, Meth’s clearance from the brain is slow. Angel dust is more dangerous than meth, due to its high dependence rate, which can lead to death. 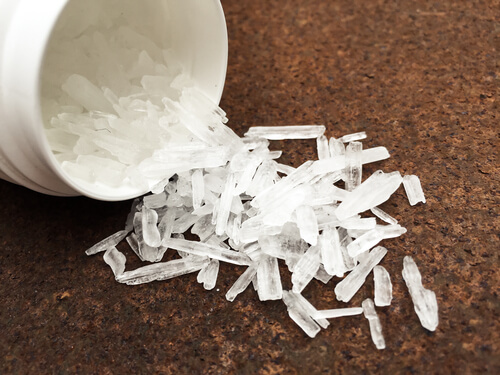 Avoid Abuse Of Any Drugs

Angel dust alternate drugs and PCP itself are hallucinogens, which can be addictive. Hence it should be taken under a doctor’s supervision. Excess intake of PCP alternative drugs can lead to severe health complications. Additionally, Phencyclidine overdose leads to death as a result of respiratory depression.