Smoking Opium – What are the short and long-term effects?

As a very fast method of taking a drug, smoking causes opium to hit the brain quickly. In general terms, opium is a sedative and an analgesic, or a pain reliever.
It slows down the parts of the brain that control automatic body functions such as breathing, digestion, allergic reaction, and feeling pain. Overall, there is a danger of overdose with first use. As a person’s breathing can slow too much, or even stop.
The liquid of the opium plant seed pod becomes a gummy substance when refined. As such,
to smoke opium, the raw material or a dried powder version of it is heated, and the released vapor is inhaled. Smoked opium travels quickly from the lungs to the brain.

Note that smoking opium is incredibly dangerous and illegal. Do not attempt to smoke this drug to avoid the hazardous consequences.

In the beginning, users feel euphoria or a high feeling of pleasure. Particularly, as the brain floods with opium, body functions slow down. A person feels drowsy and like they are a dream state.
Other short-term effects include:

The body quickly develops a tolerance to opium, needing more of the drug to achieve the first pleasurable state. The quest for pleasure and glee becomes a compulsion to get more opium. As a result, drug seeking behavior increases often leading a person to neglect other aspects of their health. Also, when taking more, uncomfortable withdrawal symptoms can occur as soon as a dose wears off. Avoidance of feeling sick creates more of a need for the drug. 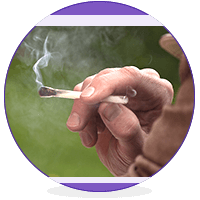 Other long-term effects include:

As a sedative and pain reliever, opium causes body systems to slow down. Therefore, a person experiences a drowsy, dreamlike state with a decrease in feeling pain and anxiety. Risks include breathing slowing to a stop. Long term effects include health problems and increased drug seeking behavior due to tolerance and the need to avoid withdrawal symptoms.