When an individual stops taking opiates abruptly, they may experience mild to severe symptoms of withdrawal. Although these symptoms are rarely life-threatening, without medical supervision or treatment, Norco withdrawals may have fatal complications.

Symptoms of Withdrawal from Norco

Is Norco an opiate? When considering the symptoms of withdrawal, people tend to ask this question. Norco is a combination drug of an opiate and non-opiate analgesic (acetaminophen) – other brands of this combination include Vicodin, Hycet, Lorcet –  so just like all opiates, it may cause some unpleasant symptoms when one quits using it. The symptoms of withdrawal from Norco include:

Infants of mothers who take or stop Norco while breastfeeding may also develop these symptoms and others, which include high-pitched cry, hyperactive reflexes, seizures, sneezing, and irritability (inconsolable crying)

These Norco withdrawal symptoms vary in severity depending on the dosage of the pill an individual was using and how suddenly it was stopped. For instance, quitting cold turkey after taking a high dose may cause severe withdrawals.

Furthermore, an individual’s overall health condition also determines how long opiates stay in one’s system and, in turn, how severe the withdrawal symptoms will be.

The after-effects of stopping opiates are also worse and last longer when it involves drug combinations. For instance, mixing Xanax and Norco produces more severe symptoms during detox since both drugs have additive effects. 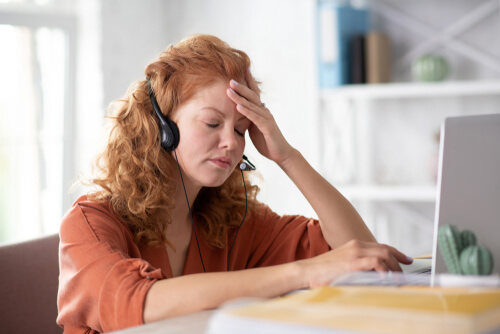 Quitting Norco does not produce withdrawal symptoms at once. The symptoms usually begin eight to 24 hours after the last dose and last for up to 72 hours to a week, progressing until they resolve spontaneously. The Norco withdrawal timeline below outlines how the symptoms progress after stopping the drug abruptly.

Being a short-acting opiate combination, people who stop taking the drug may begin to experience withdrawal symptoms within 6 to 12 hours following the last Norco pill. These initial symptoms include:

72 hours after the last dose

As the drug is weaned off the system, these initial mild symptoms progress to more intense withdrawal effects beginning 72 hours after the last dose. These symptoms include:

Once the acute effects resolve after 72 hours of taking the last dose, some persons may experience a prolonged phase called protracted acute withdrawal syndrome. This phase largely consists of psychological symptoms such as depression, mood disturbances, and sleep disturbances; however, these withdrawal symptoms are typically mild and may last a few months before resolving.

How to Know It’s Time to Get off Norco

Norco is a prescription drug that doctors use to treat moderate to severe pain. Although it can be very effective, it can also be addictive. Therefore, one knows it is time to discontinue the drug (by tapering off Norco) when one begins to experience the following signs of addiction: 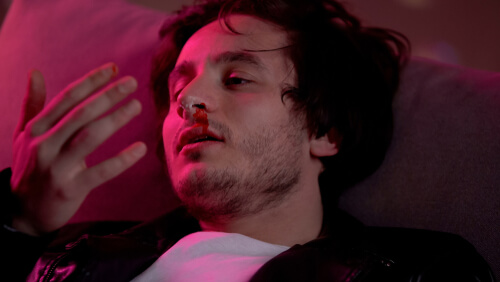 Avoiding overuse of opiates not reduces the body’s dependence on them, but it also prevents the Norco side effects long term such as liver damage. The best way to discontinue this opioid drug is to taper one’s dosage over a given duration.

During this detox period, the drug leaves the system and produces physical and psychological symptoms of withdrawal, which are best managed by a doctor.

A doctor advises on appropriate addiction treatment plans based on the dose of hydrocodone-acetaminophen the person has been using and the duration of use. During a Norco detox, the doctor keeps a close watch on the patient’s vital signs including the body temperature, blood pressure, heart rate, and breath rate to correct any abnormalities.

Furthermore, the doctor may prescribe and administer certain medications that provide Norco withdrawal relief, and a long-acting opioid such as methadone to aid weaning off Norco while reducing the likelihood of opioid craving – this is called opioid replacement therapy.

Another such opioid that can help get off hydrocodone is Tramadol. This is because in comparing Tramadol vs Norco, Tramadol has much lower abuse potential than Norco and helps to block its binding site in and effects on the brain, reducing the user’s craving for Norco.

To lower the severity of withdrawals and detox safely, doctors ensure the following:

How long does it take to detox from Norco? If done in a detox facility, most people become free of symptoms within 5 to 7 days. However, unsupervised withdrawal done at home may take longer. 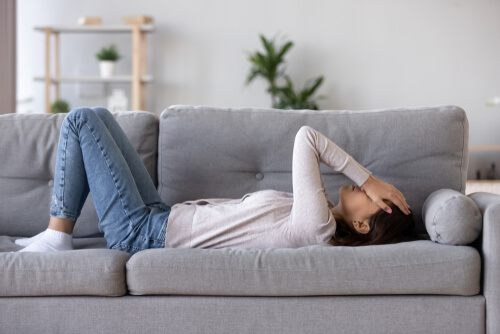 Can One Detox from Norco at Home?

Although withdrawal from the drug is generally not life-threatening, complications from dehydration and changes in blood pressure and heart rate may result in death if severe. This is why attempting to Norco detox at home is unsafe and not recommended.

Seek the help of a healthcare professional or trained detox specialist to get off the drug safely.