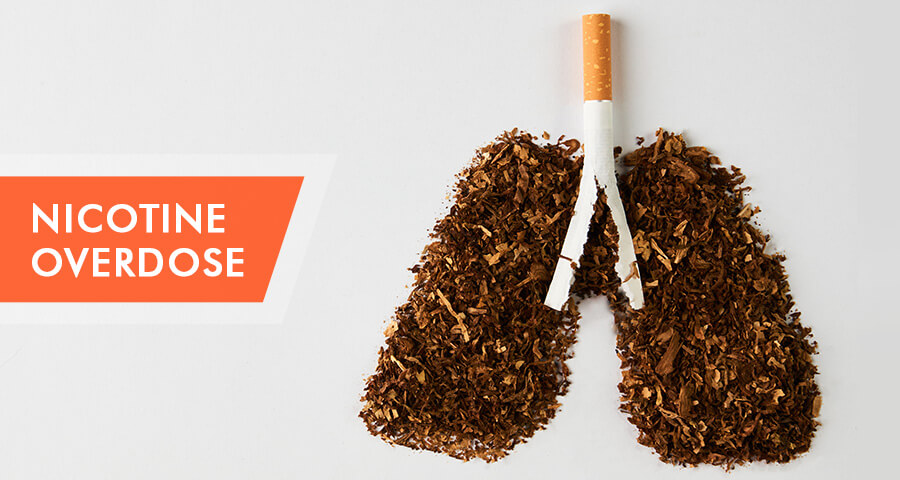 Nicotine overdose occurs when an individual consumes too much of it within a short period of time.
It is a habit-forming chemical which one can find in various tobacco products. They include cigarettes, cigars, electronic cigarettes, tobacco chew or snuff. Smoking reduction/cessation products such as patches, gums, and lozenges also contain it.
Adults are not likely to overdose on it just by smoking. However, there have been reported some cases of overdose in kids who accidentally ate it. Even a small amount can cause lots of problems.

Factors That Affect The Severity Of Nicotine Overdose

There are two prime factors that determine if an amount of Nicotine will produce toxic effects. They are body weight and its source.
In general, higher the body weight, greater the amount one needs to produce the symptoms of overdose.
Likewise, tobacco products such as e-cigarettes can pose a greater risk. This is because they contain a liquid form of Nicotine. Therefore, it’s more potent and more likely to cause harm even with a small amount.
Other products such as lozenges and gums are very dangerous. This is because of their inviting appearance. In fact, kids may mistake some of them for candy or chewing gum. As a result, this leaves them vulnerable to dangerous levels in their blood.

Phase II Depression: During the next 30 minutes to four hours, the overall body functions slow down. The typical Nicotine overdose symptoms in this phase include:

How Nicotine Overdose Affects The Body And Brain 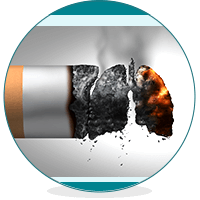 Nicotine possesses mind-altering properties. This is by the virtue of its ability to change the levels of brain chemicals. Being an oil-soluble substance, it reaches the brain rapidly after eating or smoking.
The chemical exerts its effects by mimicking the activities of a brain chemical. Scientists call it acetylcholine (ACh). This is after it reaches the brain. ACh is an important functional component of the nervous system. It has a widespread role in muscle movement, breathing, heartbeat, memory, and learning.
Additionally, it boosts the level of another mood-enhancing brain chemical. They call it dopamine. Having high levels of dopamine in the brain gives the the feelings of pleasure and reward. This is the reason why quitting smoking is such a tough task.
When a person overdoses, the first set of symptoms is mainly excitatory in nature. However, within some hours, the nicotine binding sites in the brain will become full. After this excitation plunges, the symptoms of depression begin to manifest.

How Much Nicotine Does It Take To Overdose?

The dosage a person needs for nicotine overdose is way higher than what is possible to get by smoking or chewing tobacco. Thus, it is quite unlikely that smoking or chewing can turn fatal. This is even when trying to overdo it.
Still, one can consume fatal doses through other sources. They include e-cigarettes, nicotine gums, and lozenges.
An average adult needs to consume at least 50 to 60 mg of nicotine to develop overdose symptoms. This is according to the Centers for Disease Control and Prevention (CDC).
To poison onelself with nicotine, a person would need to smoke at least two packs continuously if a cigarette contains only 1mg of it.
This doesn’t seem possible even for the puproseful attempt. Yet, for the kids, even the nicotine inside a single cigarette may be toxic. Be aware of Nicotine addiction signs to prevent overdose.
In any case, what determines the toxicity is how much nicotine reaches the brain.

Death due to Nicotine overdose is very rare. Sometimes, people ingest pesticides that contain nicotine, according to the cases people report. Almost all the cases of death from nicotine overdose have been from this, including both accidental and intentional poisonings.

There is no known antidote to treat nicotine overdose. Available medications help to improve the overdose symptoms and ease the recovery. An immediate treatment produces successful results in almost every case of overdose.
The medications that provide supportive treatment include: