Naloxone is known for its ability to reverse overdoses on opiate medications, but what type of drug Narcan is. It is important that users properly understand the naloxone drug class, as misconceptions lead to misuse. So, here is the important information on naloxone class and what it means for people using the medication.

Is Narcan A Controlled Substance?

Narcan is associated with illicit drug use and prescription drug abuse. Because of this, many people naturally assume it is a controlled substance. However, there is more to the drug than the other substances it is associated with.

Drug scheduling is another classification system used by the DEA. It is often misunderstood, with people assuming that the schedule classification is based on naloxone adverse effects. However, the naloxone schedule and the schedule of other drugs is strictly based on the potential for abuse and addiction weighted against the therapeutic applications of the medication.

Narcan is not considered to have any potential for addiction, and as such, it is excluded from the drug classification system. This means that in terms of drug scheduling, there is no naloxone class. 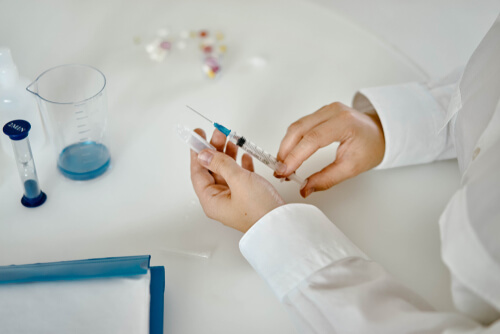 Is Narcan A Narcotic?

Some wonder if the Narcan drug class is narcotic. Narcotic is a term that is often used casually to refer to any medication that has sedative properties, while the DEA defines it as opium, opium derivatives, and their semi-synthetic substitutes. Naloxone is not a narcotic under either definition because it does not have sedative properties, nor is it related to opium in any manner.

Is Naloxone An Opiate?

Opiates and narcotics are generally considered to be the same thing. In both cases, the DEA defines them as being related to opium in some manner. When the term is used casually, it may be seen as more specific than narcotic, going from including anything that has sedative properties to only those related to opium. However, regarding if naloxone is an opiate, the answer is no. As it is not associated with opium, the Narcan classification cannot be opiate.

Opiate antagonists inhibit the effects opiates can produce on the brain and body. Naloxone does this by occupying the opiate receptors in the body, blocking them from being overtaken by opiates. In fact, it can remove opiates already occupying the receptors, which is how it is able to reverse overdoses.

Narcan Over The Counter

Because it is a life-saving medication, users of opiates and their close ones often wonder if you can get Narcan over the counter. The answer to that is a bit nuanced.

Why Is Naloxone Available Over The Counter?

The FDA has recognized that naloxone availability can be critical to reducing the death rate associated with the opioid crisis currently taking place in the United States. As a result, in January 2019, they placed naloxone on a fast track for OTC clearance. However, OTC naloxone is not yet available throughout the country as a whole.

At the state level, the majority of governments have chosen to legalize the sale of naloxone over the counter. There are only two exceptions: Hawaii and Wyoming. In both states, pharmacists are allowed to write the prescription for the patient, but since a prescription is required, it is not considered to be a Narcan OTC transaction.

However, even in states where Narcan over the counter sales are legal, not every pharmacy allows it. CVS pharmacies actively make naloxone OTC wherever it is legal to do so. However, if a user is considering going to another pharmacy, they should call in advance to find out about the availability of naloxone over the counter.

Other Reasoning Behind OTC Narcan

All this brings up the question of why Narcan should be available over the counter in the first place. Ultimately, naloxone is a way of preventing unnecessary deaths, but expecting people who use narcotics to think ahead and have it on hand tends to be unrealistic. Many people who abuse opiate medications believe that they know their limits and are in control and do not think to have the medication on hand should they overdose. 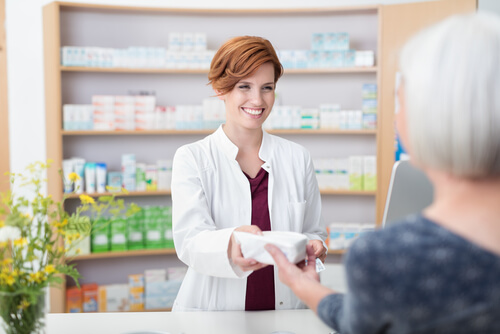 If the Narcan is OTC, those overdosing and those around them have the chance to run into a nearby pharmacy and get the medication quickly, potentially faster than an ambulance could get to them. It also makes the cost of Narcan cheaper since they do not need to pay for a doctor’s visit prior to getting the medication.

There is also the fact that many people who abuse drugs will not want to call for help, so administering Narcan themselves may be the only way their lives will be saved. Since they are hiding their addiction, they may be hesitant to ask a doctor for a prescription but will feel okay purchasing over the counter at a pharmacy. Ultimately, the goal is to save lives.

Anyone who is abusing medications and worried about overdose should seek treatment in getting clean rather than relying on Narcan. Naloxone is not a fool-proof solution, but stopping drug use is. Work with a drug rehab center to start the recovery process.