What Is Naproxen Used For And How Does It Work? 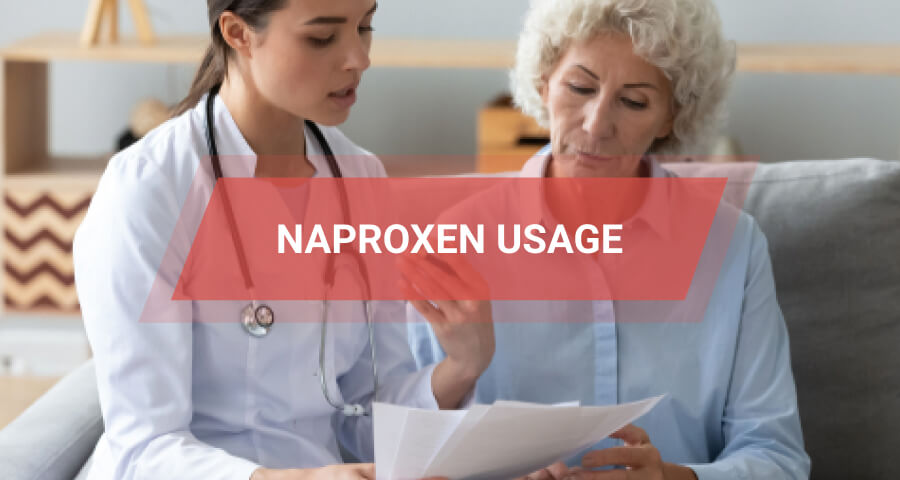 Being a non-steroidal anti-inflammatory (NSAID), Naproxen is a useful tool for pain management. A common Aleve use case is in the treatment of inflammation that may occur as a result of various health conditions. Moreover, Naproxen helps with headaches and other types of acute soreness. However, there are certain Naprosyn contradictions that limit the drug’s use for specific categories of patients.

As a non-steroidal anti-inflammatory agent, the uses for Naproxen are quite similar to that of its counterparts in terms of treatment for pain and inflammation. The drug’s use includes (but is not limited to):

Concerning Aleve warnings and contraindications, any person that is living with specific conditions must seek approval from a qualified physician before taking any dose of Aleve. The list of contraindications that limit the use of the drug include: 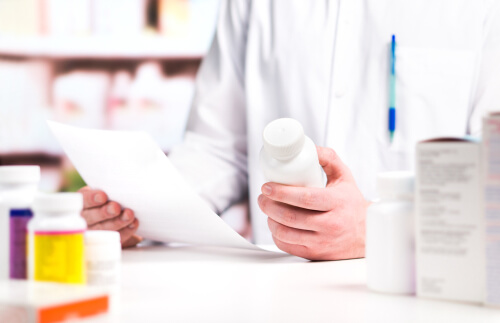 Naproxen generic pills may cost less than the prescription brands, but they all share the same active ingredient. The drug is available in three forms: Naproxen, Naproxen sodium, and Naproxen suspension.

Since there are differences in contents of the medicine it is important to read all the information about the drug before taking it. It will prevent the appearance of the undesired effects like an allergy.

The inactive ingredients in Naproxen variants are different. The minor differences in the contents list of each one of the three forms are reflected below: 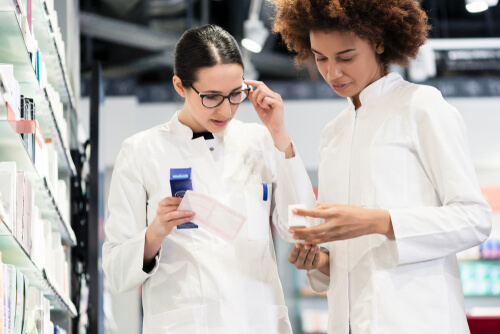 The components of Aleve structure blocks arachidonate binding, causing an inhibition of the cyclooxygenase enzymes (COX-1 and COX-2). This consequently results in the antipyretic, analgesic and anti-inflammatory effects in the body. These can be broken down as follows:

The antipyretic activity involves the return of body temperature to a normal level through the suppression of prostaglandins (PGE2 in this case) in the circumventricular organs that are within and around the hypothalamus. This means that the use of Naprosyn will help to battle the high temperature but the desired effect depends on the strength of the dose.

When inflammation leads to the sensitivity of pain receptors in specific areas of the body, Aleve also comes in handy. The mechanism involved here is the indirect analgesic effect that the substance imposes on prostaglandins E and F – both of which are responsible for the sensitization of pain receptors. The analgesic effect occurs as a result of the inhibition of any further production of prostaglandins in the affected areas. However, it does not directly impact the pain threshold or hyperalgesia.

The use of medicine for non-medical purposes brings a variety of hazards towards one’s health.

Aleve As A Painkiller

As suggested earlier, Aleve is very effective as a painkiller. The use of Naprosyn is not limited to headaches. It can be used in the treatment of other mild to moderate conditions such as bursitis, dental and menstrual pain, acute tendonitis, myalgia, dysmenorrhea, and arthralgia. In this, Aleve is quite similar to Ibuprofen, but can one take Ibuprofen with Naproxen? No, the concomitant use of several NSAIDs is forbidden. One of the differences between Naproxen and Ibuprofen is that Naprosyn has a longer half-life than its counterpart, so it works for a longer period of time. This means that if a person uses Naprosyn for back pain, the person would require less frequent dosing than if Ibuprofen is used.

Aleve As An Anti-inflammatory Drug

In the treatment of inflammatory disorders, Naproxen use is effective for conditions such as rheumatoid arthritis, juvenile arthritis, osteoarthritis, ankylosing spondylitis, and acute gouty arthritis.

Moreover, Naproxen use is also characterized with sedative effects. So, does Naproxen make one drowsy? Yes, It is one of the possible side effects and it may impair one’s mental acuity.

Naproxen treats pain of various natures. It is an accessible and fast-acting drug that will help to alleviate the ache. Naproxen prices will vary according to the dosage strength and method of purchase. If one is purchasing Naproxen otc (over the counter), be sure to read the medication guide provided by the pharmacist before first use and after every refill.

However, it is important to remember the dangers of Aleve abuse. The intentional abuse may result in severe health issues. If one struggles with Naprosyn addiction, it is imperative to seek proper medical assistance from the drug rehabilitation facilities. In treatment centers, naproxen/drug-class/there are a variety of specialized treatment programs for drug addicts that will help to return to a stable social life.