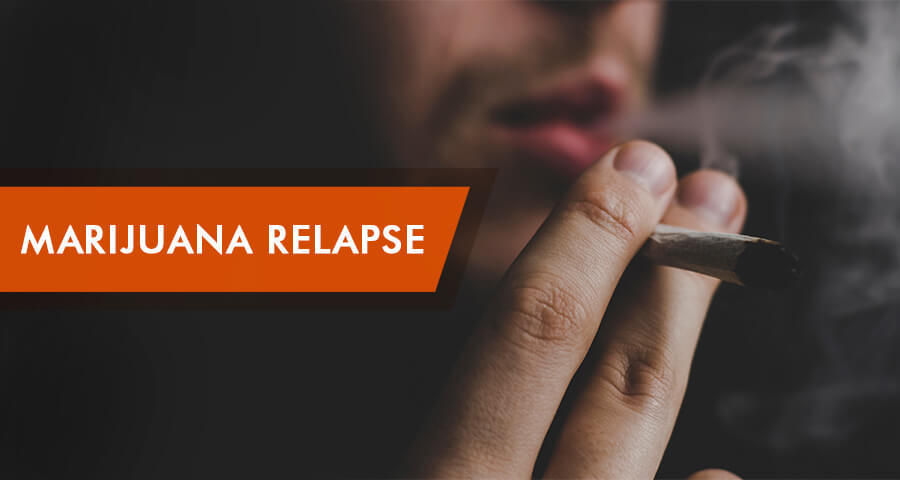 For those who do not know what marijuana looks like, is a green-grey mixture of the cannabis plant. First, they will dry the leaves and flowers. Then, they will shred and smoke it, brew, or mix into food.

How does Marijuana Act in the Body?

Is marijuana a hallucinogen? The active ingredient in marijuana, tetrahydrocannabinol (THC), has some hallucinogenic properties. It causes the central nervous system to change the way it works. It is because the presence of THC makes the brain fire off certain chemicals. Usually, the brain maintains a fine balance known as homeostasis. It will normalize as well as it can stay running. Therefore, the brain will be fully adapted to THC and its workings. Conversely, it will have trouble functioning without THC. As a result, the user will become dependent on marijuana.

What is a Marijuana Relapse?

There is a controlled study by David Allsop, Ph.D. They did it at the National Cannabis Prevention and Information Centre at the University of New South Wales. Researchers set out to understand the symptoms of marijuana withdrawal. This is when users quit smoking marijuana over a period of two weeks.
In addition, there is a 2012 study, published in the Public Library of Science. They found that heavy users were more prone to a marijuana relapse. Also, they experienced withdrawal symptoms more intensely, and marijuana stayed in their systems for a longer time. The people who had these symptoms were more likely to fall into marijuana relapse.

The items causing the most impairment to normal daily functioning were: trouble getting to sleep, angry outbursts, imagining being stoned (cravings), loss of appetite, feeling easily irritated, and nightmares or strange dreams.

In addition to the above, common symptoms included depression and mood swings. However, less common symptoms included fatigue, night sweats, and hot flashes.
To somebody who’s addicted to pot, this doesn’t translate into the shopping list of side effects. Also, there is a contraindication listed in the pamphlet that comes with a box of Valium. They report that it feels, quite simply, like missing something one needs.
Sometimes, the chemical addiction takes hold. As a result, the body’s reliance on THC team up with day-to-day stresses to make quitting even more difficult. No matter the promises one makes to oneself, a marijuana relapse can always occur, be it a usual joint or some other way of consumption like marijuana shot.

Why does Marijuana Relapse Occur in Such a High Rate?

Not why the addiction but why the pain.

Bruce Alexander did a Rat Park experiment in 1970. Researchers tested for a connection between addiction and environmental stresses. Meanwhile, the experiment itself became famous. They proved that mice could indeed become addicted to opiates. However, its hypothesis remained for the most part ignored.
They gave two groups of rats access to a solution containing opiates. The first group lived in a space 200 times the size of a standard cage. They had access to food, balls, and wheels for play and plenty of space for sleeping and mating. On the other hand, the second group lived in conditions which were the exact opposite. They had cramped cages with no recreation or stimulation.
Rats from the first group would sometimes sample the opiate solution. In most cases, they would not develop any dependency. However, rats from the second group would face serious dangers to get to the opiates.
Then, they introduced the opiate-addicted rats to the ‘rat utopia’ of the first group. As a result, they would wean themselves off the opiate solution. The researchers Alexander and Fraser had proved this. When placed in a suitable environment, it can decrease dependency. 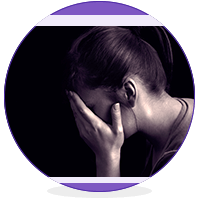 The physical dependency created by THC resembles only the visible part of the addiction. However, the root of the substance dependency usually reaches deeper. In fact, it reaches into the realm of emotions and coping strategies.
Users will often cite the withdrawal symptoms themselves as the reason for relapse. These symptoms: fatigue, insomnia, angst, and depression, will resurface. Usually, it happens when patients attend therapy for underlying causes.
There is a key to understanding the seeming inability to break free from dependency completely. One can find it in understanding the way the CNS accommodates regular dosing with THC. They do it by normalizing the chemical homeostasis. Also, it is the way that the brain processes emotions. Strangely enough, it is themselves habit-forming.
Sometimes, a person may experience physical pain like when the person experiences emotional pain. As a result, many of the very same neural circuits will light up. Other times, a user will suffer from emotional pain. This can happen at both a conscious level or an unconscious level. The drug may provide escape or relief on this count.
The drug then acts as a substitute for the brain’s chemical signals for reward and motivation.

Who Is Most Likely to Relapse?

There are those who feel that the struggle with the withdrawal symptoms become too much. As a result, this is the main group of marijuana relapse sufferers. Most teenagers and young adults who consume weed in groups are very likely to relapse. Also, there are people who have a physical weakness or mental issues. Then, there are people with other drug dependencies or any other life issues in their life. They are all at a higher risk. Some women may also relapse on marijuana when pregnant to cope with morning sickness. People who experience these symptoms are also likely to relapse.

Studies have shown that it’s a bad idea to continue to smoke pot after the first episode of psychosis. It will increase the risk of a psychosis relapse.
Because this drug is a habit-forming drug, it may be very difficult to shake. This is especially after a relapse. Actually, it will start the cycle of abuse all over again.
There may be a development of major depression at some point during the recovery process. As a result, it will increase the risk of a relapse. One study claims that they have linked drug abuse and dependence to distress. In fact, they have even linked it to suicide risk.
When someone experiences a marijuana relapse, it could cause severe depression. Consequently, this will make the person feel like a failure. This enhances the depression even more, which could later prove to be fatal.

A marijuana relapse will usually happen after certain behavior and thoughts. Some of these warning signs include:

Perhaps, quitting didn’t work on the first try. Find comfort in knowing that there are many people at this same crossroads. Therefore, this in itself is a resource which can make quitting easier.
Most people will recommend a Twelve Step Program as the end-all of quitting. However, the failure rates of these programs remain staggeringly high. This is according to peer-reviewed studies. Also, only 5% of all addicts who complete these programs remain substance-free in the long run.
Here’s a handy list for the treatment plan for substance abuse to deal with a marijuana relapse:

1. Recognize That One Need Help

A close friend of mine got involved in a fight with his weed dealer. This was over the amount of herb he got for his money, only to have his mobile stolen. Realizing that he’s usually not a violent person he checked into rehab the next day. Asking for help is the grown-up way to deal with problems and doesn’t involve shame.

2. Talk to A Trusted Friend

Tell them about quitting and ask them to be there when one needs someone. Marijuana Anonymous meeting can be helpful for those who do not want to share their problems with friends or family.

3. Throw Out the Stash

Delete the dealer’s number off the phone. Get rid of the bongs. Flush marijuana down the toilet (so one won’t be able to dig out it later). This will make it a lot easier to not relapse when things get tough.

Individual therapy cuts to the very core of the addictive behavior of abuse and marijuana relapse. Most health insurance companies provide cover for group therapy. This is if they don’t pay for individual therapy. Inpatient and outpatient treatment programs are worth checking out.

5. Find A Sport or Activity That One Enjoys

This may help ease depression and other negative emotions. However, physical activity in itself is also a form of therapy. In fact, it may help focus the attention away from the addiction.

6. Don’t Replace One Addiction with Another

This will only hinder the efforts to deal with the underlying addiction. Plus, one will have another addiction to deal with.

7. Make Changing The Habits a Habit

What is the best way to make big changes over a span of time? The Japanese discipline of ‘kaizen’ perfectly encapsulates this change.