Ketamine High: How Does It Feel and What Are the Signs? 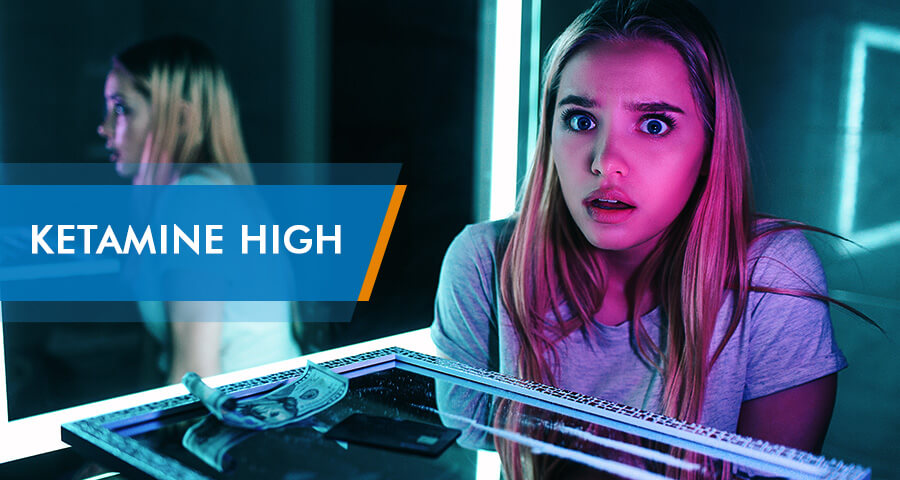 Ketamine is a sedative used during surgeries to keep patients unconscious. On the one hand using ketamine protects the patient from surgical pain; but on the other, the patient is receiving a high dose of a potent drug.
The effects of a Ketamine high depend on of the number of repeated doses and body mass. While the strength may vary, the short-term effects are usually the same. Ketamine is also a common medication prescribed to treat chronic pain. It contains hydrochloride salts, which have a sedative and pain relieving effect on the patient. People have begun to use ketamine recreationally.

Please notice that non-medical or recreational use can be considered as an abuse and lead to life-threatening consequences.

These sensations can occur at any dose. Regular ketamine users often consume higher dosages, and their experience amplifies accordingly.

Side Effects Of Ketamine High

A ketamine high can include such side effects as impermeability to pain, sedation and relaxation, hypersalivation, loss of bodily sensations, muscle rigidity, blurred speech, changes in blood pressure, respiratory impairment, dizziness, nausea, and vomiting.

Mental Effects Of Ketamine Use

The mental effects of ketamine use are closely related to the physical consequences. Symptoms of ketamine use can include mood change, hallucinations, helplessness, vivid dreams, memory loss, aggressive behavior, euphoria.

A ketamine high usually lasts for no more than an hour, and is generally a short-acting drug. The onset depends on the ingestion type. After smoking or swallowing it, the ketamine-induced high begins as soon as 2-5 minutes later. But when ketamine is injected, the high can start already in 30 seconds.

To avoid all negative effects of Ketamine high, please take this drug only as prescribed. If any sign of Ketamine abuse were noticed, a call to addiction helpline is advised.
View Sources
Share: