The Effects of Ketamine: How Does Ketamine Affect Users? 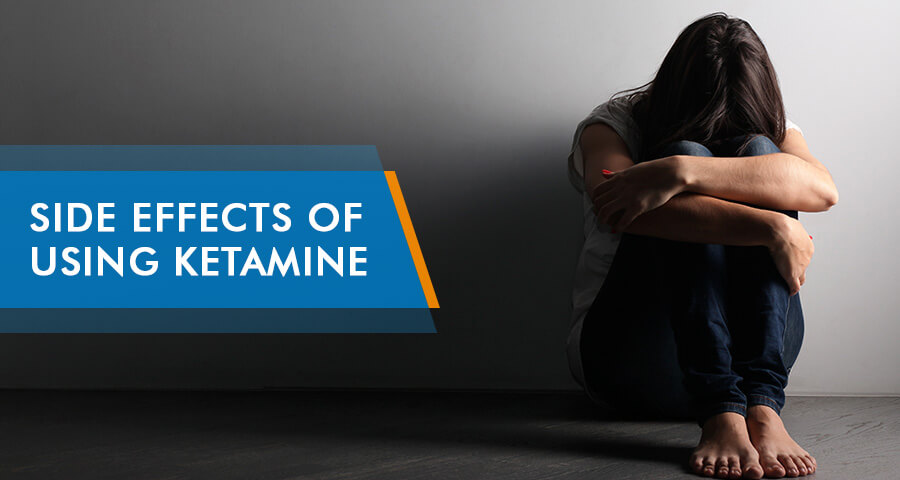 Ketamine is a strong sedative used during surgeries or prescribed for pain relief during recovery. Because it is a psychoactive drug causing a wide range of effects, many people used it for recreational purposes. But the pleasant experiences are often accompanied by unpleasant or even dangerous effects. There are many immediate dangers of consuming ketamine, and even prudent consumers are not safe from the damaging side-effects. Read all about the consequences of taking ketamine.

Ketamine is used recreationally to achieve such effects as pain relief, relaxation, hallucination, euphoria, and out-of-body experiences. Moreover, recreational use is considered an abuse and can be legally prosecuted.

Side Effects Of Ketamine

Side effects of ketamine include an increased heart rate, confusion, a “bad trip,” and loss of sensimotor sensations. These are primarily cause by hallucinations and loss of body control. Stronger side effects may include complete loss of motor control, anxiety, amnesia, and the “k-hole,” or a kind of complete detachment from reality.

What are the long-term effects of ketamine?

Long-term effects of ketamine abuse include abdominal pain, kidney failure, and severe bladder problems such as incontinence and ulcers. Additionally, ketamine use may trigger or aggravate mental problems such as anxiety and depression. Ketamine, as an anesthetic, can cause injuries to go untreated and worsen over long periods. Long-term effects also include vision and memory problems.

A ketamine trip usually lasts between 30 minutes and one hour. Users typically experience a range of positive and adverse consequences. Eventually, that depends on the dose and the regularity of substance of abuse.

Here are the most common expectations:

In addition to the pleasure, there are many unpleasant, painful or even dangerous side effects of taking ketamine. They are not always predictable, but here are typical examples:

These sensations are not pleasant, but not particularly dangerous and should fade in several hours.

Those who took stronger doses can expect additional effects such as:

If ketamine is mixed with amphetamines, a user’s blood pressure can reach dangerous levels. Mixing ketamine with depressants can be equally dangerous; heroin or alcohol mixed with ketamine can lead to respiratory depression, and breathing can halt. Seizures area also a potential side effect.

Usually, doctors watch out for are signs like these:
General muscular issues:

The problem is that ketamine can be difficult to dose. It is so powerful that an accidental overdose can easily occur, especially if mixed it with other drugs.

Even if people measure dosages carefully to avoid overdoses and interactions with other drugs – they are also at risk. Even small doses taken regularly can develop addiction and damage the brain and other organs.

Addiction Resource » Addictive Substances: The Anatomy of Drug Addiction » Ketamine Addiction, its Effects and Treatment » The Effects of Ketamine: How Does Ketamine Affect Users?