There are many versions to the narrative of the kava effects by those who may have indulged in the root extract either for the pleasure of medicinal purposes. The kava kava high is a buzz that many users aim to achieve when ingesting the substance. Even though the kava experience may differ for some people depending on how much of the substance has been swallowed.
There are many questions about the content and effects of kavain, also the nature of kava root high as well as its potency. People often ask “does kava make one high?” One thing to take note of is that concentration and quantity plays a vital role in the effects of kava in the system.

Is It Possible To Get High On Kava?

The kava drink effect may vary from one person to another; however, users often experience a buzz which can be similar to that of alcohol. Some people are said to have experienced a form of kava euphoria while others developed a high sense of sociability.
Roots such as Kava and damiana have similar properties which alter the nervous system creating a form of sedative effect. These roots have been harvested for years and utilized for mental issues as well as for leisure due to their psychoactive properties.
So, does kava get one high? While there are many versions to the effect, most people tend to feel relaxed with a bit of numbness.

Others claim that the kava root effects may include hallucinations and a level of highness. This characteristic is why some people use this substance as a medication for anxiety, insomnia, stress, and other mental issues where benzodiazepines are prescribed.

What is kava anyway? What is kava used for generally? The kava-kava became famous for its high as a root herb used by natives of the South Pacific region for ceremonial rites and as a crude form of medication. The kava tea effects are psychoactive as well as relaxing.

How Does Kava High Feel?

There are a ton of reviews and questions like what does kava feel like? Many first time users ask “what is kava like?” knowing that there are now a variety of products for kavain and various products may have their peculiar application and possible effects. For first-timers who are looking forward to Kava experiences, here is what one is likely to experience while drinking the substance: 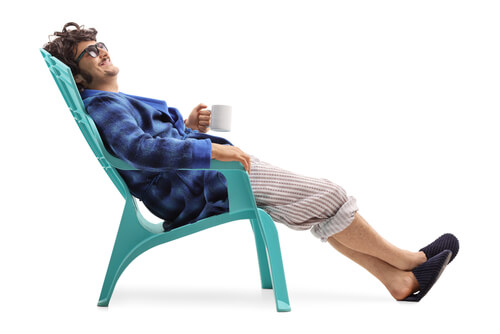 On ingestion, after a varied period, one is expected to feel a numbing sensation on the lips and in some cases the tongue. This is part of the kava kava effects and is only experienced for a few minutes. Then the body begins to fall into a state of relaxation which slowly takes over the muscles. This feeling is accompanied by calm and also a sense to socialize as well as a bit of euphoria. The kava tea high will significantly depend on the individual’s system.

For instance, a person with a lower body mass might experience a buzz much quicker than a person with more body mass index. After the first taste one may decide to establish preference by changing the ratio of water in the beverage to either make it more or less potent.

What Are The Ways To Get High On Kava?

Some might say that Ava root is an alternative to alcohol due to the kava drink effects. The kava reverse tolerance is a significant aspect of the substance which one might experience from the second time of consumption and lasts from days to weeks. Reverse tolerance causes new users to feel no effect for a varied period compared to old users who almost always feel the full spectrum of the substance high on every intake. Let’s look at ways to get high on kava-kava.

It is popularly agreed that the best way to use Ava root is by drinking. This could take the form of tea or root extracts by steeping the fresh or dried substance into the water. This is the safest way to get high on Kavain. It should also be noted that the substance does not completely dissolve in water and tends to dissociate when left alone. This is why it should be stirred or shaken before consumption. In spite of reverse kava tolerance, drinking is the most recognized way to experience the full extent of the “high.”

Ava root, since inception, has been prepared as an oral drink and in some cases, the roots may be chewed for specific conditions such as insomnia of for its calming effect. Smoking Ava root has never been on the list of ingredients for smoke blends. Why shouldn’t one smoke Ava roots? Simple, the effect of smoking the dried roots is inconclusive. Most people who have tried smoking the dried root claim that it had no effect. This, of course, is a mystery since the roots have about 18 types of kavalactones which are elements that contribute to the euphoric effect of drinking kavain.

Some other experimental smokers claim that smoking the powdered roots have shown signs of psychoactive effects. More rarely, kavain users have claimed to experience intense euphoria, calmness and a visual alteration. Smoking the Ava root is relatively at its infancy and not well established due to varying and unverifiable effects.

However, smokers of the substance advice first timers to use only, powder, dried roots or extracts and never the toxic leaves and or stem as they are highly unsafe.

So far, there are very few reports concerning the advantages, possibilities, or even the kava kava side effects of snorting. Vendors who advertise kava for sale are more specific on other routes of ingestion rather than snorting. There are no verifiable experiences on snorting which at this moment makes this technique impossible, unsafe and highly unadvisable.

The injection technique is impossible and unsafe.

This technique involves the rectal administration of the kava-kava substance, most likely an extract. This technique is usually used with highly potent drugs that only require small amounts to provide results. There is no verifiable report on the possibility or safety of this method. It would be best to abstain from indulging in this technique for safety reasons.

Mixing Kava With Other Drugs To Achieve Better High 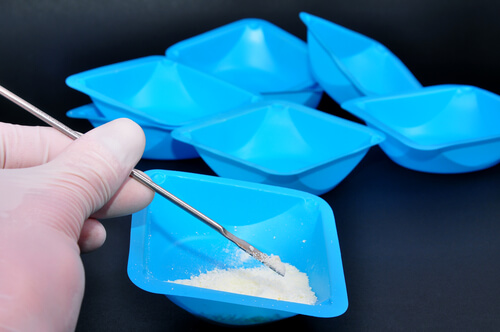 Avid users of kavain often try to improve their experience of the substance by mixing them with other drugs to achieve better high. Ava root users experimenting on how to make kava stronger often indulge in mixtures such as Xanax with kava, Klonopin with kava, Ativan with kava, phenobarbital with kavain and others. These drugs are all sedatives and unsafe because they escalate the Ava root drink effects causes extreme euphoric effects and increasing dopamine levels in the brain. A mixture of alcohol with the roots also heightens the sedative effect and can be quite dangerous to health, causing liver damage, myoglobinuria, and other health problems.

How Long Does It Take To Kick In?

Ultimately, every new user always find themselves asking how long does kava take to kick in? Similarly, those who are experiencing the reverse tolerance of the root often ask how long does kava take to work. The first kavain experience may differ from the second and even the third depending on the system of the user. The concentration and amount of substance play a key role as well as how many times one had indulged on this substance. The kava duration of usage is a significant factor as those who have used the substance for more extended periods experience the full spectrum of its effects faster while new users are likely to feel it less.

The root extract takes 15 to 20 minutes to kick in, starting with muscular tensions and then a slow relaxation, creating a calmer mood accompanied by euphoric effects.

How much kava to get high? The recommended Kava dose per day is around 100 mg to 300 mg per day. However, the amount of substance needed to achieve “high” is relative to the body mass of the individual.

Kava High And Risks For Addiction

The kavain high can be experienced by drinking extracts of the substance and can be improved by just taking more of the substance. However, the substance has a toxicity level and should not be taken in excess. The leaves and stem of the plant must be avoided as these parts of the root plant are most toxic and unsafe.

The kava-kava has adverse interactions with certain substances such as sedatives and should not be taken with any form of tranquilizer including alcohol. It is advised that one should seek the counsel of a medical professional before indulging in kava-kava, especially people who are on medication.

The root beverage has a relatively low potential for abuse or addiction. However, it is still possible to get dependent on it. Consult the general practitioner or the rehab facility specialist in case of any doubt. They will prescribe the addiction treatment program and help to get back to normal.