Over the years, a growing number of cases have been reported of people who overdose on Imodium due to its opioid-like properties. Imodium is easy to obtain as an OTC drug, therefore, making it harder to detect and prevent overdose cases. However, if used within the recommended dosage, there are no chances of a loperamide overdose.

Overdose On Imodium: Is It Possible?

Low amounts of this drug are neither harmful to the body nor result in Imodium overdose. This is because these amounts are easily broken down and excreted from the body. However, those who abuse Imodium can overdose on loperamide by increasing the amount of medication that is absorbed into the bloodstream. In most cases, the addicts do that when experiencing opioid withdrawal symptoms.

These people continue to misuse the drug regardless of the level loperamide toxicity they expose themselves as a result of such activities. People may, therefore, wonder how loperamide works being harmless if used in small doses.

According to data from the U.S. Poison Control, there has been a doubling of loperamide overdose cases since 2014. However, some of these cases are to be accidental because there isn’t a particular limit on the amount of the drug people can purchase over the counter. The Imodium multi-symptom relief works faster than loperamide drug itself, as it is a combination of simethicone and loperamide. Therefore, those seeking treatment for their diarrhea may end up abusing the drug thinking that it will work faster if they take more.

How Can One Overdose On Imodium? 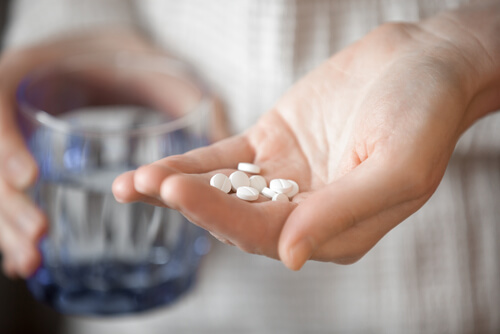 The easiest way to experience an Imodium AD overdose is taking more than the recommended or prescribed loperamide hydrochloride dosage. The maximum daily dose recommended by the U.S. Food and Drug Administration is 8 mg per day if used without prescription and 16 mg per day for prescription use. Taking more than these doses is most likely to cause severe side effects of Imodium overdose. The FDA has recorded 48 fatal cases of Loperamide overdose between 1976 and 2015.

Improper Use With Other Drugs

Another way someone can experience a loperamide overdose is by using it in combination with other drugs. Those who do this are usually looking for the euphoric Imodium high feeling associated with opioids. In addition, using loperamide in combination with drugs such as itraconazole and clarithromycin increases the loperamide half-life and the rate at which it is absorbed into the body, allowing it to cross the brain blood barrier easily.

Mixing loperamide and alcohol also poses additional adverse effects on the nervous system, including dizziness, drowsiness, and difficulty concentrating. That can lead to overdose, too.

Taking Imodium in high doses comes with a wide range of signs and symptoms some of which can be fatal. According to The American Society of Health-System Pharmacists, the following are some of the most common Imodium overdose symptoms:

Side Effects Of Imodium Overdose

If someone exhibits the above symptoms while taking loperamide for whatever reason, it is advisable to visit a doctor for medical intervention.

There are also some severe side effects that arise due to loperamide toxicity and a high absorption rate in the body, and they include:

One of the best ways to prevent a loperamide overdose is to avoid self-medication at all times. It is wiser to seek a doctor’s prescription than to self medicate and run the risk of a loperamide overdose. However, if the drug is brought as an over the counter medication, it would be prudent to follow the OTC drug facts label.

Furthermore, If anyone is going through drug withdrawal symptoms particularly of opioid drugs, they should seek medical assistance in the professional drug rehabs, instead of trying to self medicate using loperamide. To minimize loperamide toxicity, any mix of the drug with other medications or substances should be consulted with a doctor.

If diarrhea lasts more than two weeks, the patients shouldn’t try to alleviate the situation by increasing the dosage as it may lead to Imodium overdose and subsequent side effects. Instead, consult a medical professional for further assistance.

Limiting the amount of loperamide someone can purchase over the counter is also a way that the government can use to prevent Imodium overdose cases.

How To Act When One Overdoses On Loperamide

Imodium Overdose: How To Find Help

Loperamide overdose is an issue that should be given a high priority in terms of prevention, public awareness, and how to help those who use excessive dosage. Professional help from both rehabilitation and addiction centers with their treatment programs for those with opioid addiction is important. As a preventive measure, regulation on the purchase of this drug over the counter may prevent these cases in the long run.