Vistaril And Pregnancy: Is Hydroxyzine Safe?

A limited number of medical studies have revealed that the use of Atarax during pregnancy can lead to congenital abnormalities in the fetus. Doctors, generally, do not recommend taking Vistaril while breastfeeding. It is crucially important for mothers to understand the relationship between Vistaril and pregnancy and discuss it with their physician before using the drug.
So, is Hydroxyzine safe during pregnancy? Can one use Atarax during breastfeeding? What is the pregnancy category for Hydroxyzine?

Physicians commonly prescribe, Atarax for itching and other symptoms of the underlying allergy. Despite the common misconception about the safety of Hydroxyzine, the use of it during the gestation requires more research. Because of that, one should exercise caution and consult with the doctor about the use of Atarax during pregnancy.

The reason for this is a lack of substantial research about the effects on human reproductive function. At the same time, animal reproduction studies have shown ominous signs on the developing baby animal. Hydroxyzine may present the potential for complications, adverse reactions, and risks that may not be ruled out. The use of medicine by pregnant mothers will have to be based on a strong clinical reason. Vistaril during pregnancy is generally contraindicated during the first trimester, but it may be used during the second and third trimesters. 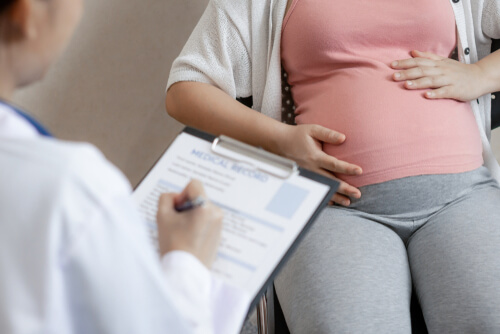 Potential Dangers To The Fetus

Hydroxyzine, when consumed during pregnancy, can penetrate the placenta and disturb the fetal and maternal concentrations. The use of Vistaril in pregnancy should be avoided to avoid the risks of congenital disabilities in the unborn baby. The use of the drug during the first trimester can result in significant deformity in the fetus, and the abnormality can become severe during later stages of pregnancy.

Treatment of pruritus in pregnant mothers remains a challenge for physicians. 20 – 30 % of women can experience allergies during pregnancies. Antihistamines like Atarax med can have teratogenic repercussions on the fetus. In this case, the physicians weigh the risks of using Atarax during pregnancy and then decide if it’s appropriate for the treatment. Doctors are bound to brief the patient regarding the potential risks and dangers to the health of the unborn child due to the use of Hydroxyzine during pregnancy.

Although limited data and medical studies are available on the subject, Vistaril during breastfeeding is posing risks to the infant. The drug is excreted into human milk, and the cetirizine metabolite was found in breast milk. Hydroxyzine is known to cause sedation, irritability, and excitement in breastfed infants.

Occasional use of the drug may not have significant effects on the breastfed offspring; however, larger doses may have effects like drowsiness and even reduction in milk. For instance, Atarax 50 mg dose (per day) is commonly used to treat anxiety and tension, but to its potency, such a dose may inflict substantial health issues to breastfeeding mother and infant. Because of this, the doctor must be consulted, and self-medication should be avoided in any case.

Therefore, the parents and the doctor must discuss it in detail and decide whether they can withdraw from the drug or intermit breastfeeding. The decision has to be based on patients’ disease, clinical argument, and the health perspective of the infant if the use of antihistamine drugs is necessary. Then it is recommended that the patient uses non-sedative drug alternatives for underlying disease. 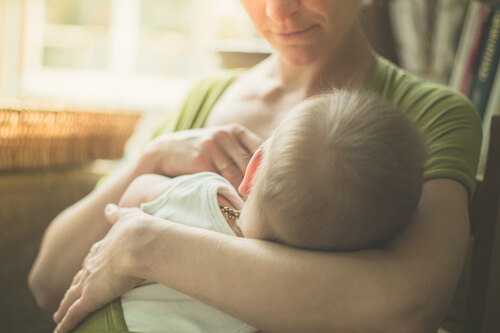 Mothers that used Vistaril during pregnancy (at any stage) can expose the fetus to Hydroxyzine. Newborns are reported to have various disorders that are presented with symptoms of depression, clonic seizures, drug-induced movement disorders, hypertension, difficulty in passing urine, and other hypoxic conditions.

The effects of Vistaril use during pregnancy is still not fully known, and its effects on neonates are yet to be revealed. Lack of well-controlled human studies has made it difficult to confirm the extent of harm in infants and newborns. Studies on animals, however, impart that the fetus develops abnormalities in doses that are significantly higher than those recommended for medical use in humans.

Though Vistaril has no assigned pregnancy category, It is crucial for the pregnant and breastfeeding mothers to consult with the physician before taking hydroxyzine. Hydroxyzine can be abused, and its overuse/overdose poses severe consequences on the health of mother and child.

If there are any signs of Hydroxyzine abuse or addiction, addiction rehabilitation facilities should be contacted to identify the underlying causes and treat the problem from its root. Early recognition of a problem and enrollment in specialized drug addiction treatment program will help to prevent the harmful effects for both baby and mother.