Hydrocodone is a highly addictive painkiller with serious side effects; there are different routes by which it is administered. Some people abuse oral combinations such as hydrocodone and Benadryl meant for treating cold symptoms. Snorting it is often preferred by many users. When one administer the drug this way, it is rapidly absorbed into the mucous membrane of the nostril, producing fast results. However, this has a number of health risks in addition to those caused by the drug itself.
Snorting hydrocodone often comes to mind for people who wish to experience the high rapidly. People who snort it crush the tablets or cut the capsule open and pour the power on a surface, then sniff it rapidly.

How Is Hydrocodone Snorted? 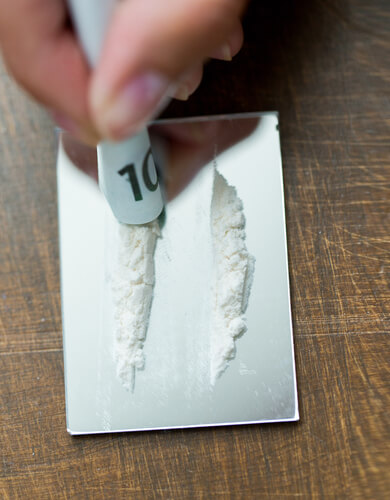 Many users of this drug prefer this mode of use because it produces rapid results and a feeling of high almost immediately. The rapid effect of the drug, particularly, the extended-release hydrocodone is that the drug is coated with a film which controls its rate of absorption in the gut. When crushing hydrocodone, therefore, removes the film, causing immediate absorption of the drug.
People also sniff it out of curiosity, peer pressure, or to explore other modes of administration. Others have reported that they sniff because it helps them get over the pain they feel much faster. Can one snort Hydrocodone acetaminophen 5 325 too? Yes, it is also possible to snort Hydrocodone acetaminophen, and it is particularly preferred by some users because of this increased analgesic effect.

However, this also causes harm to mucous membranes and may lead to addiction development.

Side Effects of Snorting Hydrocodone

What happens when one snort Hydrocodone? Sniffing it increases the potential for several health effects in the users. This has informed many medical professionals warn that the drug should not be used this way for any reason.
It has several side effects such as a headache, restlessness, chest tightness, slower heartbeat, blurred vision, pinpoint pupils, slower heartbeat, fever, fatigue, nasal congestion, and nausea. If one snort hydrocodone, these side effects may develop faster and with greater intensity. In addition, people who are allergic to Hydrocodone may also develop serious reactions.
Detrimental health effects of snorting Hydrocodone include:

Sniffing Hydrocodone increases its absorption and delivery into the bloodstream; therefore, the same dose taken orally can produce much faster and intense symptoms if snorted. This means a regular oral dose can cause intoxication, side effects, and overdose symptoms much more rapid. One may wonder, how long does hydrocodone last? Its effects usually last about 6 hours, but it can stay in the system for up to 3 months, making overdose symptoms more severe. Some of the signs of overdose include pinpoint pupils, confusion, blue-tinged skin, unconsciousness, and death.

Damage to the Nasal Tissue

People who abuse this drug by sniffing or other recreational ways are more likely to become dependent on the drug, leading to addiction. People enjoy the rapid effects it gives, and this, ultimately, causes tolerance, dependence, and Hydrocodone addiction warning signs such as impaired social relationships and work performance because of the drug use.

People who abruptly discontinue the drug may also develop Hydrocodone withdrawal with symptoms such as dry mouth, stuffy nose, and stomach aches. People become addicted faster if they sniff it; therefore, the withdrawal symptoms may be severe.

Crushing it on surfaces could expose the drug to several microorganisms which may infect the nasal passageways and oral cavity. Some reports have revealed that users developed hypersensitivity pneumonitis, pneumonia, and allergic respiratory diseases from recurrent Hydrocodone snorting.

Signs and Symptoms of Snorting Opioid

What happens if one snort hydrocodone? The process of sniffing this narcotic causes certain signs and symptoms such as;

Hydrocodone is a highly addictive opioid painkiller, and using it in any dosage or duration longer than what a doctor prescribes is likely to cause addiction. Sniffing it gives instant gratification to the user with an almost immediate effect and high. This makes the user continue with this mode of administering it. This causes tolerance, which makes the user take larger amounts of the drug to get the same results. Consequently, this could lead to intake of amounts too much for the body to handle, leading to the development of addiction symptoms.
People who develop addiction are often referred for drug addiction therapy to detoxify themselves and treat any behavioral disorders caused by addition to the drug. A hydrocodone drug test can be done in these facilities to detect the presence of the drug in the system to ensure a user detoxifies properly.

Generally, while sniffing might be a quick way of experiencing the effects of this narcotic, it is harmful and illegal, and there is no form of the drug designed for this purpose. Physicians strongly recommend that it should only be used as prescribed and without snorting.