Heroin-Laced Weed: How to Spot Marijuana Cut With Smack? 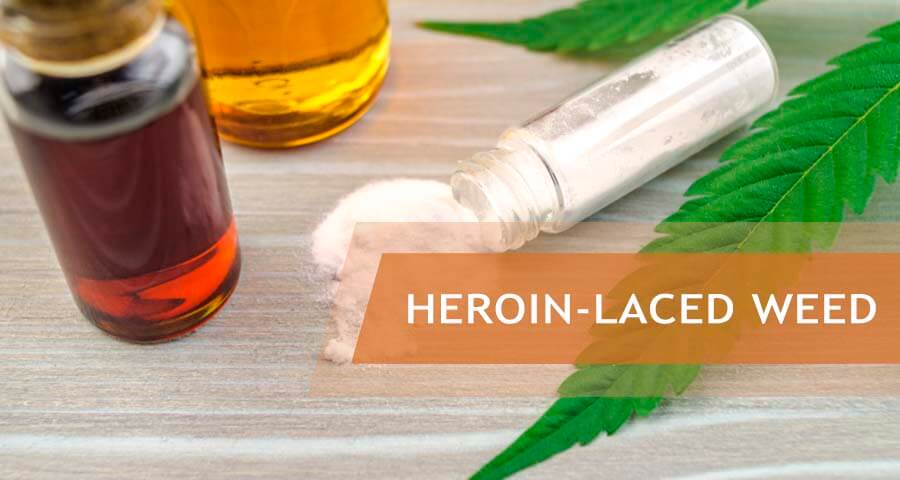 To lace weed might be a grave action to undertake, considering the fact that it could cause critical health consequences in the body. These substances are gotten from drug dealers, and some even buy heroin online.
Weed laced with heroin is not as fun as it sounds. Combining weed and heroin is mostly done by dealers who wish to sell their poor quality weed. This method of contaminating cannabis is mostly prevalent in areas where its use is still considered illegal. Instead of giving the same effect weed would have on an individual, marijuana laced with heroin delivers more devastating effects by turning weed users into heroin addicts.
Laced weed might be a common sight that can still be found in a good number of places especially where marijuana still retains its illegal status. A laced weed is cannabis which has been combined with some chemicals such as additives, drugs and the likes. People lace weed which substances such as pesticides, detergents, glass and hair sprays.

Reasons Weed Is Laced With Heroin

There is a rather distinct difference between heroin and marijuana. While heroin turns addictive by attaching itself to the opioid receptors of the brain, marijuana is mostly used as a recreational drug with no major effects. In fact, marijuana has been pronounced legal in some states for both recreational and medicinal purposes.
One of the major reasons why lacing occurs is to achieve an enhanced effect which marijuana and heroin would produce. There are some symptoms which are inherent in lacing both substances together, and these symptoms could cause an aggravated health issue if ample care is not taken.
Lacing weed and cutting heroin is the perfect opportunity which drug dealers get their customers hooked without their knowledge. Sadly, this turns the users to addicts.
Additionally, chasing a high is another reason why weed is laced. A good number of people are fond of adding some constituents to their weed in order to enhance its potency and also give effects which weed would not normally deliver.

However abusing these two drugs together may cause more adverse side effects, overdose and death.

Effects Of Heroin Laced With Marijuana

There are many effects of using heroin laced weed. 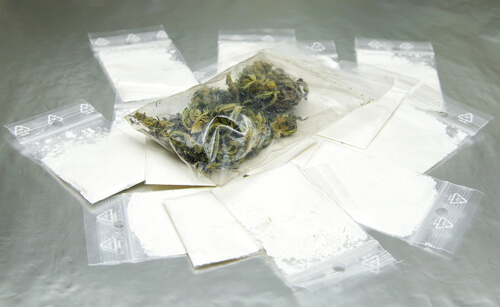 These effects vary with individuals and could provide different outcomes in the end.
Some of the effects caused by mixing heroin and weed include; drowsiness or sluggishness, slowed breathing, nausea, vomiting, diarrhea, difficulty in breathing, dizziness, lightheadedness, significant alterations in heart rate or blood pressure,
uncharacteristic insomnia, decreased appetite, nervousness or jitteriness, or irritability, psychotic effects such as hallucinations, delusions, and marked confusion or disorientation, and other signs of illness.

Dangers Of Weed Mixed With Heroin

There are some risks inherent in mixing weed with heroin, and as earlier mentioned, if a person has not used heroin before, the symptoms can be very distinct. One could be a little more inebriated than usual. Also, the usual symptoms could also surface such as vomiting, utter drowsiness, nausea and general weakness of the body. In addition to this, other symptoms such as reduced breathing and slow heart rate, addiction, tolerance to the drug; unexpected overdose, severe health damage, and death might be experienced.

Signs of the Weed Laced With Heroin

There are ways to spot the difference between weed laced with heroin and weed in its pure form.The good thing is that weed and heroin are different and it is easy to spot the difference. When buying weed from a dealer, there are certain things one needs to know about heroin in order to identify it.
Heroin is normally a white or brown powder that looks very similar to PCP and cocaine. It smells like rubber or heroin and tastes bitter. In case there is the presence of black, sticky tar-like substance, then the weed has been laced with a form of heroin known as black tar heroin. Once smoked or ingested, one is expected to experience symptoms such as nausea, euphoria, slowed breathing, flushed skin, itching and slowed breathing.

The most important thing about indulging in weed is knowing that one can trust their source. Be very wary in case of any strange smells or colors when buying weed as it may be laced with something. This could even be fentanyl mixed with heroin, which may lead to fatal overdoses. In the event a dealer talks about a new source or substance mixed with the weed, then one should be very careful not to unknowingly indulge in heroin.

Normally, one can tell whether their weed is laced by simply smelling it. Another effective method involves using a ruler or something with an edge and scrapping the bud. If anything comes out that is not weed, chances are that it has been laced.

Getting Help With Polydrug Addiction

The rate of heroin abuse and the likes are on the rise, stopping their intake abruptly seems impossible especially for addicts, this is one of the reasons why an urgent step should be taken before it leads to an aggravated health condition. Once an addict seems to get better, signs of heroin relapse should be watched out for. If obe is addict, it is advised to look out for outpatient treatment programs. These programs entail an effective treatment plan for substance abusers.

Addiction Resource » Addictive Substances: The Anatomy of Drug Addiction » What Is Heroin Abuse: Why Is Smack So Addictive? » Heroin-Laced Weed: How to Spot Marijuana Cut With Smack?