What Do Black Tar and White Heroin Look Like? 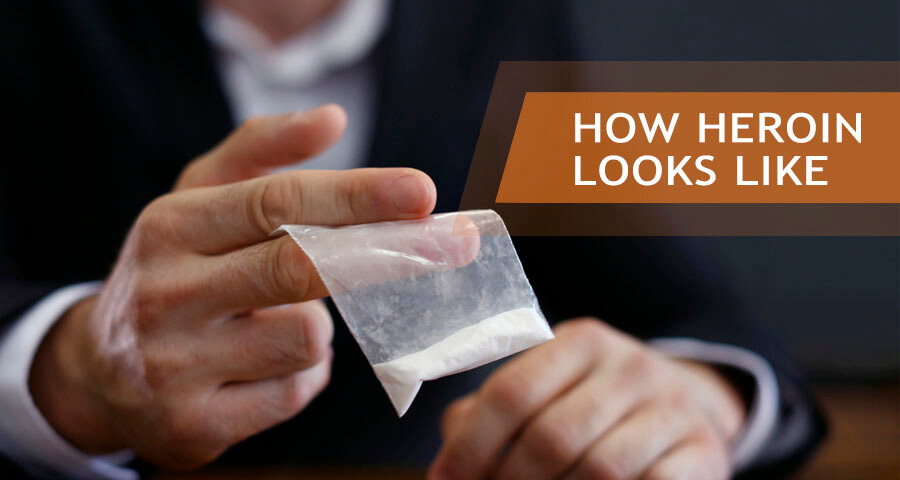 This drug is available in a number of forms. The two main types are black tar heroin and white heroin. It is typically available as a whitish or brownish powder or a black sticky substance called black tar. On the street, the drug is usually cut with other substances resembling a white powder appearance, such as starch, sugar, and powdered milk.
Less common types include pink and blue heroin. The color of the substance may or may not be decisive to the quality – that will depend on other factors. Gray death, sometimes called grey heroin, is a drug cocktail consisting of a mixture of powerful synthetic opioids and can be lethal.

Curious individuals, who may or may not become future users, often wonder what heroin looks like in real life. After all, heroin pictures can only tell one so much. This drug is manufactured and distributed in different forms, which vary in concentration and purity. Therefore, there is no simple answer to the question. There is the brown form of the substance which is known for its processing and is easy to smoke. The white form of the substance is the most refined version of the drug.
Users prefer this drug because it can be snorted or smoked, doing away with the need for syringes and needles. As a result, the risks associated with sharing needles, such as contracting deadly infections like hepatitis and HIV, are eliminated.

However, it is a misconception that snorting or smoking (as opposed to injecting) reduces the risk of heroin abuse and addiction.

If it is in the form of heroin rocks, 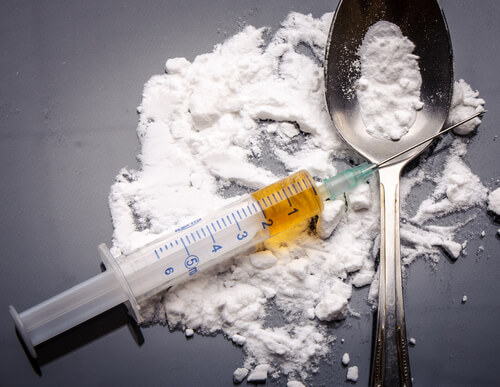 users usually crush it into a powder and heat lightly, almost to a boil. This is done until the first bubbles start appearing. The process for heroin in pill form is the same. It is very common to cut the drug or mix it with other impurities to reduce its potency and maximize profits by selling it. Substances used to cut the drug are usually relatively harmless powders such as chalk, flour, sucrose, talcum powder, starch, etc. These impurities affect the appearance of the drug and can change its color to white, brown, rose-gray, or black.
The black tar heroin is the fastest and cheapest to produce, even though it contains a relatively low concentration of the actual drug. Its appearance is due to the fact that it is processed using crude methods that leave impurities behind. Black tar heroin derives its name from its resemblance to the tar used for roofing. This is the only type of this opioid that is not in powder form. On the street, black tar is often wrapped in transparent cellophane and placed in balloons for sale.

Note that using heroin is illegal and may cause great health damage as well as lead to death.

Uses and Varieties of the Black Tar Heroin

These users rarely ask themselves, what type of drug is heroin. They buy and use it because of its method of administration. Heroin black tar is not pure enough to get much of a high from smoking or snorting it. For it to be effective, it must be in liquid heroin form. It is then dissolved and injected using a syringe into a vein under the skin or directly into a muscle. Long-term addicts use heroin tar because it is cheap and helps stave off the withdrawal effects of the drug.

How Does Black Tar End Up in America?

The majority of black tar crosses over into the United States across the Mexican border. In fact, America has a long history of drugs being smuggled from Mexico. Initially, the majority of brown sugar entered the United States via this route. In more recent times, there has been an influx of pure white powder from Afghanistan and the popularity of brown H has diminished. One of the most interesting heroin facts is that black tar averages 25-30 percent in purity at best. 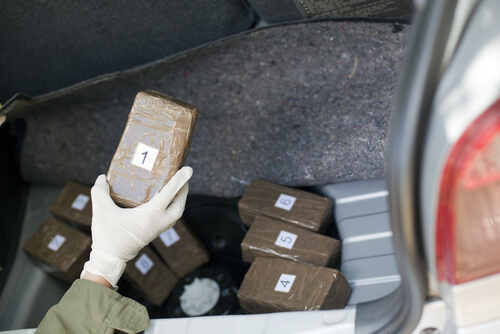 What makes this color of heroin so appealing? It is the price, which is considerably lower than that of the pure white variety. The black tar type is mainly distributed along the West Coast with Los Angeles being a hotspot for dealers and users. Law enforcement officers have found that they see a divide where black tar dominates the country west of the Mississippi and white powder is more popular in the east. This is in line with the source of both forms of the substance. The prices of heroin vary depending on location. Black tar costs $160 per gram on average.

There is a variety of this type known as “cheese heroin”, which is a blend of over-the-counter cold medication like Advil and black tar. A hit comes to just a few dollars and children as young as 9 can get addicted to this bad heroin cocktail variety. There have been hospital emergency visits for withdrawal. This combination can cause vital body functions such as respiration and heartbeat to slow down, ultimately proving fatal. Another very dangerous form is gunpowder heroin – laced with fentanyl.

Appearance and Form of White Heroin

This heroin color is associated with the purest form of the substance. This is diamorphine hydrochloride, the pure heroine form of the drug. However, it can be cut with other substances, significantly reducing its purity. It is also referred to as “China White” sometimes. When this term is used, it designates the pure drug or the drug cut with fentanyl, which can be up to 100 times stronger than morphine. China White has led to a number of deaths across the US, most notably in New York.
Sometimes China White is used to refering to pure fentanyl, which can be sold as heroin occasionally and when the opportunity arises. White heroin can be a challenge to identify because it doesn’t always look white. It can be beige, pink, or off-white, and it can look like gray heroin because of the different chemicals that may have been applied to process it.
Getting this form of heroin injected or snorted is the most common way of intake because it requires a much higher temperature to consume by burning and smoking. Generally, white powder heroin can be used in a variety of ways to feel its effects. The different ways of administration are normally selected based on their speed of impact. In other words, the decision is based on how fast the onset of the drug’s desired effect will come.
There is something specific to note in terms of heroin effect on the brain – smoking or injecting the white form of the drug can produce a high faster than snorting because the drug gets to the brain faster. When a person injects this opioid, he or she usually feels the effects very quickly. Injecting the drug into a vein can result in effects in as little as 8 seconds.

Appearance and Use of Brown Heroin

This isn’t among the most potent or purest forms of heroin because it’s not significantly refined. It’s produced in the early stage of purification of the drug. As a result, it is cheaper and easier to produce than the white form. The brown form is usually smoked because it doesn’t dissolve well.

Packaging of Heroin Powder and Rocks

On the streets, this illicit substance is sold in nifty packs or capsules that are easy to conceal and weatherproof. This is necessary to facilitate quick exchanges during street deals that are fast and difficult to detect. The powder heroin packaging also tends to be branded to provide some sort of quality assurance since the drug is available in a vast range of purities and forms. A heroin stamp is just that – a small bag of heroin, the size of a stamp. The name is derived from the brand stamped on the bag.
Some of the most popular packaging techniques include:

Other forms include heroin pills and heroin rock, which is a form of raw heroin.

Does heroin have a smell? Here is something heroin drugs pictures won’t tell us. Many drugs have specific textures, looks, and odors that make them easy to identify. This drug is odorless in its purest form. When diluted or otherwise manipulated, it has a sharp, vinegar-like smell. And what does heroin taste like? Another thing pictures of heroin won’t tell us – the drug has a bitter taste in its purest form.

Data of the Substance Abuse and Mental Health Services Administration (SAMHSA) show that the number of heroin users in the US has increased from 404,000 in 2002 to 948,000 in 2016, which is equivalent to 135 percent. There are different types of heroin – black, white, brown, pink, grey, even blue – and different forms, such as rock, pill, liquid, and powder. What do they have in common? They are all one and the same substance, the highly addictive properties of which account for SAMHSA’s statistics.
If one or the close relatives would like to get treated for drug abuse, please call our free helpline (888)-459-5511 for more information on kicking the habit. Advisors are available to answer questions, give more information on outpatient and inpatient rehab for drug addiction, and guide towards a healthy, drug-free future. Calls are always confidential, private, and secure.