Heroin Withdrawal and Detox: How to Quit Heroin Safely 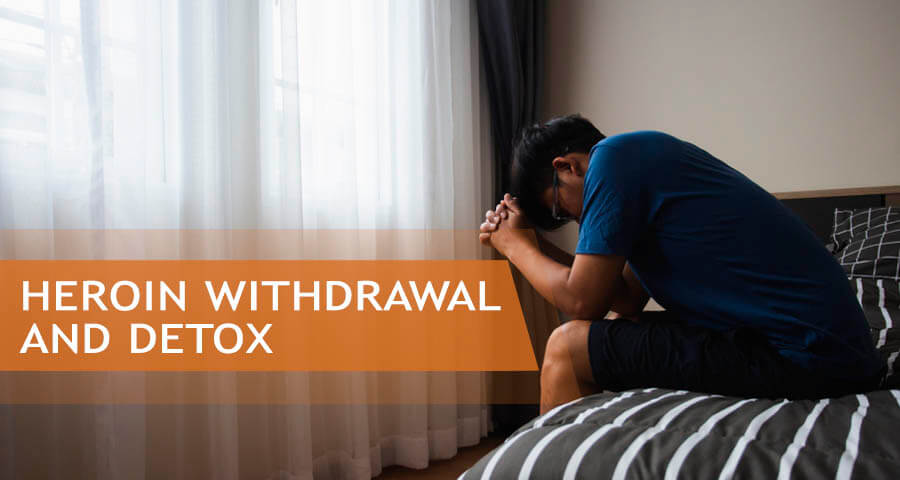 The most important step in quitting heroin is equipping oneself with relevant information. There is a lot of information on the Internet offering advice on how to kick heroin. However, there is not much information touching on the two most important dynamics of the whole process, heroin withdrawal, and detoxification.
Judging from the current heroin withdrawal stories, the journey to sobriety is marred with difficulty. This article will explain more about the withdrawal and detoxification process for a safer and more fruitful journey to sobriety.

Heroin withdrawal is the physical and mental discomfort that manifests itself as soon as the user stops using the drug. Derived from what might be termed as the heroin plant, it latches itself to the brain, making the brain dependent on the drug. Once the brain gets used to the drug, any discontinuation causes symptoms that are not pleasant to the user.

It is caused by lack of the drug in the body. Naturally, the body is able to function perfectly with all functions put in balance. This is called homeostasis.
Heroin, like any other opioid, is highly addictive. It affects the brain, enabling it to release dopamine which is otherwise known as the feel-good hormone. Once dopamine is released, the user feels good for a couple of hours before they have to use again. This disrupts homeostasis, and the user becomes more reliant on the drug.
Discontinuation from the drug leaves the brain with a heavy task of adjusting to the new conditions. This brings about severe and uncomfortable symptoms known as heroin withdrawals.

As soon as an addict stops using, they start experiencing symptoms. These symptoms are not pleasant. It is usually an agonizing period for the user, especially if they are quitting heroin cold turkey.
The heroin half-life is rather short, and the fact that it is stronger and clears from the body faster than other drugs makes the symptoms more severe.
Some of the symptoms one could experience during this period include:

Heroin Withdrawal Can Be Deadly

While withdrawal from the drug rarely causes death, some symptoms such as vomiting and diarrhea can turn fatal if ill-managed.
The current statistics on heroin deaths are rather alarming. Heroin withdrawal deaths can be avoided by addicts using the right channels to get off the drug.

Duration and the Timeline of Withdrawal

It is important to understand that this is a hard drug and one might not have such a pleasant time after they stop heroin intake. It provides a high that is more powerful than most drugs. Symptoms of heroin withdrawal usually start in 6 hours after the last intake. Users who embark on quitting heroin start to feel the effects of what is called acute withdrawal.
These symptoms intensify with time and by the 6th day; the user is usually experiencing abdominal cramping, sweating, and vomiting. These symptoms are some of the reason why an addict might have such a hard time getting off heroin.
After stopping heroin for a week, acute withdrawal symptoms dissipate, and the addict starts to get some semblance of normalcy. The withdrawal symptoms of heroin usually wane off to what is now called Post-Acute Withdrawal Syndrome. This period could go on for years, and they involve bouts of depression, irritability, and insomnia.
Below is a table describing the heroin withdrawal timeline and the symptoms:

As with most drugs, heroin has harmful effects on the body. Heroin symptoms are not pleasant to the users and the society around them. It is why addicts and, or their loved ones try and help them get rid of this bad habit.
There exists a method to get rid of the drug from the body in preparation for a rehabilitation process. The removal of such toxins from the body is called detoxification. Therefore, heroin detox is the removal of its toxins from the body.

Detoxing from heroin is not easy. The proper way to carry out detoxification is to seek professional help. Professional doctors apply an elaborate detoxification plan that involves heroin detox drugs.
Using heroin withdrawal medications, professionals are able to offer the best help and eventually help an addict take the road to recovery.
Among the most commonly used medications for detox

Methadone has the same effects as heroin, but without the high. Addicts are usually introduced to this drug to get off heroin. While it is helpful, methadone can be addictive to the user; therefore, heroin clinics tend to regulate its intake.

Works the same way as methadone and helps addicts who are working on coming off heroin.

Naltrexone only covers one aspect of the process. It helps to subdue the urge to take more of the harmful drug by stopping its effects in the brain. It does not help treat signs of heroin withdrawal.

It helps muscles relax. This drug is effective in treating symptoms such as stomach cramps, muscles spasms, and shivering.

During its use, the human brain is usually used to assistance from the drug to produce the feel-good hormone- dopamine. During heroin withdrawal treatment, the brain lacks the assist which leads to the user feeling depressed. Additionally, heroin is a depressant, and prolonged use of the drug could lead to its effects being experienced even after quitting.

This heroin withdrawal drug helps reduce anxiety and irritability in addicts. They have a sedative effect thus calming the addict.

Recent medical developments have recommended Gabapentin for heroin withdrawal. The drug is used during the detox process to relieve the pain caused by withdrawal symptoms.

While the drugs used in detox are highly effective for people who are tapering off heroin, it is important to note that some might be addictive. This is why they are offered as a prescription, sometimes one every day.

Dangers of Heroin Detox at Home

It is a dangerous endeavor to try detoxification from home. Heroin as a drug affects the brain in a great way. It takes people who understand how the brain works to actually help an addict detox from heroin. 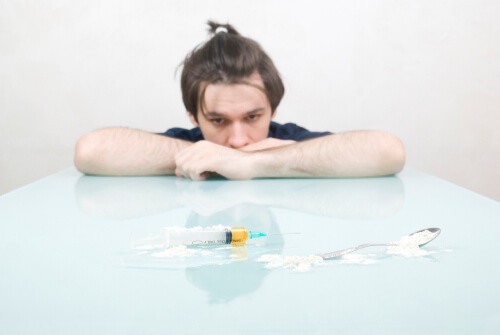 There sure are some heroin withdrawal home remedies that a number of people follow. However, a medical professional is the most trusted person one could trust because they are fully trained on how to detox from heroin.
Also, It is important to note that due to the different methods of introducing the drug to the body, such as sniffing heroin, doctors might require to use different approaches to increase their chances of success. This is what makes detoxification from home a bad idea.
Some methods people might use to treat heroin withdrawal at home is to use herbal drugs such as Kratom. It is important to note that the FDA is yet to approve kratom for heroin withdrawal.
Here is why one should not attempt it.

Addiction Resource » Addictive Substances: The Anatomy of Drug Addiction » What Is Heroin Abuse: Why Is Smack So Addictive? » Heroin Withdrawal and Detox: How to Quit Heroin Safely