Heroin High: What is Heroin Rush? 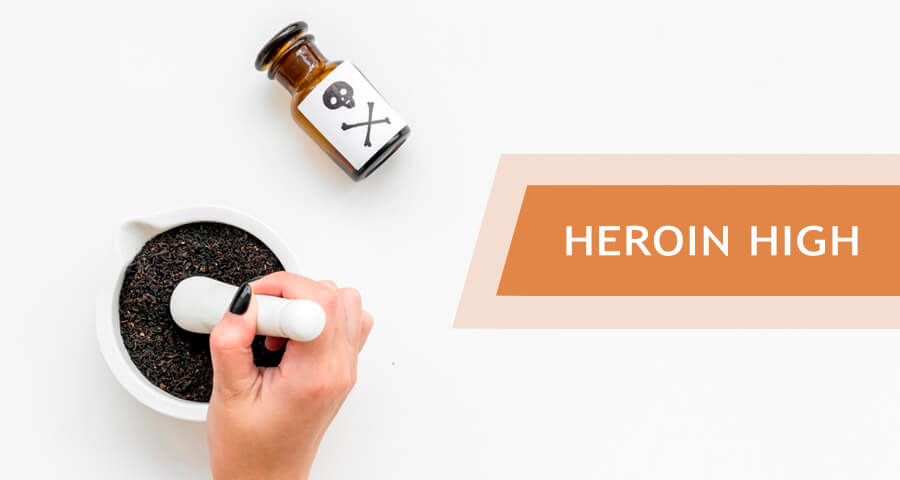 People who experiment with drugs have often wondered what the high on heroin feels like. This heroin high is usually the main reason many users give for using this dangerous drug. It consists of a feeling of euphoria, as well as changes in thoughts and feelings, which are the results of heroin effects on the brain.

How Does Heroin Make One High?

Many users have always wondered: How does heroin work? Irrespective of how heroin is made, it has the same mechanism of action in the body.
When the substance enters the body, it changes back into morphine. It binds to the opioid receptors located in various areas of the brain and brain stem and briefly stimulates the higher centers of the brain. Subsequently, it goes on to depress the central nervous system.
Like all opioids, the smack is a downer, and when someone takes it for the first time, it is quite possible that the heroin effect might end up making one feel depressed or sick.

However, the desire still to know euphoric effects from the drug can make a person try the heroin again. This often leads to addiction development and significant health damage.

What Does It Feel Like to be High on Heroin?

A Heroin experience leaves one with a warm and pleasant feeling. One’s body feels like it is floating away. 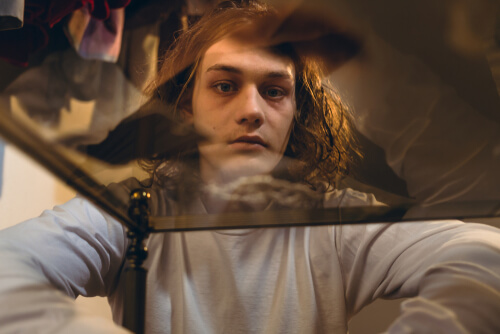 It is true that heroin opioid falls under the classification of a depressant. However, it isn’t particularly known for its hallucinogenic qualities. In fact, a person on the drug will most likely enter what some might describe as a ‘’twilight zone’’.
At first, a heroin high gives a person a rush of happiness and pleasant feelings. Then, when one’s body slows down again, it will feel as though the entire world has slowed down. As a result, it will cause the user to think and act slowly.
One user on a drug forum website described the euphoric effects of heroin as similar to floating on a cloud. In addition, one feels like having complete control over the world. Another user said that a Heroin feeling is like having warm, golden sunshine flow through the veins. The user also mentioned that it makes everything okay, making everything beautiful and anything seem within one’s reach.

Some of the effects people experience when they are high on Heroin are listed below. These answer the common question of many: What does a heroin high feel like?

The presence of these symptoms may guide an onlooker or friend in how to tell if someone is high on heroin and spot a user.
There may be other signs characteristic of how the user takes the drug. For instance, people who know how to snort heroin may have dryness of their nasal lining and recurrent nasal bleeds.

Using heroin in any way causes the great damage to a body, leads to both physical and psychological dependence and death.

How Long Before One Gets High after Taking Heroin?

The synthetic heroin drug effect depends on the method of administration. Snorting can lead to a high between 2 to 5 minutes while smoking it can get one high within 10 seconds or less. Injecting, which is by far the most preferred method, will begin within 6 to 8 seconds after injecting.

How Long Does a Heroin High Last?

On average, the duration of the initial rush of euphoria upon using the drug varies. It also depends on the dose and form of the drug taken – pure heroin may last longer than impure forms.
It can be anything less than a minute, and several minutes. When it reaches the peak, the effects take over lasting between 1 and 2 hours.
The overall effects should wear off between 3 and 5 hours after the intake. However, this duration depends on the method with which the drug was used, the user’s tolerance level, and how long it takes for heroin to leave your system.
This effect takes much longer to wear off when used by injection or smoking heroin, compared to snorting it. This is because of the faster delivery to the brain if smoked or injected.
Additionally, when it wears off, it could produce severe withdrawal symptoms if the user had quit heroin cold turkey.

loss of concentration, and disorientation, and these may impair a person’s work or school performance. However, these symptoms may be preceded by periods when the user is active and agile.
Also, the physical dependence and intense craving associated with the drug may reduce one’s attention to work, driving users to engage in activities which involve using, obtaining, and controlling the effects of the drug.

Being a depressant, heroin has the potency to lower one’s sex drive. It also causes erectile dysfunction in men. The 2014 study “Sexual Dysfunction in Patients with Alcohol and Opioid Dependence” has also reported that the drug impairs erectile function, orgasmic function, sexual desire, sexual satisfaction, and overall sexual satisfaction.
However, heroin and sex may have a synergistic relationship. For instance, many drug users and sex workers who have sex on heroin report that it numbs the pain and anxiety associated with having sex multiple times in a day or having sex with strangers.

Get Help for Heroin Addiction

Heroin is a dangerous drug whichever way it is used, and the addiction is a global problem. It is said that the addiction capital of the US is Baltimore, Maryland with an increasing number of addicts.

Addiction to the drug may cause significant psychological distress, as well as death.

People who are addicted to this drug should seek help with drug addiction treatment programs to begin their journey to recovery.
Treatment for the addiction depends on the extent to which an individual has used the drug and may require using an outpatient rehab facility or a more intensive program.