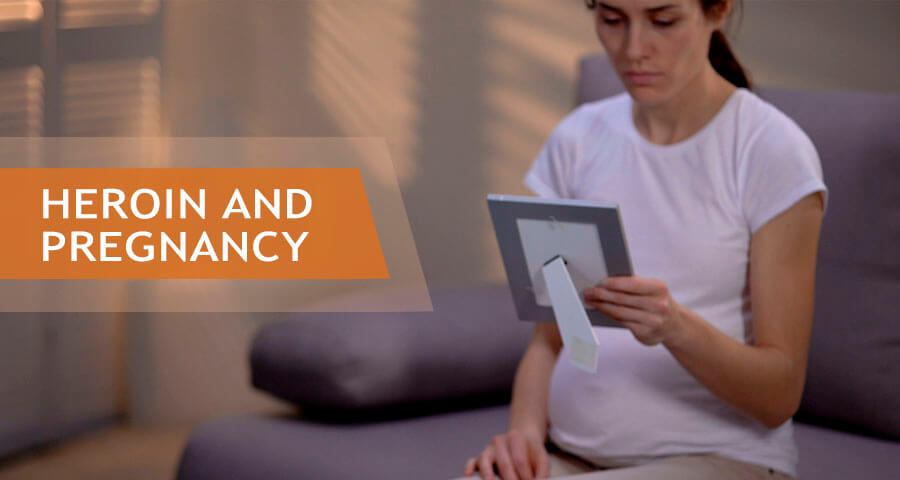 In the United States, about 4% of pregnant women use some drugs that are illegal. Unfortunately, the well-being and safety of a woman and her child can be compromised by addiction problems such as the using heroin while pregnant.
This write-up provides answers a question like what is heroin, its effects on pregnancy, and how pregnant heroin addict can get help.
Heroin is a kind of drug or substance. But what kind of drug is heroin? It is an opioid drug that is powerful, highly addictive and illegal. Due to the heroin effects on the fetus and other users, it is not available by prescription in the United States.

Heroin use during pregnancy is not safe. It can be dangerous to both the pregnant heroin addict and her fetus. Generally, the heroin effect on the body can be overwhelming. It affects how the brain and the central nervous system work. It can make its users feel sick to the stomach, sleepy and itchy. Same risks and other serious problems are faced by women addicted to heroin use while pregnant. Additionally, there are some drug users who are looking for how to cut heroin with other substances to increase its effect and volume. This can also be harmful to the health of a woman and the fetus.

Dangers Of Heroin Use In Pregnancy

When heroin parents use the substance during pregnancy, it enters the bloodstream and passes through the placenta to the baby’s bloodstream. It reaches the baby’s organ like the brain, heart, and others. Even though heroin addicted babies long-term effect are still unclear, it has been shown to affect the baby’s heart rate and breathing movement in the womb.
Using heroin while pregnant can result in some serious problems like:

Some dangers mentioned are not limited to the use of the drug during pregnancy but also to heroin addict before and after pregnancy.

What If A Woman Used Heroin In Pregnancy

A pregnant woman who has used this drug 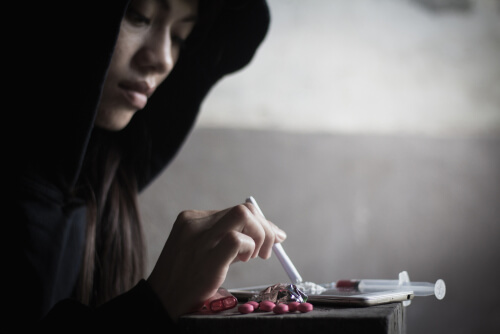 should not reduce the amount or stop without guidance from a doctor. The first thing a pregnant drug addict should do is to let the midwife or doctor know.
If smack abuse is stopped without proper guidance, a pregnant heroin addict (mother) may undergo intense symptoms of heroin withdrawal. It can be dangerous to the baby and the mother.
Psychologically, the common side effects of opioid withdrawal are depression, insomnia, anxiety, and drug craving while physically, the side effect may be similar to flu.

Extra Monitoring During Pregnancy of an Addicted Mother

Around 20 weeks of pregnancy, most women will be offered a scan which is one of the antenatal care routines. It helps to check the baby’s development and to identify birth defects. If a woman has used heroin during pregnancy, talking to the healthcare provider without wasting time is advisable. It would ensure proper and extra support or monitoring of the mother and baby.

Use of Heroin While Breastfeeding

Even though studies on the effects of drugs on breastfeeding are very few, it is believed opioid passes into the breast milk. How long does heroin stay in breast milk is a question that does not have a perfect answer yet. More research is needed as regards that. But drug in breast milk can make breathing difficult for heroin kids.

Heroin-Addicted Father and Risk To The Baby

Men who use drug can find it difficult to get women pregnant because the drug affects the sperm. In general, no research has specifically been done on whether the use of heroin by the father can increase the risk to pregnancy. More investigation on how medicine and drugs affect men during the conception time is required. However, experts believe that it is unlikely for a baby to be affected if the father uses smack.

There is a high tendency that babies born to mothers who use opioids such as heroin while pregnant are born with Neonatal Abstinence Syndrome (NAS). A baby born addicted to heroin shows some symptoms of NAS after birth, during the first 1-3 days or a week after birth.  NAS symptoms include fever, excessive crying, vomiting, trouble breathing, insomnia, feeding difficulties and even death among many others.

Get Help To Quit Using Heroin

Help is available for women addicted to drugs before or during pregnancy. Contacting a medical professional on time will help heroin parents. Also, rehab for drug addiction where people who are suffering from drug addiction can speak with a rehab treatment specialist is a good option that offers help and treatment.
There are some drug addiction treatment options pregnant women can choose from. Each option varies in duration and intensity. The best treatment will address the mental health, reproductive status, addiction, and physical health of an individual drug addict. Many pregnant heroin addicts quit through counseling and a combination of medication-assisted treatment. When carrying a baby, get sober and clean, to give the child the best chance at life.