Treatment for Heroin Addictions: Types and Methods of Rehabilitation 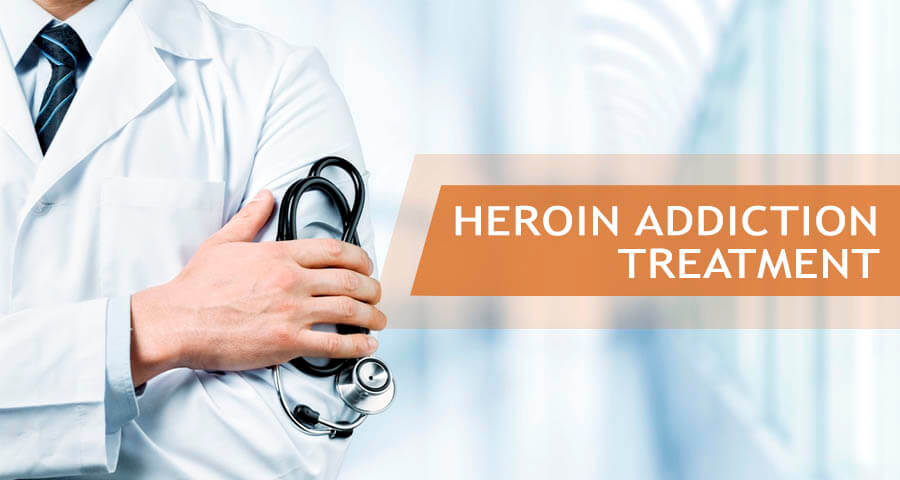 Heroin addiction is a growing problem worldwide. Opioid addiction can be treated using medicines and psychotherapy techniques to achieve recovery and abstinence from opioid use. It is essential for opioid addicts to visit rehab centers to provide these treatments and not attempt it at home.

People who abuse heroin usually engage in it for recreational purposes. However, over time they become dependent on it, and it leads to tolerance and the development of withdrawal symptoms. The following are signs of dependence and tolerance, which suggest that one needs heroin addiction help:

Anti-heroin drugs which are used in treating drug addiction include opioid medications to replace heroin and prevent dependence and drugs that help control the withdrawal symptoms.
Opioid analgesics are prescribed in the treatment of heroin addictions for two purposes – replacement therapy and detoxification.
Replacement therapy involves replacing the oral drug with an injectable opioid which does not produce the harmful effects of the drug. In the process of detoxification, the replacement opioid is administered and slowly withdrawn as tolerated by the individual.
Medications used for opioid replacement treatment include methadone, naloxone, naltrexone, and buprenorphine. Medications used to control symptoms of withdrawal include clonidine and lofexidine.

Methadone is a commonly used drug for heroin treatment.

It acts by binding to certain opioid receptors in the central nervous system, producing the desired effects and preventing the undesired effects, such as toxicity and dependence.

Naloxone and naltrexone are heroin medications administered to reverse the toxic effects of the opioid. They do this by competing for the same receptor sites as opioids, therefore, displacing the drug and reversing symptoms of intoxication. Naloxone is available in an intranasal form and as an injectable and autoinjector. The autoinjector can be used at home by a caregiver or family member taught on how to administer it. The intranasal form is sprayed into the nostrils and only used in emergency cases of an opioid overdose. Naltrexone is useful for preventing relapse to dependence after detoxification.

The long-acting naltrexone (Vivitrol) is a great treatment for those who do not wish to take oral naltrexone every day.  Vivitrol is an intramuscular injection that is administered once a month in an outpatient setting by either an MD (Medical Doctor) or APRN (Advanced Practice Registered Nurse).

Buprenorphine, a partial opioid agonist and strong anti-heroin drug, is used both to detoxify the abusers and to block withdrawal symptoms. It is available in sublingual forms, subcutaneous injectable, transmucosal buprenorphine-containing products, and as a subdermal implant.
The sublingual forms are administered below the tongue and used for the initial detoxification phase, while the implants are used for the maintenance phase. A combination of buprenorphine and naloxone (Suboxone) can also be used. Suboxone treatment is used for maintenance heroin treatment in persons who have had the sublingual dose of buprenorphine for induction.
The subdermal implants are inserted in the upper part of the arm and provide continuous release of buprenorphine for about six months.
The injectable form is administered subcutaneously (beneath the outer skin layer) only and should be administered only in a heroin clinic because an inadvertent administration through the veins may cause death.

Other medications useful for heroin help include the alpha agonists, such as clonidine and lofexidine. These drugs act by blocking the release of norepinephrine in the nerve endings, therefore, preventing sympathetic effects such as increased heart and respiratory rate and sweating, which are typical of opioid withdrawal.
Clonidine and lofexidine are administered for short-term reduction of opioid withdrawal symptoms, promoting quick heroin recovery.
Some of these treatments are also useful for babies born addicted to heroin.

Behavioral therapies are useful in combination with opioid replacement therapy for treating addiction. They are useful in people who have developed long-term effects of heroin use. Some of these therapies include:

Home treatment for heroin addiction is generally unsafe and carries enormous risks. First is the fact that an individual who has become dependent on opioid may develop serious withdrawal symptoms, some of which may be fatal if self-detoxification is attempted.
The withdrawal symptoms usually develop within 12 hours of discontinuing the drug in a heroin addict who has developed dependence. In the absence of medically-supervised assisted treatment, these symptoms, including convulsion, vomiting, diarrhea, anxiety, may lead to severe complications including dehydration and kidney injury, which could lead to death.

Additionally, with the strong craving associated with opioid addiction, an individual attempting heroin detox at home may end up resuming its intake to diminish the withdrawal symptoms, and this may increase the potential for heavy consumption, overdose, and toxicity.

It is advised, therefore, to visit heroin rehabilitation centers for treatment and medically supervised detoxification from opioid addiction.

Visit a local directory for available heroin treatment centers or search for heroin hotlines to get information about locations of holistic substance abuse centers. These hotlines vary with the state and country one resides in.
The hotlines link callers to representatives and professionals who provide an answer to questions from patients and information on treatment options for substance abuse, as well as referrals to effective addiction treatment centers.
One can also inquire from past patients about the success rates and heroin recovery rates in a given rehab facility before scheduling an appointment. Addict recovery rates and heroin relapse rates are useful tools in assessing the effectiveness of a rehab program and narrowing down one’s choice of a rehab facility.
Heroin anonymous meetings, such as Narcotic anonymous also offer effective treatment techniques for individuals who seek intervention. Narcotics anonymous holds scheduled meetings in different parts of each state, providing cognitive behavior therapy and other forms of therapy to help an individual achieve a cure.
In addition, ensure the heroin rehab centers is equipped with the necessary tools and has licensed mental health therapists to provide effective care.