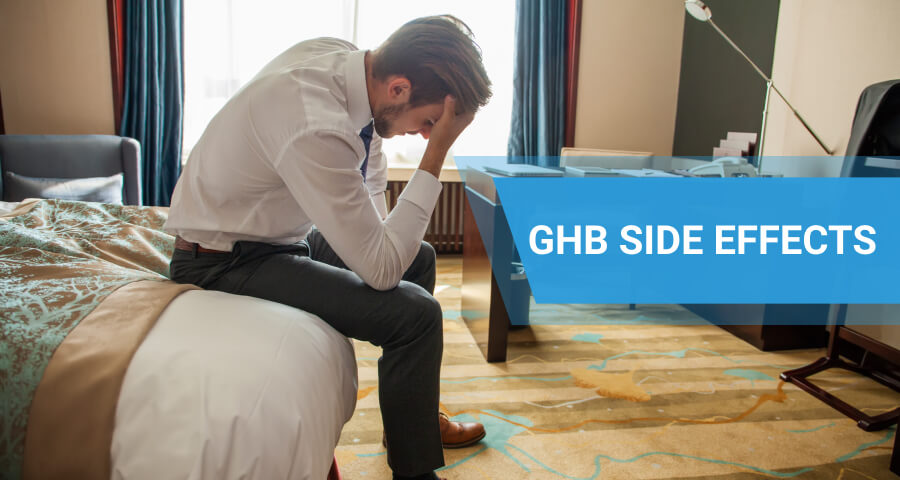 There is a wide range of side effects of GHB (gamma-hydroxybutyrate), including long-term and short-term ones. Acting as a central nervous system depressant, GHB physical effects mainly attract young people by feelings of euphoria. However, the GHB effects on the body and the brains are damaging, leading to severe consequences.

Learn About GHB Side Effects:

Gamma-hydroxybutyrate affects the body in much the same way as alcohol. The side effects from a single dose appear approximately in an hour. By the early 2000s, GHB was widespread among the young generation for its ability to provoke the feeling of euphoria, mood enhancement, and sexual activation as short-term side effects. Still, there are many adverse short term effects of GHB:

People who use gamma-hydroxybutyrate in the injectable form are at higher risk of additional harmful effects of GHB such as:

If any of the above-mentioned or other side effects are noticed, the patient requires medical help as soon as possible. In extreme cases, further addiction treatment will be beneficial to maintain a sober living.

Despite acting in a similar way to depressants such as alcohol and benzodiazepines; in the short time, it makes users feel invincible, in the long term, the effects of GHB lead to increased anxiety and depression. According to the research, abusing liquid ecstasy may damage the long-term memory, working memory, and cognitive function. When a user gets into a GHB coma, one receives hypoxia, a condition when brains receive less oxygen. In addition, researchers and activists within the LGBT+ community mentioned the high number of Xyrem overdose and related deaths over the past few years.

In the 1960s, the main purposes of drug investigation were to use GHB for narcolepsy treatment. Usually, the condition is associated with excessive body weight. According to the study as such, sodium oxybate showed positive results in the treatment of not only the sleeping sickness, but there was observed a weight loss with GHB, too. Narcolepsy patients with and without cataplexy took part in the study to determine if weight-related issues occur only in patients with cataplexy. All patients had obesity and mentioned weight loss with Xyrem treatment, but patients with cataplexy weighed more and lost more weight than those without the condition. The difference in indicators is possible due to the difference in hypocretin levels. Patients with cataplexy have lower hypocretin levels, more severe impairment of energy metabolism, and more remarkable weight loss with sodium oxybate treatment. Also, the decreased body weight is a common GHB side effect in children. 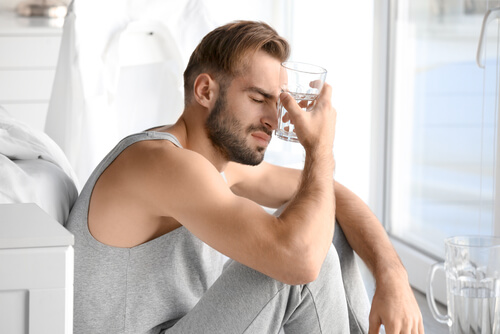 There is no much research that determines the sodium oxybate hangover side effect, but some participants report having headaches numerous black-outs, and uncontrollable sleep. GHB withdrawal symptoms in larger doses can induce tachycardia, hallucinations, confusion, and coma. Some users experience distraction and aggressiveness up to five days after the last dose of consumption.

GHB Effects On The Brain

Xyrem causes oxidative stress in the hippocampus, resulting in memory destruction. Several scientists have discovered the negative impact on brain functioning in excessive and unmindful usage of the substance. In particular, changes in long-term memory, working memory, IQ, and emotional condition were observed as GHB long term side effects. Users mentioned other Xyrem side effects that induce sleepiness and even coma. Such a situation requires immediate hospitalization and GHB addiction treatment. When a user gets into a gamma-hydroxybutyric coma, one receives hypoxia, a condition when brains receive less oxygen.

The study shows that participants with GHB-related comas also had 63% more stress and 23% more anxiety.

There is no sufficient information about GHB side effects on pregnancy. Xyrem is a Pregnancy Category C drug, meaning that the animal-reproduction researches have not confirmed the risk and adverse side effects to the fetus, while there are no adequate studies among pregnant women. However, oral administration to rats throughout pregnancy and lactation led to an increased amount of stillbirths and decreased offspring postnatal viability and body weight gain.

Sodium oxybate is excreted in human milk after taking the drug orally. In case the mother continues using gamma-hydroxybutyric during breastfeeding, the drug will be present in mother’s milk, and there is a high possibility to have a negative impact on the baby’s health. Duration of breastfeeding and the necessity of using the drug, and possible side effects of Xyrem should be discussed with a doctor. 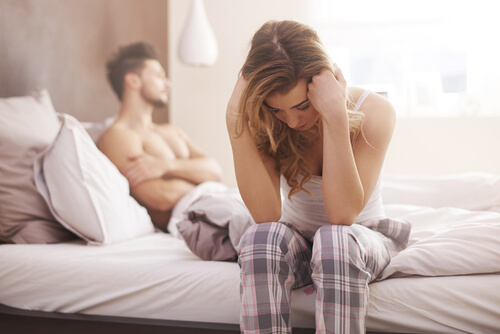 GHB is known for its libido-enhancing effects. According to the research, 25.9% of users reported increased libido and more intense attraction towards their sexual partners when using gamma-hydroxybutyric. The feelings of increased sexuality, hypersensitive sensation to touch, and increased euphoria associated with sexual orgasm are determined by properties of GHB, which stimulate dopamine release. However, associating GHB and sex in practice can also lead to adverse sexual consequences such as difficulty remaining physiologically stimulated and achieving orgasm. Furthermore, 24.6% typically experienced blackouts as negative GHB side effects. That needs to be considered as dangerous factors for suffering sexual or acquisitory crimes.

Be Aware Of Xyrem Side Effects

There are many dangerous Xyrem side effects that can be provoked by using the drug in uncontrolled dosages and non-medical purposes. A single milliliter can be a cause of switching from euphoric condition to an overdose. At high doses and/or mixing with other central nervous system depressants or alcohol, gamma-hydroxybutyric induces severe side effects, even coma. Sodium oxybate overdose is the third most common drug-related cause for emergency medical treatment in Europe, behind heroin and cocaine.

In case of any suspicious condition and unusual symptoms or side effects of GHB, a user needs to address the complaints to the medical institution and seek professional help as soon as possible. Specialized drug rehabilitation centers can help in the treatment of first-time and repeated misuse.