Not everyone who quits escitalopram experience Lexapro withdrawal symptoms especially if this is the patient’s first SSRI, but there are cases of severe withdrawal period when they come off of escitalopram, which goes to show the strength of this drug.

If one plans to stop taking this medication, it is very important to know what to expect to be able to prepare for the possible Lexapro withdrawal side effects.

Withdrawal symptoms of Lexapro are likely to be noticed if the dosage is decreased too quickly or if the drug is withdrawn abruptly. According to a study published in 2012, there are two distinct phases when withdrawing from SSRIs like Lexapro.

The immediate symptoms of Lexapro withdrawal may contain a combination of both new symptoms and the intensification of those that the patient noticed before taking the drug. The most common symptoms during this period include:

Lexapro withdrawal nausea is very common when a patient stops taking an anti-depressant. In some cases, this is accompanied by vomiting. Be patient in dealing with it because these Lexapro side effects go away on its own.

Other patients are unable to fall asleep at night when they first stop escitalopram. This is a result of sleep pattern changes and increased anxiety. For others, melatonin supplements are very helpful.

zaps are the sensation of electrical jolts that course through a patient’s body. Sometimes, they are accompanied by vertigo, lightheadedness, disorientation, tinnitus, and Lexapro withdrawal dizziness.

A lot of patients will experience anxiety to a significant degree when stopping escitalopram. This is a medication that inhibits the reuptake of serotonin. If one has been taking it for a long period of time and discontinue, the serotonin levels are likely decreased than average causing severe anxiety.

Patients often experience “rebound depression” when they stop taking Lexapro. Most have noticed that their depression becomes worse because their brain has become more chemically imbalanced after taking this medication.

Concentration may be severely affected during escitalopram withdrawal. The neurotransmitter levels are not balanced, hence creating a state of “brain fog.”

Most patients notice Lexapro sexual side effects. There are cases of delayed or impaired orgasm. When a patient stops taking this drug, his or her sex life should be back to normal.

Most patients may weight gain on Lexapro. But as soon as they come off of the drug, they may lose weight easily.

Quitting on SSRIs like Lexapro can make one feel suicidal. Although patients may have felt this before going on this medication, the intensity of these thoughts is likely higher during withdrawal from Lexapro.

How long does Lexapro withdrawal last would depend on certain factors, like how long a patient has taken the drug and in what amounts. Symptoms also tend to last longer if a patient quits cold turkey instead of gradually decreasing the dose over an extended period. 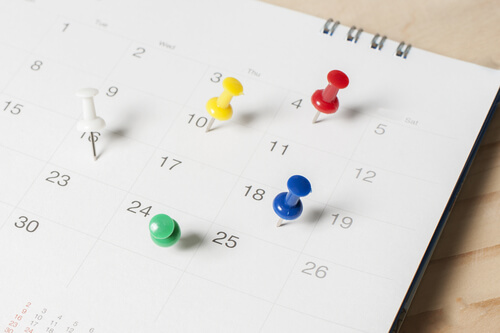 Unfortunately, there is no exact Lexapro withdrawal duration or timeline. It is important, however, to know that most withdrawal symptoms tend to persist for much longer than professionals think, according to patients sharing in Lexapro withdrawal forum.
The pharmacokinetics of Lexapro are linear and dose proportional. Usual dose range from 10-30 mg per day. Biotransformation happens mainly in the liver, and its mean terminal half-life of Lexapro is 27-32 hours. The oral clearance of Escitalopram is 600 ml per min. Seven percent (7%) of which is due to renal clearance.
Taking Lexapro and drinking alcohol is likely not a good idea. There is a danger that alcohol may increase the risk for Lexapro-related side effects, which will also affect withdrawal duration.
Given these considerations, discontinuation symptoms may last from weeks to months. If a patient has been using Lexapro for a year, it is recommended to use at least 90 days as a checkpoint. Most patients notice that the side effects of Lexapro withdrawal tend to subside after 3 months. There are people, however, who report taking over a year to completely recover.

SSRIs like Escitalopram, when used over some time, can effect changes in the brain that will result in a decreased number of serotonin receptors. The brain down-regulates the number of receptors in response to the increased volume of serotonin. This physiological balancing act is meant to avoid brain cells overstimulation.
When treatment is over, there will be less number of receptors than before and a short-term deficiency in serotonin and its activity. The body will attempt to correct this, but until it does, the patient will have to go through a phase of adjustment, which includes Lexapro withdrawal symptoms, until the body system normalizes again.

Listed below are some helpful tips on how to stop taking Lexapro safely and get relief if symptoms are getting worst:

Withdrawing from any drug 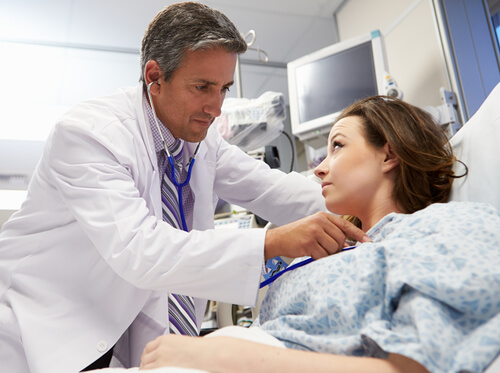 can be an uncomfortable experience and therefore offering patients a safer treatment encourages them to become less physically dependent on the drug.
Medical detox from Lexapro is just the first step of a rehabilitation program. Professionals believe that the use of substitute medications allows patients to be in a better frame of mind to discuss the rest of the process, which makes Lexapro success rate higher. There is also added safety because they will be under medical supervision. While this is a relatively safe process, if something goes wrong there are people around to help immediately.

Self-detox can be dangerous. Most patients are under the impression that detoxing from their drug is a simple and easy process. However, such a belief is far from the truth. Detoxifying from SSRIs like Lexapro always have risks involved. If one does not taper correctly, escitalopram side effects withdrawal may occur at extreme levels, and some could be fatal. There is no monitoring and immediate professional help available for the treatment for addiction.