What Is Lexapro Prescribed For? Getting Escitalopram Legally

Lexapro is an antidepressant drug that is mainly prescribed to treat depression by primary care physicians and psychiatrists. It’s also a big money maker for different manufacturers as it is now very easy to get Lexapro prescription online. The more scary part is that some pharmaceutical companies are even willing to dispense it even without a prescription.

What Is Lexapro Prescribed For?

Lexapro medication, a popular brand of Escitalopram, is an antidepressant. It works by delaying the reabsorption of a neurotransmitter known as serotonin, hence classified as a selective serotonin reuptake inhibitor (SSRI). Serotonin helps promote feelings of general well-being and stabilizes mood when it is released in the synaptic gap between neurons. A low level of serotonin can result in depression.
While depression is commonly the main reason why is Lexapro prescribed, 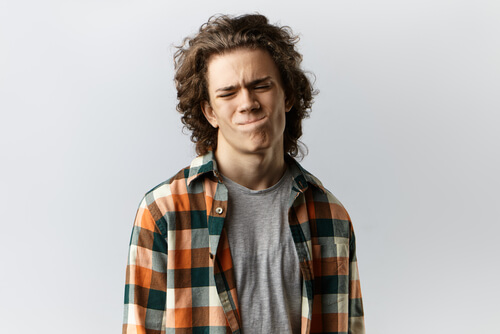 it can also be used to treat several other mental health disorders like alcohol use disorder (AUD), social anxiety disorder (SAD), post-traumatic stress disorder (PTSD), obsessive-compulsive disorder (OCD), premenstrual dysmorphic disorder (PDD), and generalized anxiety disorder (GAD).
How long does Lexapro take to work would differ from one patient to another? But generally speaking, SSRIs have the highest success rate as compared to other antidepressants. There are also less reported side effects, which are manageable by adjusting Lexapro dose.

Although Lexapro is not a controlled substance, the single most important requirement is that the patient has a real escitalopram prescription to hand over to a pharmacist. According to the US federal law, any pharmacy must be able to prove that the patient has a relationship with a doctor who can prescribe Lexapro before dispensing the drug. The doctor’s signature is required on the prescription.

One can get legit escitalopram prescribing information by seeing a doctor for physical examination and assessment. Only after ruling out other medical conditions that may present with similar symptoms and identifying problems with the neurological system can a doctor confirm the diagnosis of depression or other mental health disorders.

Some online pharmacies, however, employ in-house doctors to offer Lexapro prescription assistance. This does not coincide with the law because they have no basis by which to make a diagnosis.

Questionnaires are not sufficient to meet the basic standards for diagnostic competency. In most cases, they are a scam. 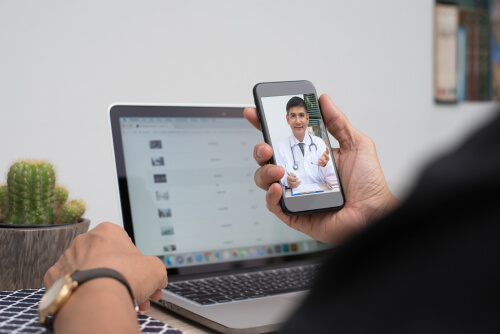 Though groups like the Federation of State Medical Boards are now allowing telemedicine physicians to write drug prescriptions provided that specific technical and medical criteria are met, drugs that require an in-person evaluation are not included. They can only write prescriptions for antibiotics, antifungals, allergy drugs, high blood pressure medications, cholesterol-lowering drugs, decongestant nasal sprays, and an oral contraceptive. Lexapro prescription is not one of them.

Buying Escitalopram Without A Prescription

It’s not unusual to receive emails that claim no prescription is needed to purchase a name-brand anti-depressant drug. Aside from the convenience of not needing to visit a doctor to get a prescription and have the drug delivered immediately, people are ordering online to reduce the cost of Lexapro price through coupons.

However, ordering Lexapro without prescription from such a pharmacy may cause serious troubles. When buying from an unknown company, patients run the risk of getting counterfeited drugs. There are fake depression medications being sold online. Some of these drugs include ingredients that are not safe for consumption.

Also, there’s a high probability of misusing and abusing Escitalopram if purchased randomly without proper Lexapro prescribing information and these come with various dangers. It can increase one’s risk of side effects like headache, drowsiness, nausea, restlessness, and low sex drive. Potential serious side effects may also occur, which include skin inflammation, high fever, rapid heart rate, and seizures. Escitalopram and weight loss are related but would depend entirely on how a patient’s body will react to the medication.
With unlimited access to these drugs online, the risk of addiction jumps exponentially. Patients develop an uncontrollable craving for it. Others even take combinations like Lexapro and Adderall, which are both stimulants, hence may cause life-threatening consequences.

Getting Professional Help With Lexapro Abuse

Much more remains to be understood about Lexapro abuse and substance addiction treatment. Cessation of Lexapro can result in withdrawal symptoms, especially when a patient stops abruptly. Common symptoms include flu-like symptoms, irritability, headache, vertigo, nausea, insomnia, dizziness, anxiety, excessive dreaming, and confusion. Feelings of hopelessness and thoughts of suicide are less common but are most likely to occur in young patients. The normal protocol for discontinuing the use of this drug involves a gradual reduction in dose.
This drug is mainly metabolized in the liver. The mean terminal half-life of Escitalopram is approximately 27-32 hours. With once a day dosing, a stable plasma concentration can be achieved within approximately one week. If a patient is taking 40 mg daily, it should be reduced to 10 mg per day throughout a few weeks before finally stopping.
Abruptly stopping can make the onset of symptoms more severe. The risks involved make proper care and support from drug abuse facilities critical.