Escitalopram often sold as Lexapro, is commonly prescribed to patients with anxiety, depression, and related mental disorders. Understanding what Lexapro is and the specific uses of the drug are important for patients with such a prescription. Lexapro for depression can help a patient experience a relief of symptoms, but when the drug is abused, it can cause addiction symptoms and also lead to harmful side-effects. Let’s consider the Lexapro benefits when used according to instructions provided by a doctor, as well as see how the drug can become harmful when used as a recreational drug.

What Is Escitalopram (Lexapro)?

Escitalopram is a pharmaceutical drug that doctors tend to prescribe to patients who exhibit signs related to depression. Lexapro uses do not only extend to depression, but the drugs can also be used to assist in the treatment of other conditions. Understanding what does Lexapro do is important for patients for them to know how the drugs interact with their bodies and also ensure the patient knows what their risks are when they have prescribed this particular drug.
Lexapro is the most common brand name that contains Escitalopram as an active ingredient. Lexapro drug class is selective serotonin reuptake inhibitor, a type of antidepressant that improves the balance of serotonin in the brain, a neurotransmitter that is known to affect depression, mood, anxiety, and more. The same answer would apply when asking the question of how Lexapro works for anxiety.

What Is Lexapro Used For?

People starting Lexapro turn to the drug for various reasons. The drug is classified as an SSRI, but even though this type of medication is utilized for depression primarily, there are other potential escitalopram uses. Additionally, some people have been found to use Escitalopram for recreational reasons. Let’s consider each use individually below.

Specific Escitalopram dosage instructions have been indicated by the FDA, where patients are usually advised to start with a low dose and then gradually work up to a higher dose that will assist in reducing their symptoms. However, it is imperative to stick to the dosage prescribed by a doctor, and not to increase or reduce it without the consultation. Some users may search for a Lexapro coupon – since the drug can be costly in some locations.

There are certain off-label uses that Lexapro may be prescribed for. Off-label treatment refers to the prescription of the medication to a patient for a use other than what the drug has been approved for by the FDA. Lexapro bipolar treatment is sometimes considered by physicians where the patient exhibits symptoms that are associated with bipolar disorder. Lexapro OCD treatment is also sometimes considered, but the physician would have to consider the patient’s unique case to determine if this would be an appropriate option for the patient.
Other off-label uses of this medication may include:

It is important to consider potential Escitalopram interactions when using this drug – patients should discuss any drugs or supplements they are taking with the prescribing physician before using the drug.

Lexapro without prescription is not considered legal in the majority of countries. In cases where a patient obtains the medication without a prescription, the reason behind obtaining the drug is usually for recreational purposes. 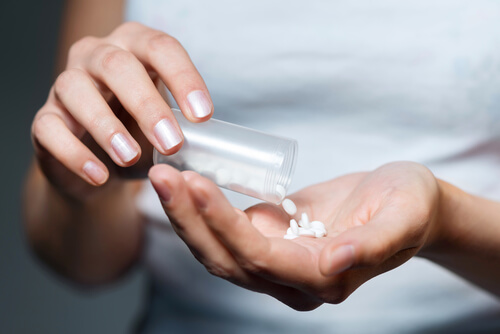 Patients and physicians need to understand what Lexapro is prescribed for, in order to avoid recreational use and the abuse of the drug. Taking a higher dose of the medication will not make it work faster or more effectively.
Many people who are turning to Escitalopram for recreational usage do so to experience a high.

While some have reported they experienced a burst of energy, similar to some illicit drugs out there, these effects have only lasted for an insignificant amount of time and resulted in many side effects afterward. Thus, those who want to experience a “high” from the drug often discover that there are adverse reactions to misusing a drug like escitalopram.

Who Should Not Take Lexapro?

Not everyone is considered an ideal patient for Lexapro or any of the other medications that contain escitalopram as an active ingredient. Firstly, some patients may be allergic to the active ingredient in these drugs, which can cause them to experience reactions should they use it.
Apart from potential allergic reactions, patients that met any of the following criteria may also not be appropriate candidates for this medication:

The pharmaceutical company that manufactures Lexapro have been involved in multiple lawsuits regarding this particular drug. The majority of these cases revolved around that the fact that the company did not place the right warnings on the packaging of the product – some patients experienced suicidal thoughts while they were using the drug. The cases mentioned that the patients did not know that the medication could have such side effects. Furthermore, there are also lawsuits against Lexapro due to no warnings given on their packaging regarding side-effects that can occur to pregnant women. The possible adverse reactions also include the increased risks of heart defects and autism in their children. The other loud case was when the manufacturing company was found guilty for promoting the use of Escitalopram on children.

When not used according to the provided instructions and for an appropriate reasons, such as in cases where a prescription of Lexapro for OCD or depression is provided, but rather for recreational usage, addiction may occur. Even in patients who do follow the prescribed instructions, some level of addiction is also possible – where the patient would experience Lexapro withdrawal symptoms once they decide to stop using the drug.

Weaning off Lexapro can cause some side-effects to occur, especially when addiction was developed by the patient who took the medication. Lexapro nausea which is a common side effect may also occur as a sign of physical addiction when stopping to use the drug or occurs as a sign of need to increase the dose. Other signs of physical addiction occur as the patient becomes dependant on it and by the time one becomes unable to function without increasing the dose. These symptoms appear and increase by time:

Side effects of addiction and weaning off tend to defer from patient-to-patient, but these are the general physical symptoms that may occur.

As described previously, the article showed how does Lexapro work; the drug interacts with chemicals in the brain; thus psychological addiction and withdrawal symptoms linked to the patient’s psychological health may occur as well.
The patient became afraid to stop the drug due to the withdrawal symptoms and on the other hand, one can’t function properly without the drug. The patient became dependant on the drug in every aspect of his life, and this is why researchers found that more than 60% of American patients who took antidepressants, are still using it for more than two years. Still the negative reinforcement of depression, is the main motive that the patient wants to Lexapro, as he doesn’t want to feel depressed again.

What Does Lexapro Do When Abused?

When a patient does not understand what is the drug Lexapro used for or how to use the drug safely, they may be at risk of abusing the drug. There are different reasons why a patient may choose to abuse the drug. When a patient already has substance dependency issues, they may also be more likely to mix Lexapro and alcohol, as well as with other substances.
In order to avoid abusing Lexapro, it is crucial to know the best time to take Lexapro for anxiety, depression, and other conditions. While the Lexapro success rate is relatively high, the risks involved – including the possibility to abuse the substance – should always be taken into account.
Due to the effects of escitalopram abuse in the body, especially by people who are not sure what is escitalopram used for, complications may become present. Weight gain on Lexapro is possible, for example, along with other potentially dangerous psychological complications.

Escitalopram Use In Addiction Treatment

Patients who experience depression along with addiction, such as alcohol dependence, may be provided a prescription for Escitalopram. While addiction is not officially on the list when looking at questions like what is the drug Lexapro used for, the idea behind this type of treatment solution would be to assist in the treatment of the depression. Additional therapeutic solutions may be further used to address the addiction itself in the patient. Escitalopram is considered an adjunct medication in these cases. For example, the drug had proven efficacy in alcohol dependence treatment. The other potential benefits of Lexapro are still under investigation. For example, the clinical trials of Escitalopram use in internet addiction and gaming disorders treatment and have also shown some promising results. However, this does not mean that the drug is not addictive.

Whether the patient wanted to find out can Escitalopram get one high, or had other reasons for abusing the drug – addiction to the drug needs to be treated through an appropriate program, as cessation of the drug in a cold-turkey style will lead to withdrawal symptoms.
With Lexapro addiction, the patient’s dosage will be gradually reduced. Taking the patient off the drug cold-turkey can lead to withdrawal symptoms, which is why their dose will be lowered until they can get off the drug safely. There are cases where a patient may also be prescribed a different antidepressant. In these cases, the prescribing physician will closely monitor the patient’s progress to ensure the new drug works effectively and to avoid the patient becoming addicted to the new drug instead.
Substance abuse therapies are available for patients who require professional help. In such cases, the patient may be admitted to one of the best drug rehab centers in their local area to undergo detoxification and further treatment to assist in reducing their withdrawal symptoms. A patient may also need to undergo a Lexapro drug test to determine if the drug is still present in their system.
Patients who overdose on Lexapro should not be submitted to a rehabilitation center, as treatment needs to be administered at an emergency room in most cases. Patients need to understand how long does it take Lexapro to work in order to avoid overdosing due to the patient desiring a faster effect.