Ecstasy Addiction: How Addictive Is It? 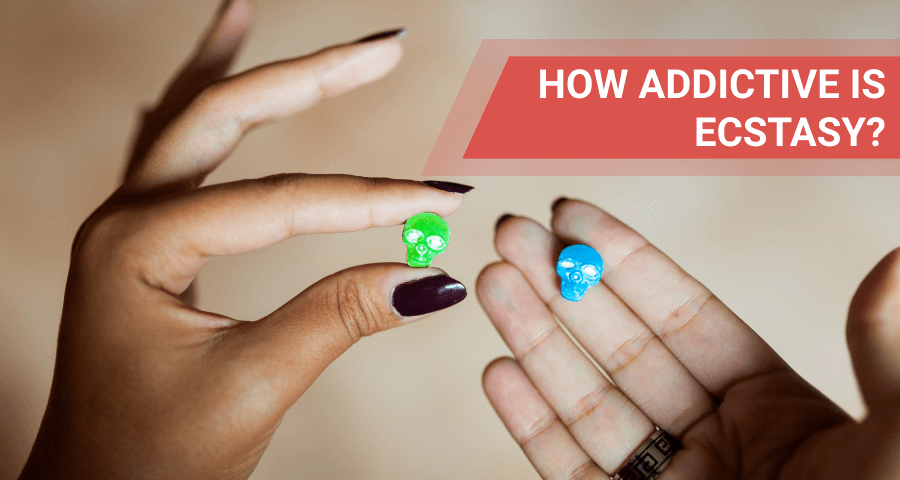 Ecstasy is a popular club drug, which users often present it as the “safe party drug”. Some people claim that its active substance MDMA is not addictive at all. No drugs are without side effects. Many Ecstasy users develop addiction problems, and some even die from it. Learn more about the ecstasy addiction below. 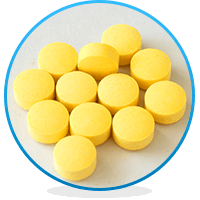 There is no clear-cut evidence that 3,4-methylenedioxymethamphetamine itself causes addiction in humans. There are reasons why there is still a lot of confusion about Ecstasy. While there certainly are medical studies interested in the properties of MDMA, it is, in fact, difficult to find people affected uniquely by this substance.

With every subsequent dose, reaching the rewarding high gets more and more painful and slow. Some optimistic researchers suggest that this makes many ex-consumers stop the drug. But this does not take into account multi-drug use and whether these people were actual addicts to Ecstasy.
There is no specific diagnosis for a dependence of MDMA yet. Ecstasy consumers are usually classified using the amphetamine or the hallucinogen dependence criteria.
What is worse, there have been no FDA-approved medications developed to treat MDMA dependence.

What Do The Numbers Say?

But 39,000 teenagers aged 12-17 (0.2% of the population at this age) are reported to have used Ecstasy.
And the percentages are stable since 2002. The fact that many users eventually stop it could explain that. If the user rate is stable and there are new users every year – a roughly similar amount of consumers drop it.
According to a 2009 cross-sectional survey, 20% of the studied 1,658 regular Ecstasy users qualified as addicted using the standard Severity of Dependence Scale.

Does that mean that Ecstasy is a safe drug? Maybe 20% are not handling the drug correctly? If users make sure to drink enough water, not mix it with alcohol or other substances and only use it recreationally one at a time?
Definitely no. Saying that MDMA is not declared as addictive, does not mean that it is not. And it does not mean that it is safe for physical health. Keep in mind: Ecstasy is illegal for a good reason.
Finally, the pills sold as Ecstasy nowadays often do not merely contain MDMA, but also other unpredictable, addictive, and health-damaging substances. In this case, Ecstasy pill consumers can develop an addiction to methamphetamine for example regardless of their reaction to MDMA.
Once the desired effects wear off, what follows are unpleasant withdrawal symptoms of the comedown phase. A natural feeling is the urge to avoid physical and psychological pain. Many Ecstasy users cope with them by taking another dose of Ecstasy or another drug. 92% of Ecstasy consumers are estimated to abuse other substances, including heroin and cocaine.
So many MDMA addicts are in fact addicted to several substances at the same time.

When suddenly solicited, the effects of these neurotransmitters are highly exaggerated, and this mix of an ecstatic high is what people look for in Ecstasy.
After the unusual use of abnormally great amounts of these neurotransmitters provoked by taking an ecstasy pill, their amount in the brain depleted severely. That causes withdrawal symptoms, which are exactly the opposite of the desired effects. The reason is that there are not enough neurotransmitters left to do their job of maintaining the functions mentioned earlier.
The brain takes it as aggression and adapts to prevent a similar situation by decreasing its sensibility to the drug. That is called increasing tolerance. Someone addicted or dependent will want to take another dose of the drug. But because the brain is less sensitive, each next dose needs to be increased to attain the same effects as the previous one.

First, it is crucial to make a distinction between physical dependence and (psychological) addiction. Both are handled differently and not necessarily occur together.
Dependency refers to a physiological process, where the body relies on an external source to counteract the adverse consequences of substance withdrawal. Medication is usually efficient to treat them. Experiencing withdrawal symptoms and desiring to avoid them is not an addiction but physical dependence.
Addiction is a much bigger issue. It is a medical condition that consists of compulsively engaging in the pursuit of rewarding stimulation (behavior or substances), despite harmful consequences. It is a psychological diagnosis called substance use disorder. The keywords here are cravings and uncontrollable compulsions. Addiction requires complex and long-term treatment.
So:

While it is not entirely sure, if MDMA itself is causing dependence in humans, this seems to be irrelevant to Ecstasy users. That is because E pills contain a cocktail of random substances. And even if there were pure MDMA tablets out there, one wouldn’t know.
One out of five MDMA consumers is addicted to the Ecstasy pill. There is a 20% chance for every one of getting addicted. Is this related to a particular substance that is contained only in the pills this 20 % are taking? No one knows because no one knows what these pills contain.
It seems that Ecstasy pills cause dependence if not to MDMA than to any other of the toxic substances contained in the tablet. Moreover, no one never knows what other ingredients are mixed in.
So addicted to MDMA or not, most of the Ecstasy consumers are addicted to some drugs. It is likely that they have been exposed unknowingly to other toxic and addictive substances.

In addition to that, consuming Ecstasy pills is extremely harmful to mental and physical health.
Sources
Share: