Ecstasy Detox – What to Expect? 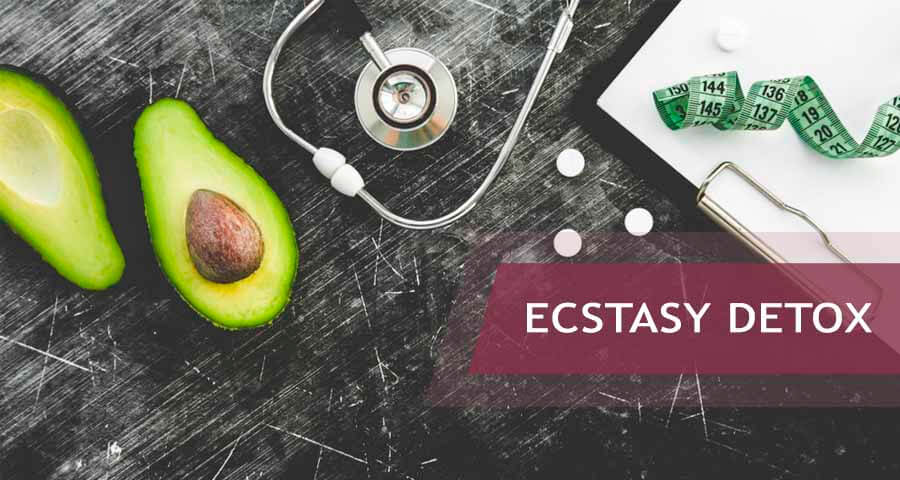 For many ecstasy is a substance which, as its name suggests, gives users a feeling of euphoria. However, what many users don’t realize is that a full detoxification process may not be a comfortable process. It is important to be aware of what can happen to the body when a detox is initiated. This article will highlight the process the body goes through when a user decides to stop taking ecstasy. Learn what withdrawal looks like and to identify any possible side effects which may appear.

What Ecstasy Detox Is

First a word about what detoxing really means. Detoxification is a process which is carried out over a period of time in which one abstains use from and ridding the body of toxic or unhealthy substances. This means stopping ingesting the substance which it was supplied with often and isn’t always easy. Whether it’s cutting out sugar from diets or trying to quit smoking, breaking an addiction is difficult, and the body often does not want to give up the substance without a fight. This is where withdrawal and side effects come into play.

Importance Of Detoxification From Ecstasy

Although there is no are no scientific studies showing that people can become physiologically addicted to ecstasy, users can become psychologically dependent on it and, with recurring use develop an increased tolerance to it. Those are two solid reasons to begin thinking about an ecstasy detox.
Another reason is the likelihood that one may not actually be taking pure MDMA (the scientific term for ecstasy). The drug can be administered in many forms including pills and capsules, although it can also be snorted or consumed in liquid form, it is often cut with amphetamines and caffeine and other fillers.

The risk of taking pills, capsules or powder presented as pure ecstasy is that they can contain other drugs such as cocaine, ketamine or methamphetamine, just to name a few. Being unaware of what is taken is not only dangerous but can also be life-threatening especially if MDMA were mixed with alcohol.

In the end it is a personal decision to detox, and the reasons and motivations behind it need to be owned by the user. Because those reasons will motivate to keep going through the hard times of withdrawal.

Before One Starts Ecstasy Detox

It is important that before a user begins ecstasy detox, they have a medical consultation. For people who use ecstasy occasionally, medical supervision may not be necessary, but for heavy users it is highly recommended. Consulting with a medical professional can help to form a safe and individualized plan for detox which will take account of the medical history of the patient and thus be the optimised to the individual. It will also provide the opportunity of having specialized care if any issues should arise as well as any necessary follow up and long term care.

Detox starts as soon as the effects of ecstasy begins to wear off, approximately 3-6 hours after the last time one used it. Essentially each time a user consumes a second dose of ecstasy, the start of “come down” or withdrawal is postponed. Even first time users often describe the come down from ecstasy as tough experience. This is caused by when the sensations of pleasure, emotional happiness, increased energy, and distorted sense of time and space brought on by the drug wear off. As the effects wear off the user may feel empty and even experience depression. If the user refrains from ingesting a second dose they are on the way to beginning detox. In total it takes 3-4 days for the body to get rid of all the toxins found in ecstasy.

Responses to an ecstasy detox programme are highly individual and will also depend on other substances that may have been present in the tablets ingested and the medical history of the user. Whilst mild symptoms may not require medical attention, heavier users of ecstasy should expect increased side effects, which may require medical care and supervision during the process. Another thing to keep in mind is that even if someone has no previous history of mental illness heavy use of ecstasy has been known to cause psychosis, in which case medical attention must be immediately administered.
The most common symptoms of ecstasy withdrawal are:

Additional withdrawal symptoms that are associated with heavy ecstasy use include:

During the experience, it is important to stay hydrated and monitor body temperature. Immediately contact medical professionals if either of those should become an issue.
If a user can make it through the first 4 days of detox, the worst is behind them. That period is critical for relapses. Once the user overcomes it, the majority of the physical symptoms should be reduced. At this time, it is essential to care for the mental health side of the ecstasy detox patient. For often, at this point, they may start feeling lethargic, depressed, anxious, and confused and experience a lack of appetite. These feelings can often lead to relapse, so it is crucial to have support during detox, and if needed, reach out to a mental health professional.
The last step in maintaining a detox is maintenance. Problem users must have a support system and a safe environment during this time. Staying away from situations and people that could trigger craving is vital. Counseling can be a great coping mechanism to help find the strength and techniques to resist these urges.

Addiction Resource » Addictive Substances: The Anatomy of Drug Addiction » Ecstasy Addiction: The Signs and Symptoms of MDMA Abuse » Ecstasy Detox – What to Expect?