DXM And Alcohol: Is it Safe To Mix?

The use of dextromethorphan as a recreational drug has caused many users to decide to combine it with other substances. Mixing DXM with alcohol is one of the most popular combinations as the person looks for more potent DXM high effects. People tend to combine both because dextromethorphan medicine is sold over the counter, and alcohol is also easily accessible. Furthermore, DXM duration of action and its effects can be prolonged using alcohol after DXM ingestion. However, there’s a question regarding if it’s bad to mix alcohol and DXM. Considering that both drugs have adverse effects on their own, their combination could affect a person’s well-being.

Is The Combination Of DXM And Alcohol Safe?

According to the Drug Abuse Warning Network, ethanol is the drug that is more commonly used with dextromethorphan, surpassing by far the use of DXM and Xanax. But is DXM and alcohol use safe? The Network also reported that a majority of the cases that presented with major side effects were those in which there was a DXM-alcohol co-ingestion. Furthermore, the National Institute of Alcohol Abuse and Alcoholism has warned about the interaction of these two substances. Therefore, there are additional risks when taking dextromethorphan drug class medication as well as a drink containing ethanol, and the combination can affect a person’s health. 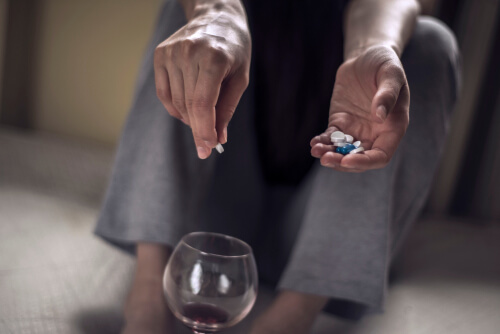 Effects Of Mixing DXM And Alcohol

Both the dextromethorphan powder and liquid forms, in amounts over the therapeutic ones, cause certain degrees of high, which can be affected by ethanol concomitant consumption. There are four different plateaus, and mixing alcohol and DXM can change the effects felt at each of these different levels.

DXM and alcohol interaction has its main effects on the Central Nervous System; therefore, other consequences of combining both drugs are dizziness, nausea, and intense vomiting.

Risks Of Mixing Alcohol With DXM

Adverse outcomes due to the use of these two drugs can cause long-term effects, especially with chronic use. These effects can affect at a social, physical, and mental level: 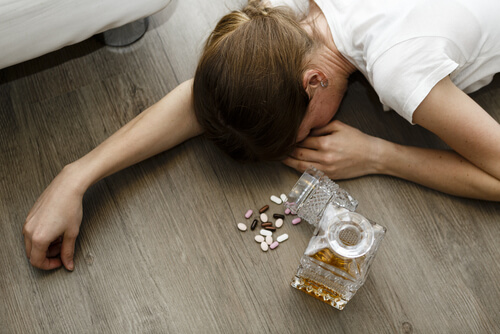 Treating The Effects Of DXM And Alcohol Combination

The use of two depressants of the CNS can have fatal consequences. Dextromethorphan and ethanol can also lead to adverse events, which highlights the importance of preventing these negative outcomes. Taking only the amounts recommended of cough syrup containing dextromethorphan and avoiding concomitant drinking are instrumentals in preventing these alarming consequences.

It’s important for people addicted to these substances to recognize the need to look for substance abuse treatment programs. This way, there is a chance of recovering a healthy life, free of addiction to any of these substances. Dextromethorphan detox, as well as alcohol detox, are the first steps to take during treatment of this type. Drug abuse rehabilitation centers have qualified medical professionals that can be instrumental during this process. There are options for both inpatient and outpatient protocols, depending on the severity of the case and what the person desires. In both cases, group therapy and individual therapy are recommended. Family therapy might also be part of the rehabilitation approach. It’s essential to have professional supervision, especially during the initial stages of the treatment. The underlying causes for the ingestion of both substances should be addressed, to promote a profound understanding of the disease and increase the chances of recovery.