DXM Drug Test: How Long Does DXM Stay In System?

How long does DXM stay in the system? DXM class of medication is absorbed quickly and has an elimination half-life of 2-4 hours. The half-life of dextromethorphan varies. In extensive metabolizers, half-life time may be shorter than 2 hours. On the other hand, poor metabolizers may need up to 24 hours to eliminate dextromethorphan from the system completely.
Half-life and dextromethorphan drug test are closely related subjects, as this chemical is easier to detect in poor metabolizers. This medication is excreted from the body via the renal pathway. Cases of severe intoxication and/or chronic use will result in longer elimination time.

What is the half-life of dextromethorphan? DXM elimination half-life is most often used synonymously with the term biological half-life, which is the total amount of time an organism needs to remove a chemical. DXM half-life is sometimes measured by plasma half-life. Plasma method measures the amount of time it takes for plasma concentrations of a compound to halve.
The exact length of half-life time depends not only on the speed of metabolism. DXM HBR has a shorter half-life, due to fast absorption time. DXM Polistirex, on the other hand, has a longer half-life. This is due to the longer release time of Polistirex, meaning that this form of medication is easier to detect by a drug test.
Purified forms of the chemical have a shorter elimination time than the combination of dextromethorphan and quinidine, for example. When mixed with quinidine, dextromethorphan will be detectable via drug test for longer than 13 hours, even in fast metabolizers. DXM only products will thus have a shorter biological half-life.

This cough syrup medication is metabolized by the liver, which breaks down this chemical by making dextromethorphan metabolites. Enzyme metabolism of DXM relies heavily on cytochrome P450 enzyme, which is dysfunctional in poor metabolizers. These people cannot break down the chemical, which stays in their bodies for more extended periods. Other enzymes are also involved, but their contribution is less clear.

This means that about every tenth person in the US is a slow dextromethorphan metabolizer, which is expressible in drug tests.

The main dextromethorphan metabolism pathway goes through the hepatic portal vein, which carries blood from the gastrointestinal tract to the liver.

Dextromethorphan On A Drug Test

Does dextromethorphan show up on a drug test? It is not easy to answer this question. This substance isn’t a part of standard drug tests. Even extended drug tests don’t include it as their essential part. And there is a simple reason for this – dextromethorphan is legal. However, with more cases of adolescent DXM addiction, more and more companies have started to include dextromethorphan as a standard part of their drug tests. 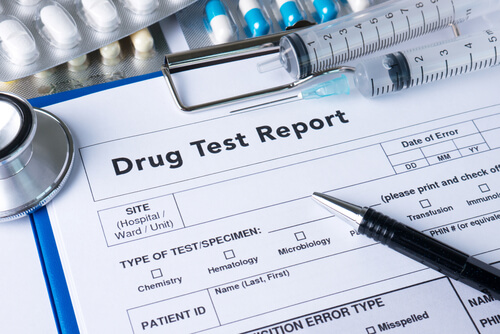 How many days does it take for DXM to get out of the system? There are no straightforward answers, as there are a lot of different drug tests available. Most dextromethorphan will be eliminated in a matter of days, while traces of dextromethorphan will stay in hair follicles months after use.

How Long Does Dextromethorphan Stay In The Urine?

As this cough syrup drug isn’t a standard part of most drug tests, there are no definite answers to this question. A temporary period of 5 days is often accepted as the upper limit. Dextromethorphan urine tests are still rarely used.

How Long Does Dextromethorphan Stay In The Blood?

In short metabolizers, traces of this substance can be found in blood plasma 4 hours after ingestion. After the first few hours, all traces of the chemical are eliminated from the blood, which is why this method of drug tests isn’t the most popular one. This also means that the dextromethorphan military drug test isn’t something to be afraid of.

Hair Testing For DXM: May It Be Revealed In Follicles?

Hair follicle drug tests are the most extensive drug tests available, and these tests will be able to detect this chemical month after consumption (the exact length is unknown).

Is It Possible To Detect DXM On Saliva Test?

A group of researchers from the US developed an efficient method for detecting DXM in saliva. This is still a novel technique, and it is unclear whether it can detect the medication days after ingestion.

Factors That Influence On Time Of Staying Dextromethorphan In The System

Higher doses will stay in the body for more extended periods. Severe acute intoxication is easier to detect by drug tests than moderate use. For instance, ingesting 600 mg DXM dose counts as severe intoxication. Similarly, acute cases involve combinations with other substances, such as Zoloft and dextromethorphan.

Some recreational users resort to snorting DXM in its pure form, but the way of taking the drug do not influence the elimination half-life time. However, abusing DXM in this way may harm mucous membranes and cause many other adverse side effects.

This time also does not depend on taking the medication in other forms, such as dextromethorphan capsules, or when combined with other substances.

Will Dextromethorphan Make One Fail A Drug Test?

Is it possible to fail a drug test with dextromethorphan? This medication can be detected via different drug tests, even though most drug tests focus on illicit substances.

DXM false positive drug test is one of the most debated issues with respect to DXM drug tests. More specifically, ingestion of this drug might be falsely identified as PCP consumption, which is a big problem considering that PCP is illegal.

DXM false positive and opioid consumption is highly improbable, as one study proved that even high doses don’t result in a false positive opioid drug test.

Ways Of Getting DXM Out Of System

What To Do After Dextromethorphan Leaves The Body?

Even when the drug leaves the body, there may remain some psychological and physiological symptoms (e.g., DXM headache). Severe symptoms often warrant psychotherapeutic treatment and counseling. A primary part of the addiction therapy is the replacement of this cough remedy with DXM analogs. 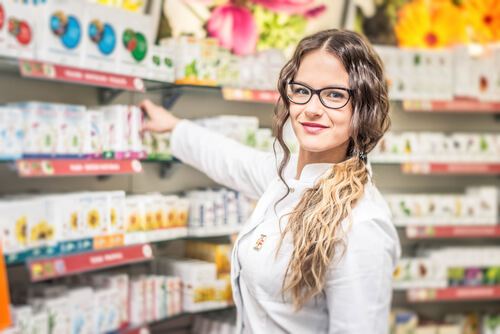 Chronic users and addicts will have a longer half-life of this cough syrup medication, and these people will need to be treated in drug rehabilitation institutions. Purified forms of this medication, like DXM crystals, are very potent and increase the chances of overdose.

Is DXM addictive? Although less prominent than addiction syndromes some other substances produce, people can get addicted to the popular cough syrup medication. Chronic consumption results in a longer half-life and more chances of dextromethorphan showing up on a drug test. The onset of addiction is often insidious, especially in people who try to justify their bad habits (using DXM for sleep is a frequent justification).