The Origins of Methamphetamine

The first synthesis of amphetamine was back in 1887, by the Romanian scientist Lazar Edeleanu. He derived this substance from the Chinese Ma-Huang plant. Its primary name is phenyl isopropylamine. The official discovery of Methamphetamine was in 1893 in Japan by the chemist Nagai Nagayoshi. He synthesized it from ephedrine. Presently, it remains the main ingredient for the production of Methamphetamine.
Another Japanese scientist, Akira Ogata, synthesized another version of methamphetamine. His endeavor was a tad different. It’s because he reduced the amount of ephedrine necessary for meth production. The product was a crystal powder that people could inject if they mix it with water.
They mainly used meth in 1920’s to treat depression and nasal congestion. However, its popularity soon declined after they noticed that it has manifold negative effects on one’s brain. However, that did not stop the mass production of methamphetamines in 1930’s. The brand name for the drug was Benzedrine. In addition, it came in the form of an over the counter nasal spray. The use was mostly by asthmatics and people with flu-like symptoms.
During the prohibition era, methamphetamine abuse reached its peak. In 1937, they presented the first meth pill to the public. As a result, this increased the popularity of the drug drastically.

What was the Use of Methamphetamine in World War II? 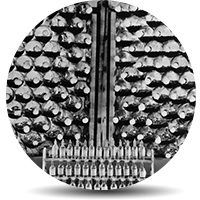 During World War II, methamphetamine use was in expansion on both sides. Both the American and the Japanese were fans of this substance. They used this mostly to provide energy for the collapsing soldiers. The Japanese gave meth to Kamikaze pilots before their missions. They thought this extra energy boost gave the pilots courage.
Germans produced meth tablets under the name Pervitin. The Third Reich soldiers took these pills to stay awake, as well as enhance their performance. However, the drug’s side effects were so awful that the Germans had to cut meth use in 1940. This was despite all the benefits coming from this revolutionary drug.
After the WW2 had ended, meth supplies in Japan became available to the public. This caused 2% of the Japanese population to become addicts to this drug.

How did They use Methamphetamine After World War II?

In 1950’s, they used methamphetamine primarily as a weight loss medication and antidepressant. One of the most popular methamphetamine pills was Obetrol. In fact, people strongly believed in this drug and relied on its potential benefits. Unfortunately, they often did not take into serious consideration the possible side effects. It became highly popular in young-adult circles. This is especially among college students and truck drivers. In the 1950s and 1960s, they often call it the “work pill”. This was due to its sleep-inhibiting and energy-boosting effects.
First, people noticed the number of ill-affected patients kept rising. Then, numerous research concluded that the drug’s harmful effects outweighed its benefits. For this reason, it was in the 1970’s that the government restricted the production of injectable methamphetamine. Furthermore, they declared it an illegal substance. In 1971, the government removed very last inhaler with a methamphetamine base from pharmacies.
With the legal ban of methamphetamine, gangs, and drug lords saw a great opportunity. They can make a profit on illegally producing and distributing drug. The locations of illegal meth labs were primarily in Mexico and California. It is where they produced methamphetamine excessively. One of the main meth producers were members of the famous motorcycle gang “Hell’s Angels.”
Methamphetamine had an introduction in Europe from the U.S. The Czech Republic was the most affected European country. In Asia, the main meth manufacturers were in Myanmar, Thailand, and China.

In recent years, Mexican drug traffickers and producers established their labs mostly in California. Several groups have access to ephedrine, which is the main ingredient in meth production. They produce a pure substance which they distribute across the country. These same groups control marijuana, heroin, and cocaine trafficking.
The Government is fighting a constant battle against meth producers by limiting production of ephedrine. The main issue is that meth ingredients are still widely available.

What are the Dangers of Methamphetamine Production? 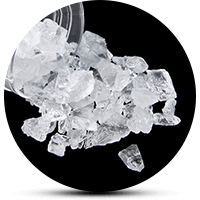 Incidentally, Methamphetamine production is an extremely dangerous procedure. In most cases, they synthesize this drug, in improvised home labs. Unfortunately, this is where accidents happen quite often. A careless chemist can make mistakes in the precise procedures. Meth lab explosions sometimes occur on a monthly basis, causing numerous deaths.
Furthermore, one of the most dangerous properties of methamphetamine production is the release of toxins. They can severely damage one’s health and the environment. Additionally, here is an interesting fact about the harmful fumes from meth production. It is that one pound of methamphetamine equals six pounds of toxic byproducts.
Some of the most common side effects of inhaling these byproducts are:

What was the Price of Methamphetamine Over The Years?

Back in 1997, methamphetamine price ranged from $3,500 to $30,000 per pound. However, as Meth supplies started running out, the price went up. As a result, this made many users switch to cocaine. Other ways of dealing with high meth prices were mixing it with heroin and coffee. This is especially in San Francisco.

Did you know that 2.5% of all Americans had tried methamphetamine at least once in their life? This is the claim of a 1997 NHDSA report. In the same year, ADAM announced that 40% of San Diego law offenders under arrest tested positive for meth. In San Jose, the percentage went up to 52%.
Today, Meth is still an illegal drug with a big user base. This is causing thousands of deaths every year. Fortunately, a great number of addicts seem to opt for treatment. As a result, they decided to seek help at professional rehab clinics. No doubt, Meth abuse has been a problem for centuries. Currently, it remains one of the most difficult addiction battles.